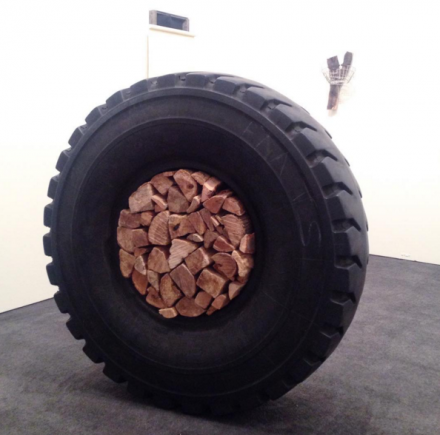 Moving down the beach from the Deauville to the Fontainebleau Hotel this year, the 2015 edition of NADA seems to be making moves in every way to establish the fair brand beyond the more fraternal, relaxed atmosphere that came to define its previous years in Miami Beach.  Taking up space in the hotel’s “Sparkle Ballroom,” the fair offered expanded space for both exhibitors and browsers, but still held some of the Deauville’s retro charm, as pictures of Frank Sinatra dotted one entrance. 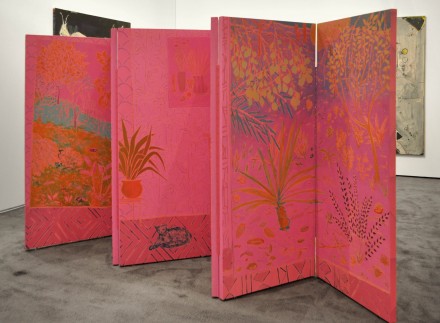 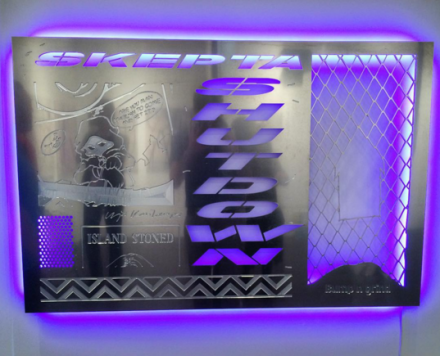 Inside the fair, however, the focus was distinctly contemporary, with a strong selection of artists and galleries working at the edge of practice and technique. CLEARING gallery had selected a series of pieces from its roster, including a paint-drenched mannequin by Korakrit Arunanondchai, dressed head to to in his signature denim garb, as well as a body of work by Huma Bhabha, currently showing at the gallery’s Brussels space. The Journal also brought a strong booth focused on its current show in Brooklyn, featuring pieces by Agathe Snow, including a striking fabric work of stacked, distended bodies. 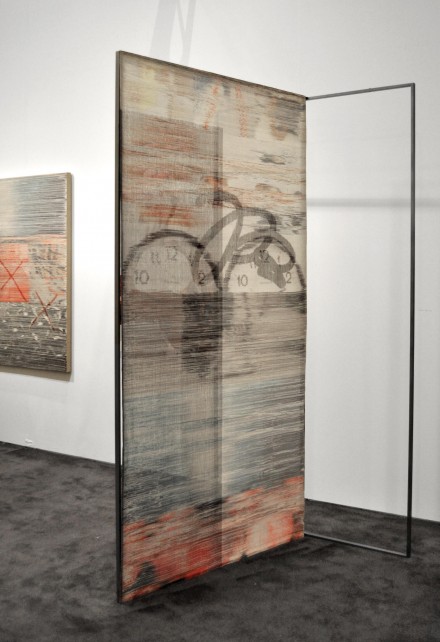 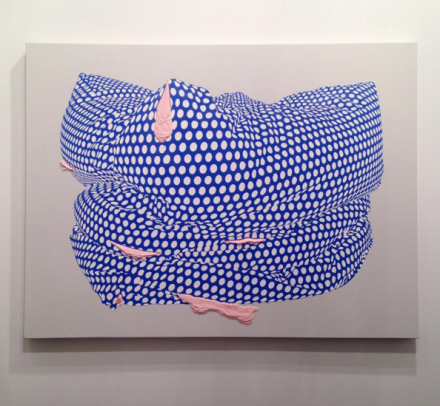 As usual, the fair saw its share of imaginative, material-focused works and forward-thinking technical process. Berlin’s Sandy Brown was a prime example, where the gallery was showing a series of glowing cut-metal works emblazoned with the names of grime rappers, UK Jungle record labels and urban signifiers by Swedish artist Ilya Karilampi, while a series of blenders filled with a viscous fluid by Gili Tal sat close by. At Detroit’s What Pipeline, artist Puppies Puppies had installed a massive inflatable globe in the space, forcing viewers to negotiate its bulk to view the works placed behind it.  The artist has seen impressive attention in recent months, capping an impressive show at fellow exhibitor Queer Thoughts earlier this fall, and commanding attention for his performance at Material earlier this year in Mexico City. 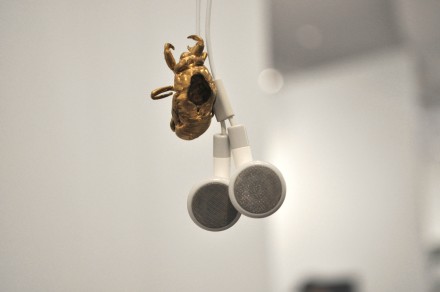 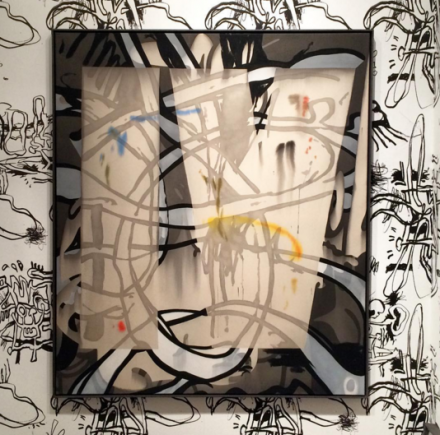 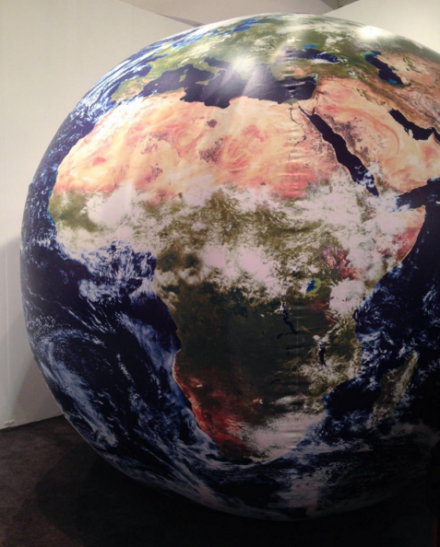 Puppies Puppies at What Pipeline

London’s The Sunday Painter was showing a selection of collages canvases by Neil Rumming, as well as a clustered string of phone chargers, extension cords and adapters by Rob Chavasse, assembled so that if all the plugs were active, the resulting surge would shut down the hotel power. “It’s a parasitic artwork,” gallerist Will Jarvis told AO, mentioning other iterations of the work as drawing from the image of the “rat king,” a group of rats tied together at the tail, and seen as a Middle Ages omen of bad luck.  “From the sewer to the street,” he added. 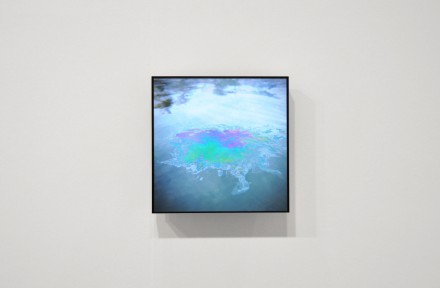 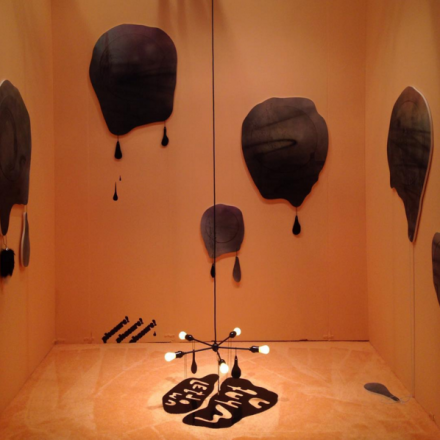 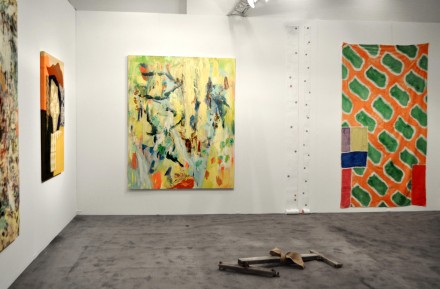 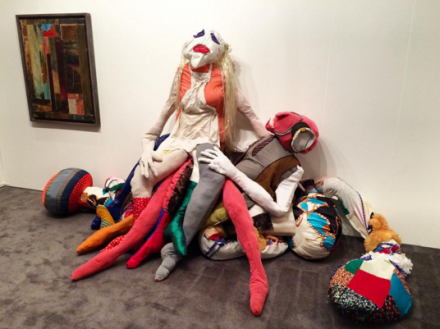 Agathe Snow at The Journal

A noticeable number of galleries seems focused on full-booth installations this year, inviting artists to create immersive, architectural interjections into the space. At LA’s Mier Gallery Projects space, painter Jan Ole Schiemann had hung a trio of densely layered canvases over a patterned wall installation, extending the artist’s swirling compositions out into three-dimensional space. On the other site of the room, Martos Gallery was showing JPW3, whose deep blue and yellow floors and walls made for a strong counterpoint to the group’s faded abstractions hung over them. In another project space, Brooklyn’s Signal Gallery had focused on smaller, more precious works, including a series of pieces by Bennet Schlesinger and Aidan Koch. (get a quote, while Manhattan space Callicoon Fine Arts had invited a trio of artists, Hesam Rahmanian, Ramin Haerizadeh and Rokni Haerizadeh, to paint a series of meandering, geometric forms along the booth flooring. In a less immediate turn, Invisible-Exports’s show of works by Cary Leibowitz had placed the artist’s snarky, cutting text paintings side to side across the expanse of its walls, bisected corner to corner with a sock-laden clothesline. 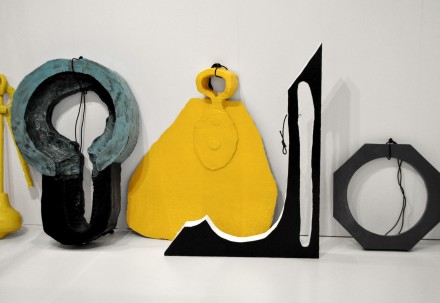 Erika Vogt at Overduin and Kite 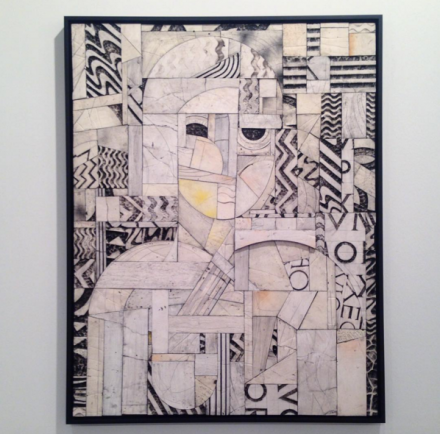 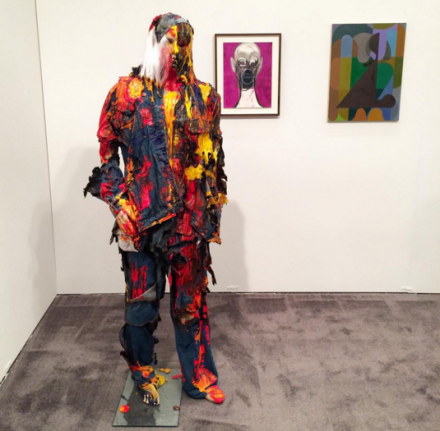 NADA has also partnered this year with Artspace prints, and was offering a duo of new works by Katherine Bernhardt and Michael Bauer, bearing each artist’s signature styles.  Bernhardt’s work, a composition featuring a full coffee pot and french fries struck a peculiar contrast with Bauer’s swirls of concrete text and gobs of color.  The fair was also offering a series of new clothing designs in collaboration with Print All Over Me, tapping Mira Dancy (who seems to be everywhere lately, from MoMAPS1’s Greater New York to Jeffrey Deitch’s Unrealism), and Amanda Ross-Ho (whose Home Alone bathing suit played a sly note towards the upcoming Christmas season, and its dissonance with Miami’s sweltering heat) among others for unique clothing designs. 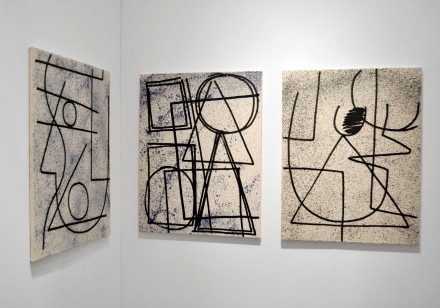 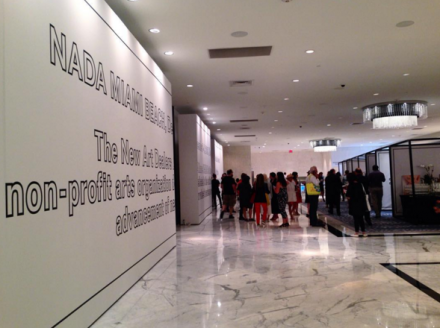 NADA Miami Beach at the Fontainebleau 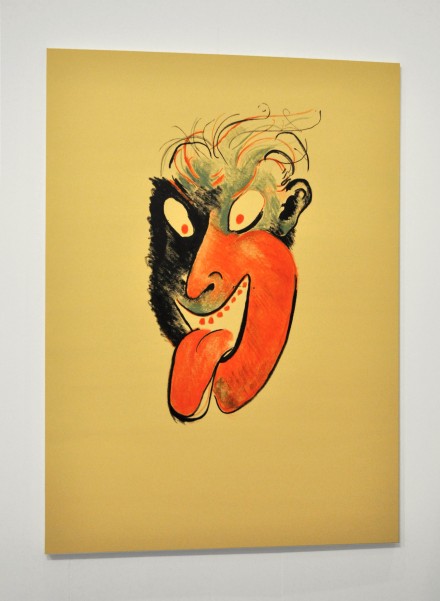 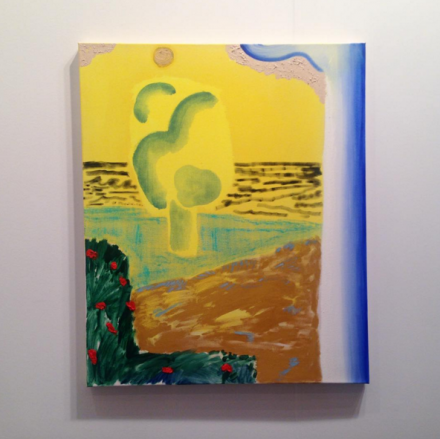 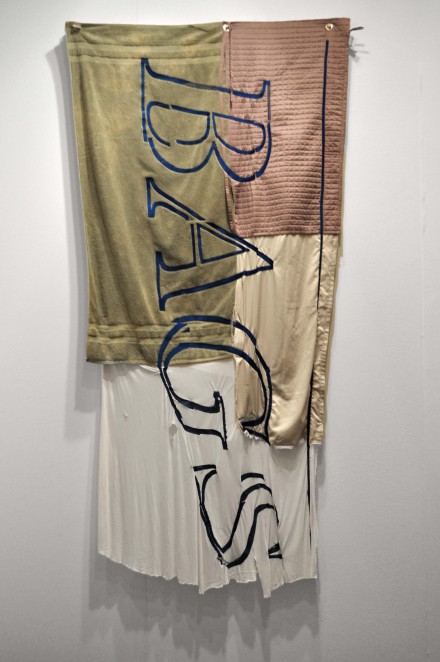 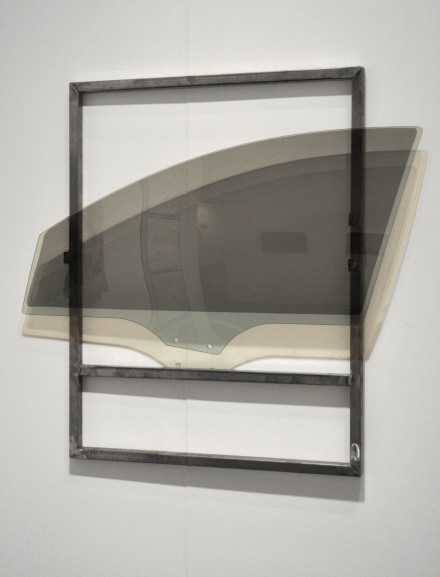 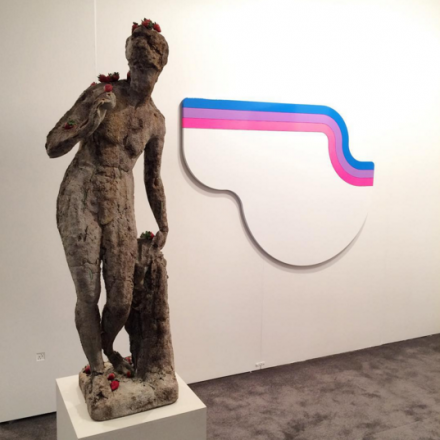 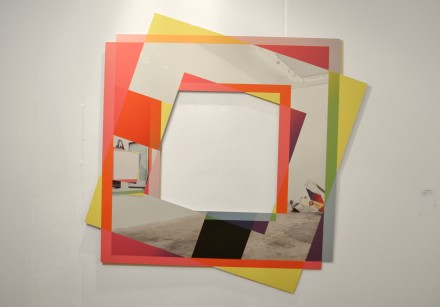 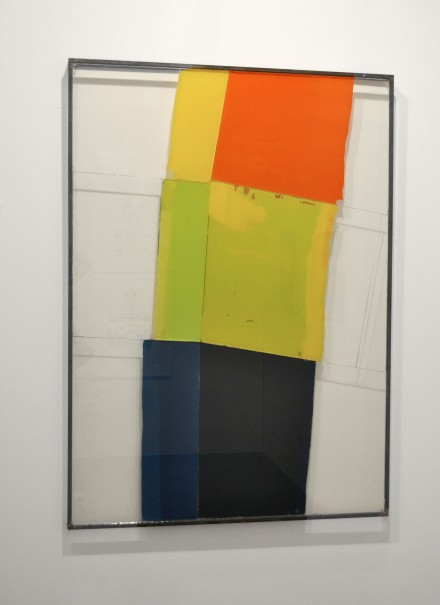 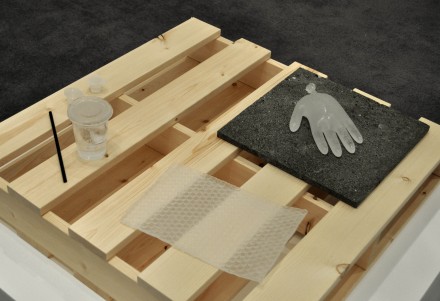 This entry was posted on Sunday, December 6th, 2015 at 6:18 pm and is filed under AO On Site, Art News, Featured Post. You can follow any responses to this entry through the RSS 2.0 feed. You can leave a response, or trackback from your own site.