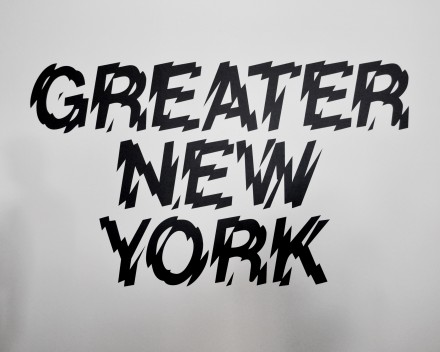 America is Hard to See, the Whitney recently proclaimed, opening the doors on a space that made the city around it part of its exhibition program.  For the most recent iteration of MoMA PS1’s Greater New York exhibition, the museum and its curators attempt a similar program, turning to the artists living and working in and around New York to present a deep, nuanced exploration of life in the metropolis. 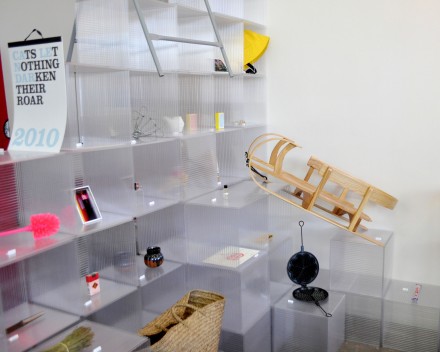 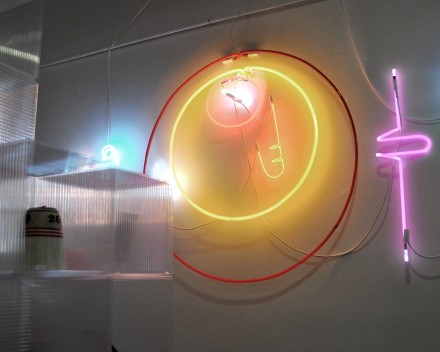 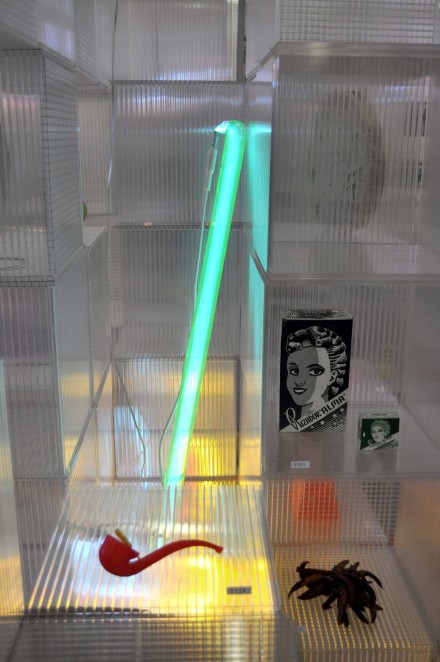 The exhibition takes an interesting course in the progression of works and artists on view, moving through a series of themes and variations as the show moves up from the basement, where artist Lionel Maunz’s dark, twisted sculptures take his background growing up in a family of doomsday “preppers,” and bends it through a vocabulary focused on human form and material detritus, carrying occasional inflections of Jeff Koons’s works from Equilibrium. 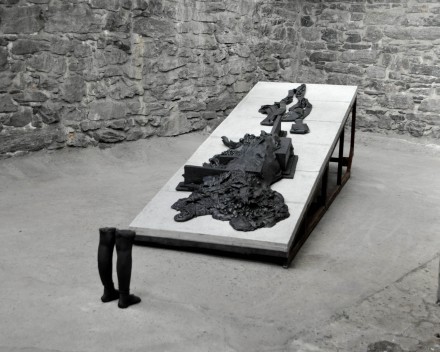 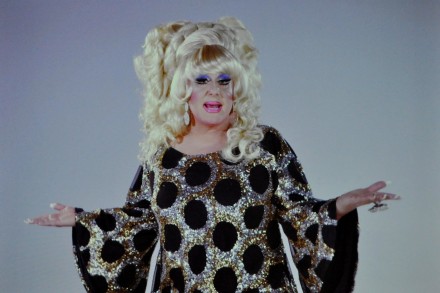 Charles Atlas, Here She Is from The Warning of Justice (2015), via Sophie Kitching for Art Observed 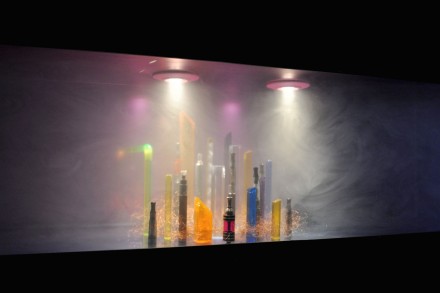 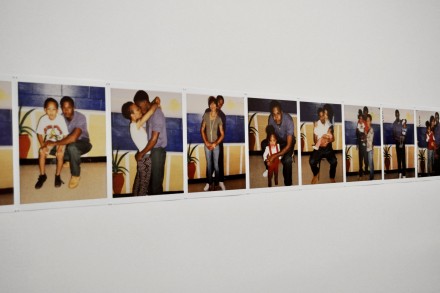 One floor up, the gallery brings in a cunning challenge of the city’s social conflicts and status quo, juxtaposing several rooms that invite comparisons of lifestyle, technique and form.  Dealing with issues of mass incarceration and black heritage, Deana Lawson’s works ring powerfully in conjunction with the archival photos of Rosalind Fox Solomon, while several rooms over, Glenn Ligon’s reflections on his various homes in the city trace a shifting politics of gentrification, identity and wealth.  These are countered with works heavily influenced by digital technology and media control, from Seth Price’s calendar paintings to Devin Kenny’s simple, yet ominous newspaper reprint, in which the artist repositions a newspaper photo of himself as a young boy, predicting a coming age of mass government surveillance..  The result of these pairings is the image of a fractured city politic, divided along lines of race, media access, power and wealth. 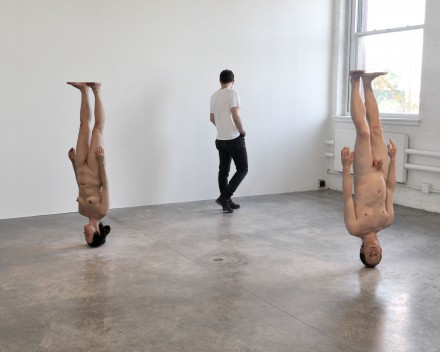 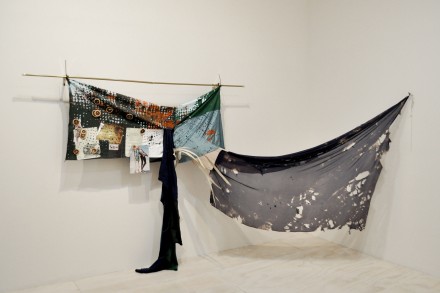 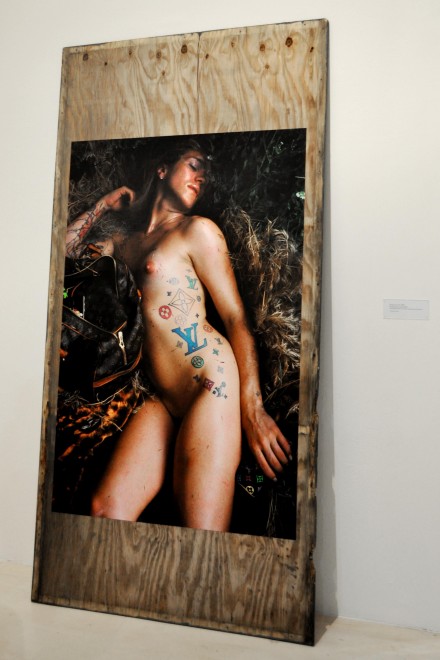 The city’s own history of artistic invention is documented here in abundance, and works, or groupings of works, often echo through the ages of late 20th century contemporary practice.  The result is a show that feels distinctly rooted to broader conceptions and lineages of the New York avant-garde.  This is perhaps best seen in the first floor room displaying the works of Jamian Juliano-Villani, Ajay Kurian, and Sue Williams.  Pairing Williams with a pair of considerably younger artists, there’s no avoiding the linkages between her florid, colorful abstractions and the work of Juliano-Villani, who twists this visceral painterly style back towards mass imagery, creating disturbing, cartoonish works that challenge the historical position of their subject matter.  Alongside these, Kurian’s bizarre still-lifes, composed from vape pens and kitsch decorations, feel of a particular continuum with the work of Robert Gober and Mike Kelley, creating bizarre twists on consumer commodities and American ideology that are equally comical and disturbing.  As if to emphasize these historical ties, and push them even further back into the continuum, a recent Peter Saul composition is also on view, further extending the relations of abstraction and figuration that have often defined New York’s painterly output. 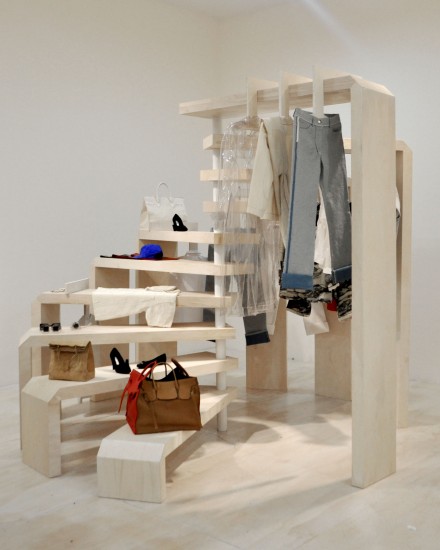 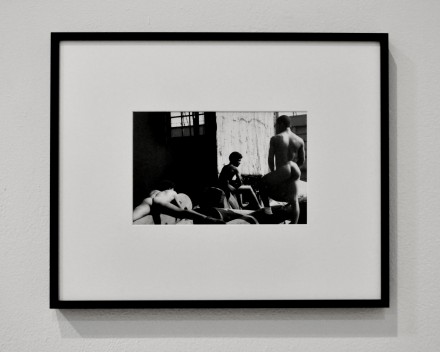 As the show progresses, a number of variations on these themes continue, branching into the city’s inextricable intersections with commerce, finance and trade.  These elements appear in vastly divergent threads, from interests in trade and exchange formats to the city’s perpetual role in the world of high-fashion and commodity commerce.  Several designers and even a few concept shops are represented, including Slow and Steady Wins the Race, whose diverse design concepts paired well with some of the digitally-focused works on the ground floor, wrapped in a circular display rack that took as much interest in materiality as display.  In two rooms on the second floor, concept shop KIOSK was displaying an archive of objects the store, run by Marco Romeny and Alisa Grifo, has collected or sold over the years, arranged in a vibrant, glowing series of neon-lit plastic cases. 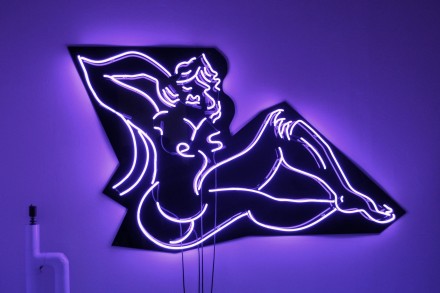 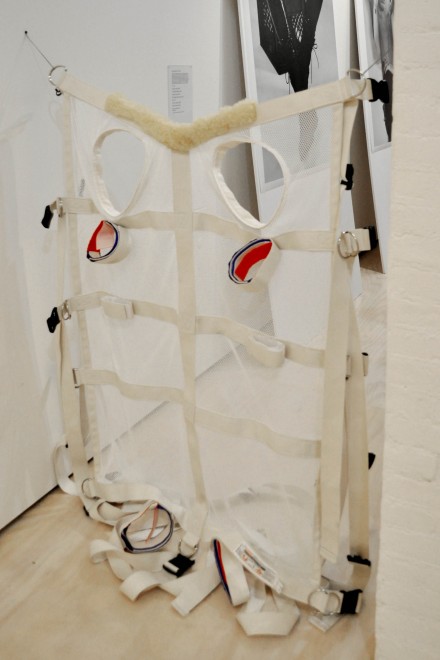 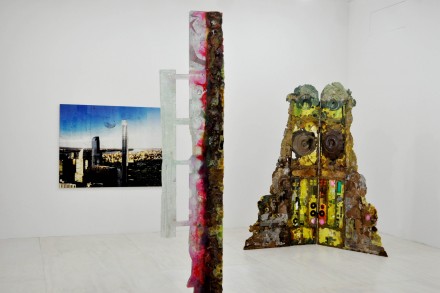 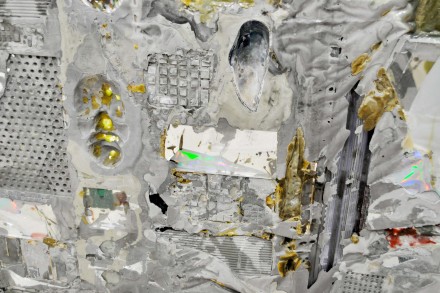 On the third floor, this tendency towards design repeats itself throughout a variety of media, from Mira Dancy’s glowing light fixtures to the delicate twisted sculpture of Stefanie Victor.  In another room Scott Burton’s sculptural furniture walks a thin line between the two formats, challenging both through its mix of familiar forms and difficulty of use.  It’s an interesting notion, to consider that graphics and design would tie so closely to the world of creativity in New York today, and the show seems to tacitly point at the intersections of mass production and appeal that may make these objects a more scalable, possible form for creativity in the rapidly gentrifying city.  As these easily marketed formats proliferate in a show dedicated to fine art, one may wonder if the possibility of being an artist proper may in fact be drying up in the city.  If the notions of nostalgia put forth in the exhibition text are to be accepted, this sense of a changed New York, where creativity seems to demand a certain bottom line, feels quite trying. 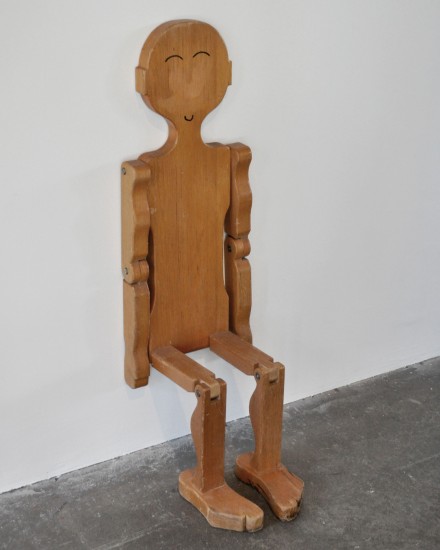 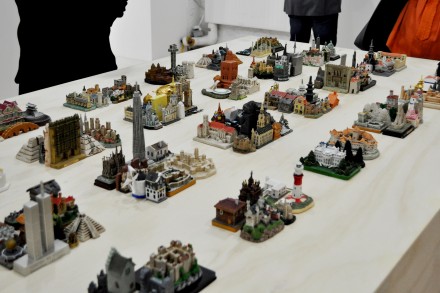 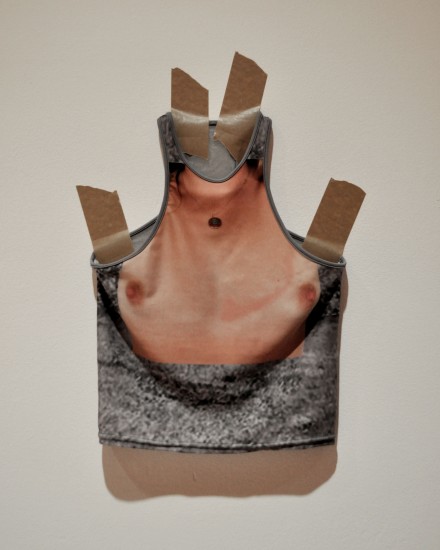 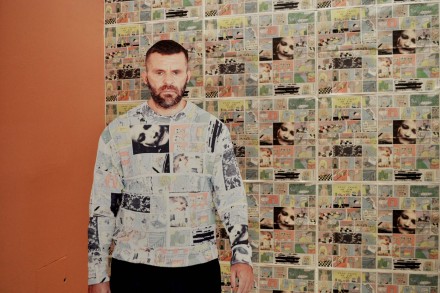 Yet at the same time, the exhibition seems to emphasize the work of art as a site of sustained cultural and societal critique, particularly in the rapidly accelerating contexts of international finance and globalized market control.  It’s in this context that Cameron Rowland’s work, from his piles of reclaimed copper piping to his exhibition of materials from forming a shell corporation, points out these subterranean forces, and turns them towards momentary diversions.  Similarly, artist Angie Keefer’s works, playing on the infrastructure and movements of financial trading in a post-collapse New York, taking Wall Street’s influence on the city landscape as a central tenant of her work. 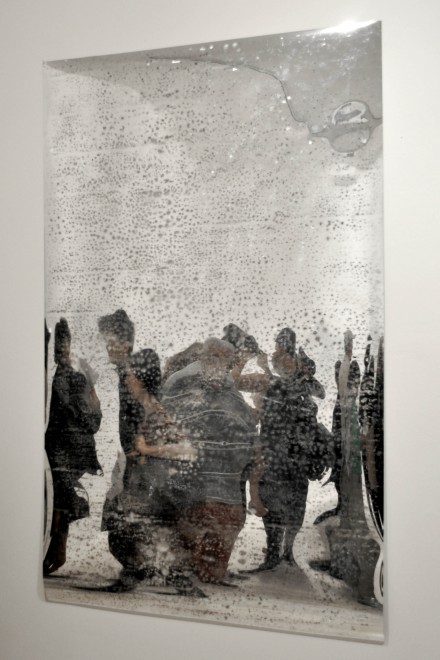 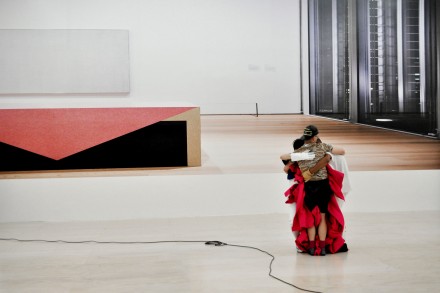 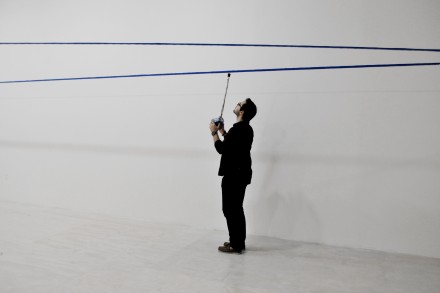 Yet for all of the divergent voices contending for space in the exhibition, Sherrie Levine’s pair of immense museum rephotographs steal the show, a simple, conceptual take on the massive third floor exhibition room that twists the language of exhibition architecture into new spatial demands.  Offered grounding from the rest of the show, these works feel like a fitting summation, a repositioned look at an art world that remains in flux, with connections to the past juxtaposed with the cultural capital of the city’s art world, and the conceptual practices of 20th century New York with its current interactions with digital media.  Leaving this room, the works around it and downstairs feel particularly well-centered, and the city around them feels a little bit easier to see.  At the end of the day, Levine’s work seems to illustrate, it’s still just an exhibition, and the social relations depicted in its halls still persist outside of it, waiting for a group of citizens to take them on.  If there’s one point that visitors might take away from the exhibition, this sense of commonality may make Greater New York one of the city’s most important exhibitions this year. 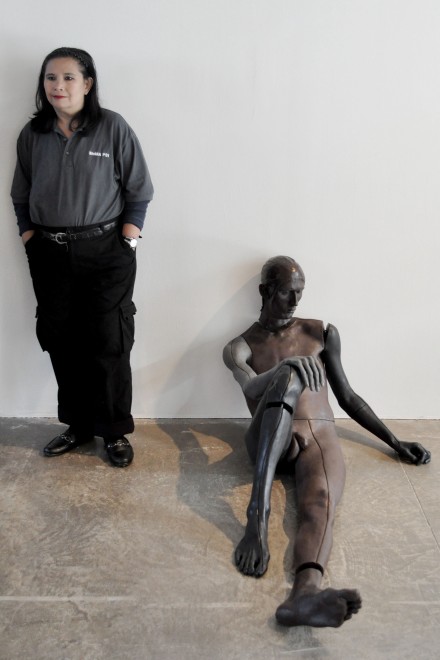 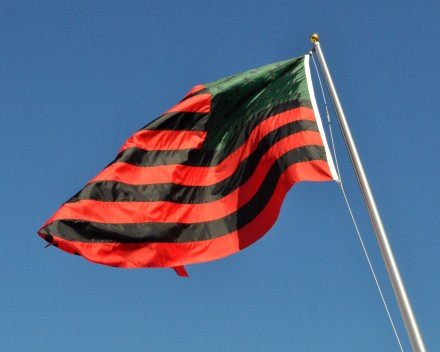 The exhibition is on view through March 7th, 2016.

This entry was posted on Wednesday, December 2nd, 2015 at 1:25 am and is filed under Art News, Featured Post, Show. You can follow any responses to this entry through the RSS 2.0 feed. You can leave a response, or trackback from your own site.