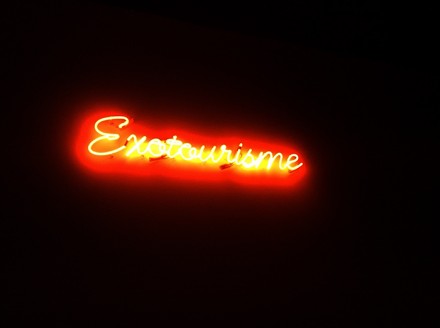 The work of Dominique Gonzales-Foerster often combines media, spatial arrangements and video within the prism of time to explore links and lines of intersection between literature, film, architecture and music.  For her retrospective at the Centre Pompidou, she takes over the Galerie Sud as a spatial timeline, superimposing temporal strata to create an installation that serves as both a retrospective and forward-looking journey into the body of her work, questioning the viewer on fragmented identities and fictions, notions of inside and outside or absence and presence, and even the idea of time travel. 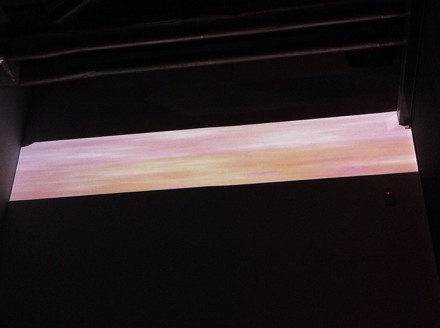 1887- 2058 is an enlarged temporal extension into the Pompidou’s premises, including some thirty works by the artist as it winds through the Galerie Sud.  It starts in the near-past in 1887, the date in which Madrid’s Palacio de Cristal’s was completed, and a locale in which Gonzales-Foerster’s work Splendide Hotel was originally installed.  The show then moves through an expanse of historical eras, each time turning towards a different inspiration and intersection with the artist’s own work.   In one area, the space invites viewers to take their own part in the work by sitting on rocking chairs and reading, before the exhibition ends with the speculative,dystopian London shelter TH.2058, which was originally presented in 2008 at the Tate modern, but which was dated to the year 2058. 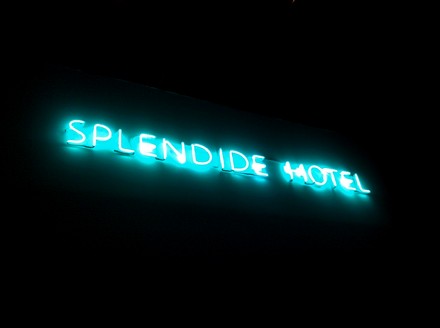 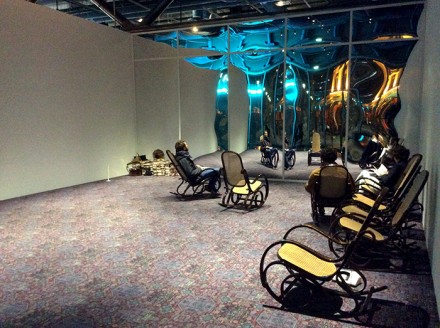 Inscribing itself within historical and narrative landmarks, the artist’s Space 77 corresponds to the first exhibition presented at the Centre Pompidou when it opened, exploring the work of Marcel Duchamp, and moves on to  Brasilia Hall, taking its name from the engineered Brazilian capital, inaugurated in 1960. It then moves through to Le cosmodrome, a dark room with a floor covered with sand, and surrounding the viewer with a light and sound installation, once again projecting its vision towards an unspecified future. 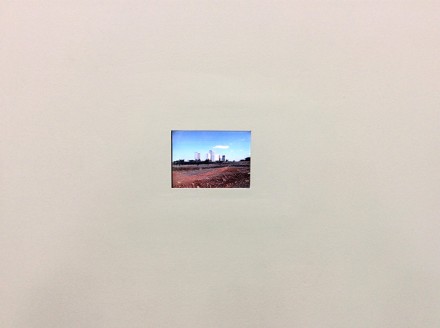 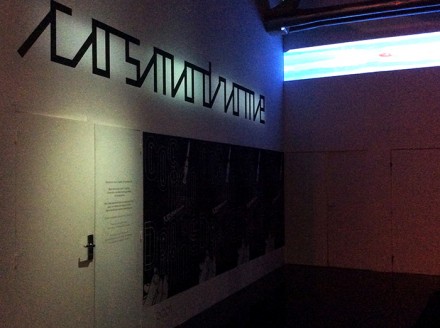 A labyrinthine scenography, moving between bedrooms, “environments”, apparitions and passages, enhances the notion of journey in the exhibition, responding to the artist’s desire for consciousness of the viewer and one’s passage.  The work Séance de Shadow II (bleu), for example, is an environment in which the passage of the visitors-spectators triggers projectors of a screen-space for a shadow play session, referring to classic Cave Allegory in Plato. 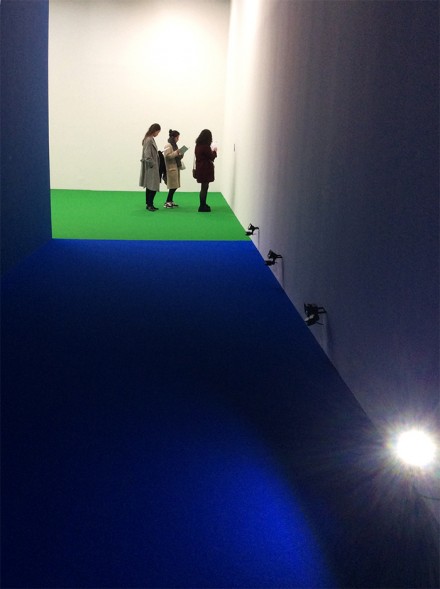 As if the space was a parallel world, the space is accompanied by the sound work Promenade, a recording of a tropical rain all along the veranda, giving no sense or direction to create a spatiotemporal maze.  The feeling of autonomy is all the more strong that all of the keys to the interpretation of the work are withheld, unresolved fragments leading viewers to cross the threshold of the imaginary. The viewer is pushed to their own interpretation and uptake of the work;  Gonzales-Foerster speaks of a “room which only Enrique Vila-Matas has the key of and that will remain a mystery to the other spectators.”  Elsewhere, Séances autobiographiques, 3e session, presents a cabinet in which are held three autobiographical sessions for visitors at random intervals.  The gallery is exposed through the bay windows, and allows street activity to be part of the exhibition by a reflection of mirrors and art pieces, as la loge (numéro bleu) faces the glass. “The exhibition will be a labyrinthine palimpsest based on the sensations of art, existence and displacement” 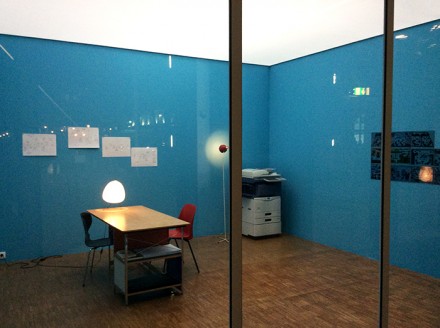 The artist gives life to cinematographic, literary and scientific apparitions, like a vast opera or a musical show: Roberto Bolaño in Chronotopes & Dioramas (desertic), for instance, observed through a window like a diorama from a natural history museum, Rainer Werner Fassbinder with the artwork RWF (chambre) and Fitzcarraldo and Vera Nabokov in the “apparitions” of Gonzales-Foerster. The artist places characters into artistic spaces from movies or scenic stages, or turns bedrooms into theaters with no actors. 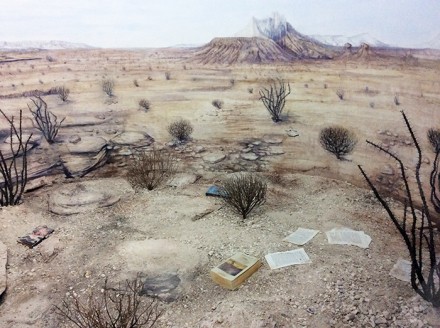 In Dominique Gonzales-Foerster‘s exhibition, landscapes and interiors that are tropical, arid, biographical and dystopian become a “house of fiction with multiple entries” in which the viewer is placed at the heart of the work, oscillating between narrative, quotes and sensations.  Mixing the personal and the social in subtle configurations, the exhibition is an intriguing act of both exploration and reflection, marking a fitting show as the year draws to a close, and museum-goers find themselves looking, much like the artist, towards a not-too-distant future.

The exhibition is on view through February 1st. 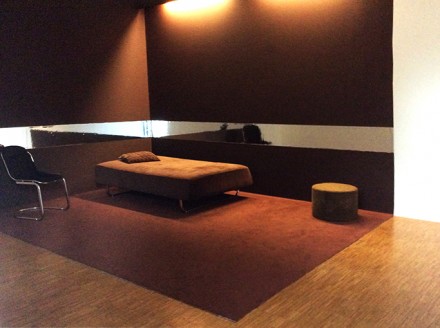 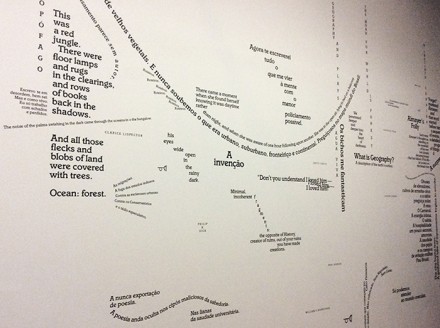 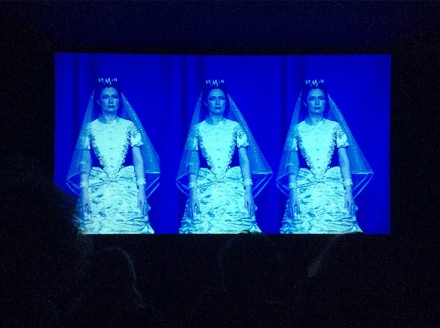 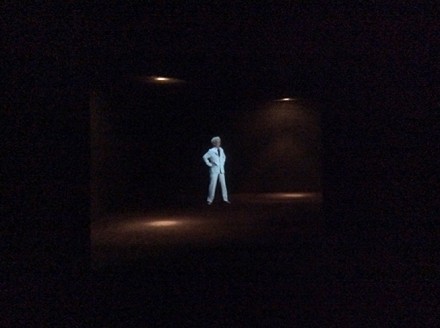 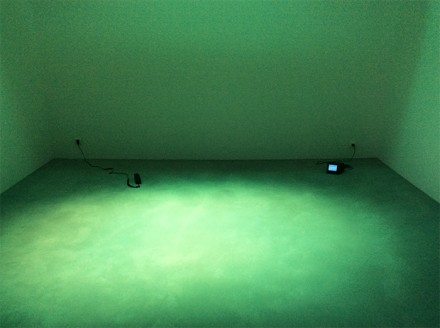 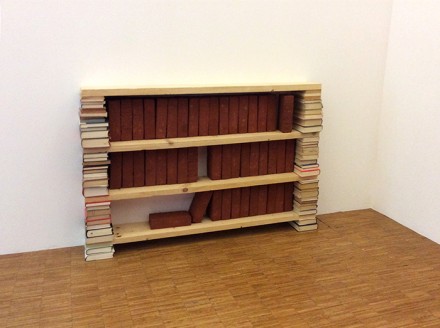 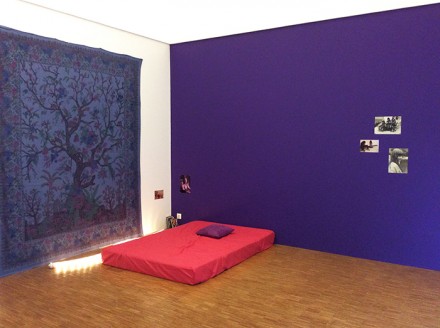 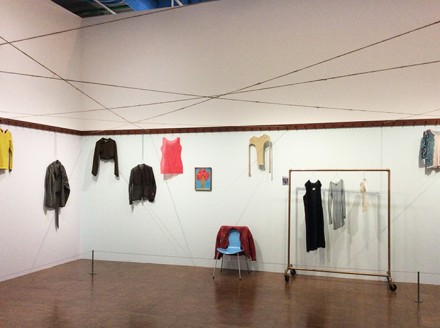 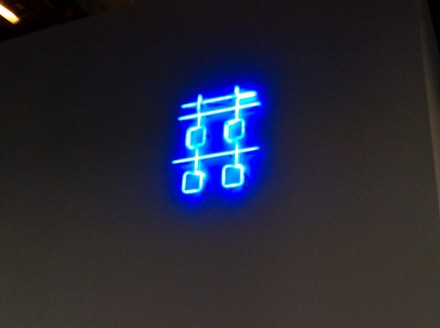 This entry was posted on Monday, December 28th, 2015 at 12:00 am and is filed under Art News, Featured Post, Show. You can follow any responses to this entry through the RSS 2.0 feed. You can leave a response, or trackback from your own site.