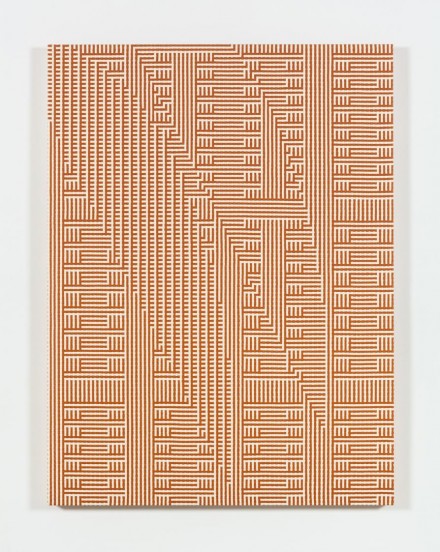 Tauba Auerbach’s work does much with its slight physical moorings.  Utilizing sparse, repeated patterns, meticulously executed sculptural objects and a nuanced eye for her selected materials and colors, Auerbach’s work creates delicate structural harmonies and ordered, meditative pieces that create a sense of calm despite their geometrically-complex, constantly evolving surfaces.  This method is executed to great effect in the artist’s just-opened exhibition at Paula Cooper’s 21st Street location, compiling selections from several ongoing series of the artist’s work, as well as new sculptural elements, a library of texts, and several new publications from Auerbach’s Diagonal Press publishing house, included in the gallery bookstore. 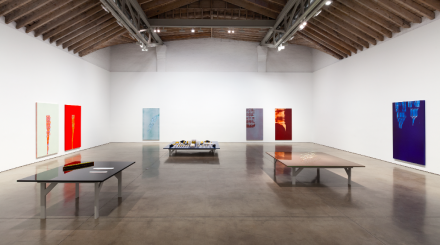 At its core, the show is an exploration of the work of American architect and theosophist Claude Bragdon, whose work Projective Ornament elaborates a system for executing four-dimensional “ornaments” on a two-dimensional plane.  Pulling time itself through the process of drawing, Bragdon’s work makes explicit the notion of forms moving through space beyond that of immediate human perception, applying geometric principles to man’s metaphysical limits as a method of moving beyond them. 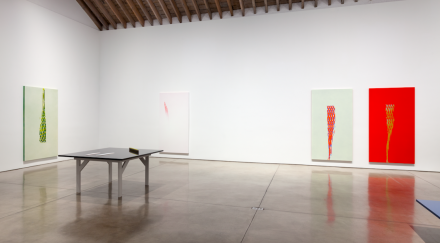 Through Auerbach’s three sculptures on view, Bragdon’s principles are recast within the more immediate constructs of the art object.  Cast in various reflective finishes, the works shift and change as the viewer passes around them, incorporating the images of the ceiling, the nearby works, and even the viewer themselves.  In another of the three pieces, the iridescent surface gently changes its hue as the viewer draws closer to the object, creating a fluid piece that is as inviting to circulate as it is mesmerizing.  Yet at the center of each are Auerbach’s more concrete forms, interlocking glass sculptures that serve as grounding agents in the viewing of the work.  The interaction of the two pieces creates a fascinating interplay, changing the relations of light and space between elements as the viewer passes by the work.  The sensation of geometric interplay extends beyond Auerbach’s already precise objects, creating perceptions of space and vectors of movement that incorporate the viewer themselves in relation to the object. 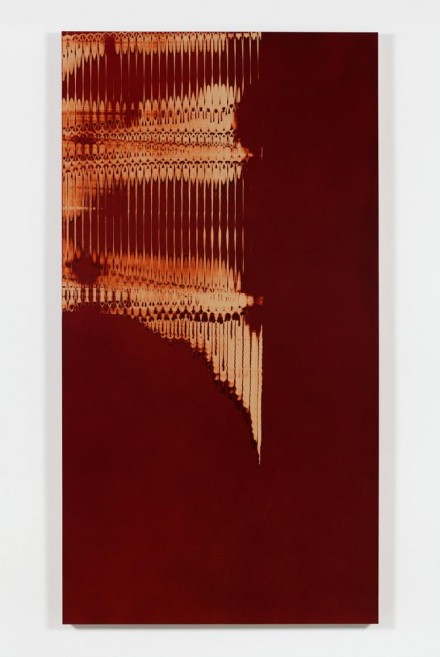 The works benefit from an extended, solitary viewing, where multiple vantage points continue to reward the viewer with a broadened sense of the work’s presence in space.  Rather than merely implicating a sense of the work’s existence in space, Auerbach’s pieces incorporate the extended orbit of the work as a space of sensation, and consistently emphasize the viewer’s own movements as contingent in the realization of the work.  Much in the way that Bragdon traces an awareness of the image’s persistence in dimensions beyond its immediate physical limits, Auerbach’s imagistic interplay informs a broader experience of space, vision and time. 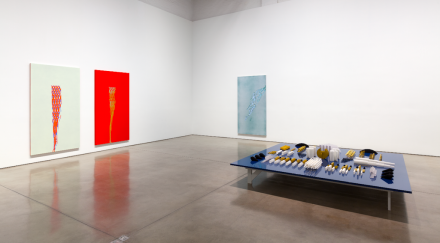 These works are accompanied by a set of new acrylic paintings, made using similar interlocked forms that have been pushed across the canvas, creating phantom sensations of the form itself.  One can clearly see the original form’s size and shape, yet certain elements of its form remain obscured.  While the nature of these manipulated tools is given here in two-dimensions, the canvas’s flat surface and necessary relation to depth offers a sense of higher dimensions as well, as if the works had pushed through their bounds to leave their respective traces here.  Several of the artist’s woven canvas pieces are also on view, carrying a more grounded, yet equally deep visual charge. 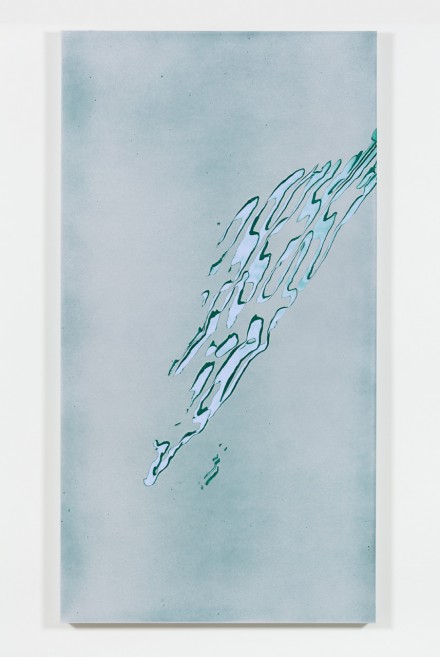 Playing on the meditative interests of early theosophy, Auerbach’s work risks falling backwards into a hokey mysticism.  Yet her careful selection of forms and sense of color and tone shine through, creating a body of pieces here as aesthetically engrossing as they are spiritually charged.

The exhibition is on view through February 13th. 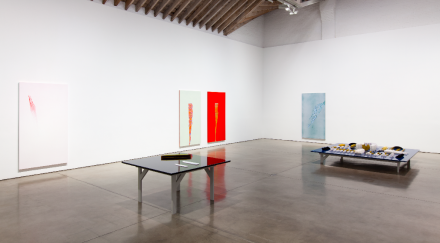 This entry was posted on Monday, January 25th, 2016 at 12:00 am and is filed under Art News, Featured Post, Show. You can follow any responses to this entry through the RSS 2.0 feed. You can leave a response, or trackback from your own site.