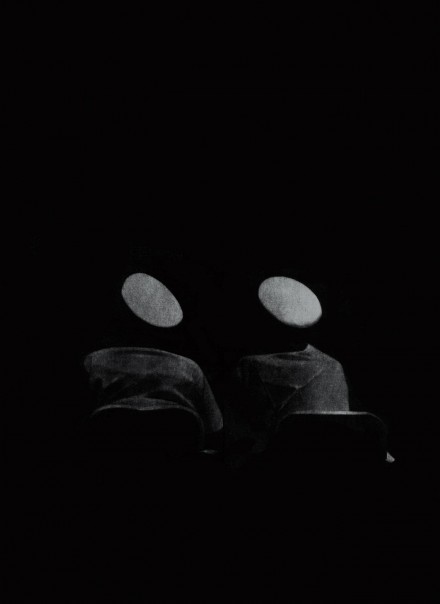 Taking over the uptown, 67th Street location of Petzel Gallery, Troy Brauntuch is presenting a selection of early compositions, created between 1976 and 1983, illustrating some of the artist’s early interests in techniques of photographic reproduction and representation, executed in a variety of materials and styles that hint at the artist’s later work. 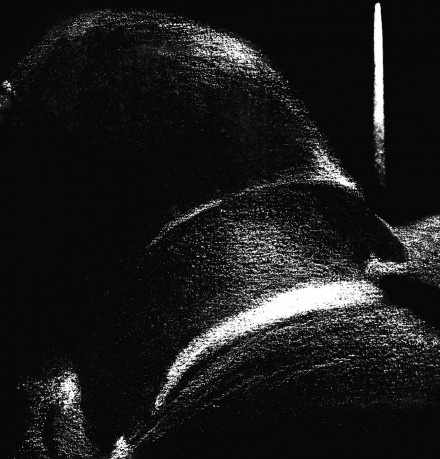 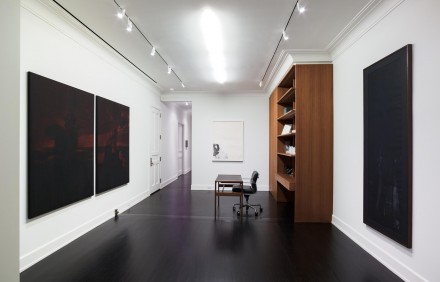 The works presented at Petzel are a fitting selection for the gallery’s cozy location uptown.  Diverse in size and focus, the show ranges from small-scale compositions and sketches that indicate Brauntuch’s range of imagistic interests to large-scale compositions that show his early work adapting paintings and photos, to a set of prints that realize Brauntuch’s photographic investigations in a more literal form, exposing negatives onto the surface of the work to create long, colorful panels that feel trapped somewhere between the two aforementioned bodies of work. 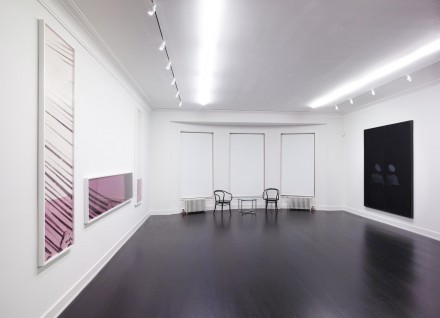 Experimentation is the name of the game here, and Brauntuch’s variations in form and technique are equally intriguing for the flashes of recognition in his later work as they are for the occasional outlier.  One particular highlight is a series of carefully executed rubber stamp works, creating mechanical, yet distinctly artisan reproductions of his subject matter that feel equally abstracted from the original image as Brauntuch’s shadowy, full-scale canvases, several of which are on view here.  In another work, Head, his pointillist technique re-creates the grainy, distorted texture of a close-cropped reprint of a previous photo.  The result is familiar to much of his work, an ominous turn on what appears to be an image of wartime, investigating the darker, unspoken recesses of the original scene. 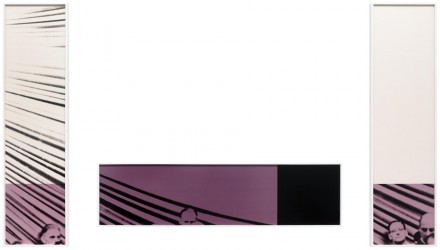 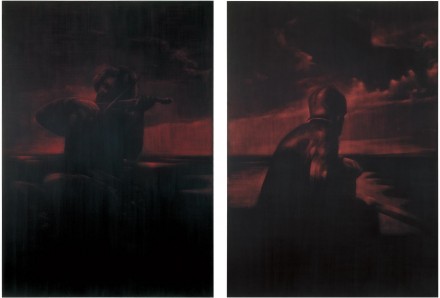 This point is of particular interest in Brauntuch’s work here.  What elevates the work at Petzel is a sense not merely of the photograph as an open object for interpretation, reinterpretation or critique, but of the photographic process itself.  Often obscured from Brauntuch’s later works, his early pieces seem particularly interested in the actual technical process of capturing these works on paper, cotton, or other material, or in the actual focus of the reproduced image.  Looking forward to the artist’s later work, the exhibition at Petzel gives an intriguing look at an artist still exploring the act of capturing his image as a concrete object, much in the way a photographer tries their hand at various lightings, lenses and focal ratios.

Early Works is on view through January 9th.

This entry was posted on Tuesday, January 5th, 2016 at 12:00 am and is filed under Art News, Featured Post, Show. You can follow any responses to this entry through the RSS 2.0 feed. You can leave a response, or trackback from your own site.