Walking through the doors of Dia: Chelsea, one is immediately struck by a lack of lighting, with the halls and open floor plans of the building lit only by dull sunbeams streaming down from the open skylight and onto the works of painter and conceptualist Robert Ryman.  The show is a notable fusion of history in both the immediate and the general for the artist, a point that makes considerable sense giving his subject matter, presented here in a span of works focusing primarily on his career in the 1960’s through the 1980’s. 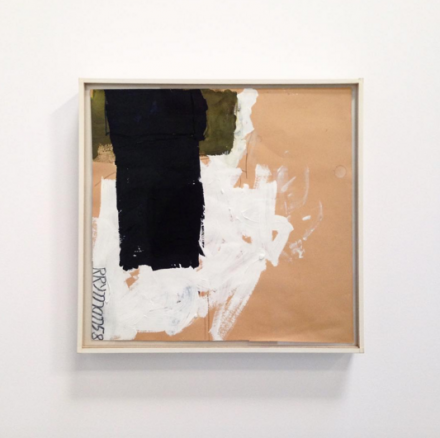 Light has long played a fundamental part in Ryman’s work, particularly when played against the surfaces of his minimalist white compositions, canvases piled in brushstrokes alternating between jagged swipes and smooth, undulating lines.  In fact, it was an early collaboration with Dia Foundation that initially saw Ryman experimenting with showing his works in natural light, a point that makes for a striking resonance here, both as the Foundation reopens its Chelsea space for exhibitions, and as the show returns to the height of his conceptual innovation. 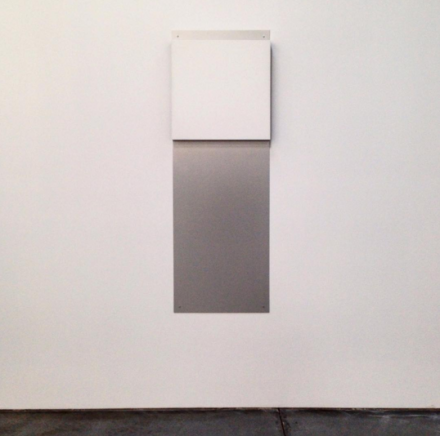 In the dim glow of the exhibition space, Ryman’s works pulse with a subtle concentration of paint.  The momentary breaks in contour and force in the artist’s lines and marks, downplayed by the soft, natural lighting of the space, makes each work’s broader structure apparent.  Ghostly contrasts in shading and shadow underscore the artist’s interest in a minimized painterly language, allowing the act of accumulation or omission to trace its own impact on the viewer’s perception of the work.  Ryman’s works here assume their express focus on the painted canvas as a site of difference and variation in the strongest of terms, preventing the viewer from relying too heavily on the gesture itself.  In some works, one struggles to even see the grain of Ryman’s repeated brushstrokes, left in some instances with a flat plane, and forced to negotiate just what action was actually performed on the piece. 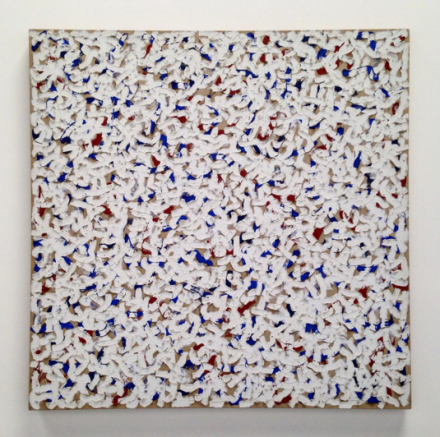 Elsewhere, Ryman’s applications of paint cause surreal phenomena to push forth from the flat surface of the work.  A gradual angling of heartily daubed markings on one work Counsel, actually creates the illusion of a canvas swelling from the middle, bulging out towards the viewer in a way that offers a sense of near-vertigo when standing directly before it.  The work is strikingly contrasted by To Gertrude Mellon, an early work that takes the Ab-Ex groundings of his early painterly context, and pushes it towards a more immediate language, paring down the contrasts and exchange of the piece to only a handful of small actions. 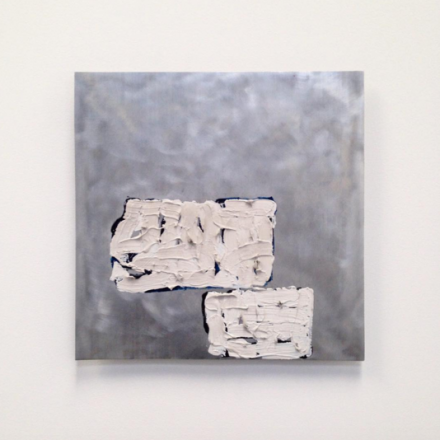 This contrast of gestural movements is a core strength of the exhibition, as Ryman’s evolution towards his fusion of bustling marks with an overarching sense of compositional repose.  Working along its thesis on the core activity of painting as visual expression, Ryman’s internal compositions oscillate between careful studies in painterly balance, and a meditative emptiness of form, where the subject of the work and its mode of communication swirl back and forth in an exchange of intensities and focal points that welcomes repeat visits. 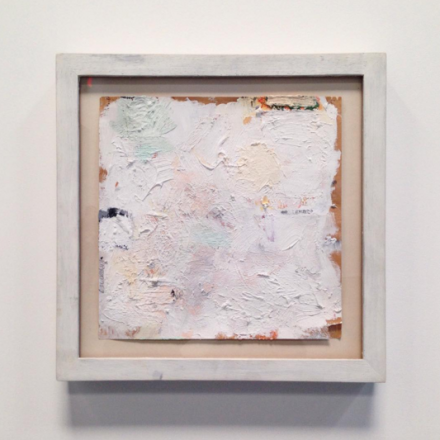 This entry was posted on Tuesday, February 23rd, 2016 at 12:00 am and is filed under Art News, Minipost, News. You can follow any responses to this entry through the RSS 2.0 feed. You can leave a response, or trackback from your own site.