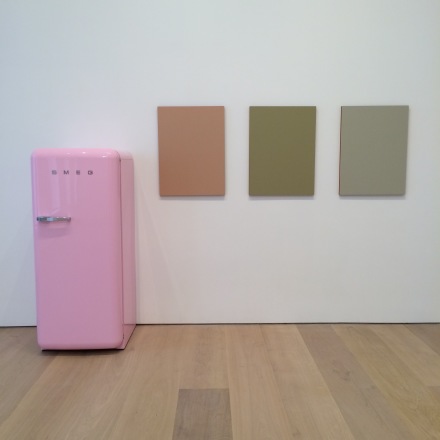 Opening her first exhibition with David Zwirner in New York City, Sherrie Levine has taken over the 2nd floor of the gallery’s 20th Street Flagship, bringing a body of works that feels like a fitting first entry in her collaboration with Zwirner, while signaling new steps forward in her challenging and cerebral practice.

The exhibition is a fitting entry for Levine’s first with Zwirner, taking a number of her interests and bodies of work at a glance, and combining them into a final presentation that sits somewhere between a cursory retrospective and a next step in her practice as an artist.  Her continued investigations into the cultural and economic utilization of art, and their related reductions to simple metrics, repetitions and simulations, are here afforded a new twist, or placed through an additional series of operations that speak to her increasingly honed textual awareness.  In After Duchamp 3: 50cc of Paris Air (2012), for instance, Levine replicates a small image of Duchamp’s famous “readymade,” placing it into an extended system of images. 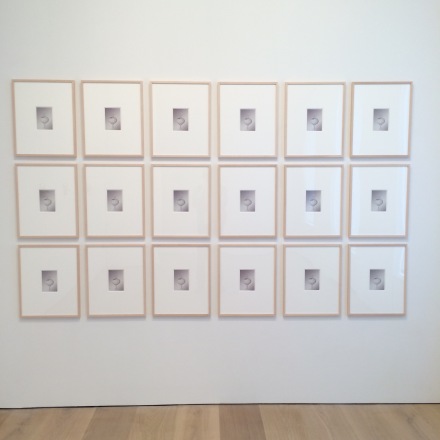 The reduction of the image as a singular sign, related to this selection of almost identical images, turns the work into a series of variations in spatial information, an operation that duplicates its emphasis through her chosen subject: an artist whose work was frequently predicated on operations of replication and repetition of information over changing contexts.  While the artist’s core reference point remains at the core of this work, its repetition opens both a strong link between each artist’s practice, and their respective appreciation of the industrial and cultural processes their works are bound within. 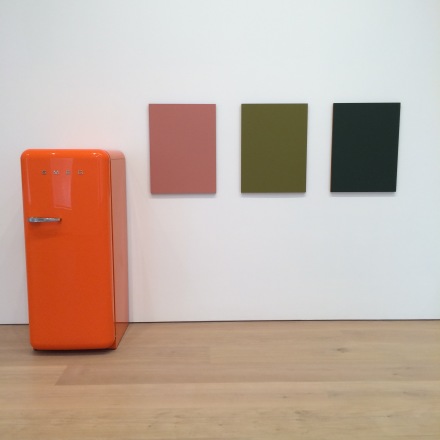 This interest takes an increasingly nuanced turn with Levine’s works in the main gallery space, combining her algorithmic reductions of Renoir nudes with a series of high-grade, Italian designer refrigerators, colored in similar palettes of vibrant pastels.  The result is a confounding echo of references, with Levine appreciating both her own work and Renoir’s within networks of commodity consumption and the gallery.  As a flurry of meanings, Levine’s work here parodies its market functions, packaging themselves with a series of matching interior design objects, quite literally providing a home decor system which provides both utilitarian values and aesthetic systems, and which could very well be selected to match a collector’s drapes or sofa. 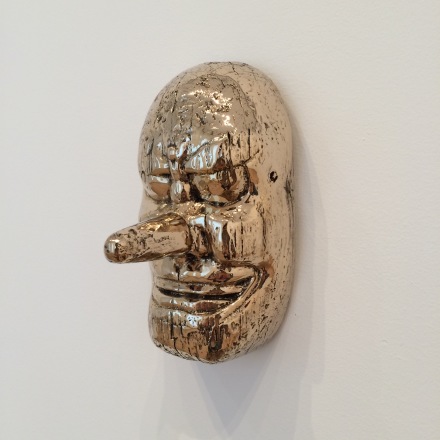 Playing on these dual notions of consumption and aesthetic appreciation, Levine’s works here tie themselves to a wide selection of conceptual practices within her own career, while pointing outwards towards a treatment of her own work as a readymade of sorts, able to be reinserted into systems of objects and meanings for further scrutiny and analysis.

The exhibition is on view through April 2nd. 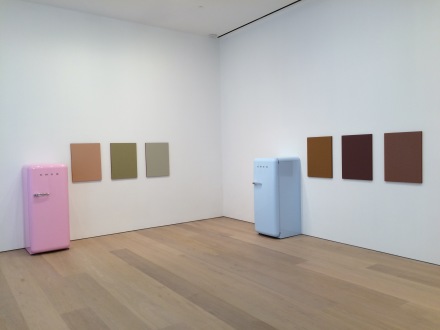 This entry was posted on Monday, March 28th, 2016 at 9:37 pm and is filed under Art News, Featured Post, Show. You can follow any responses to this entry through the RSS 2.0 feed. You can leave a response, or trackback from your own site.