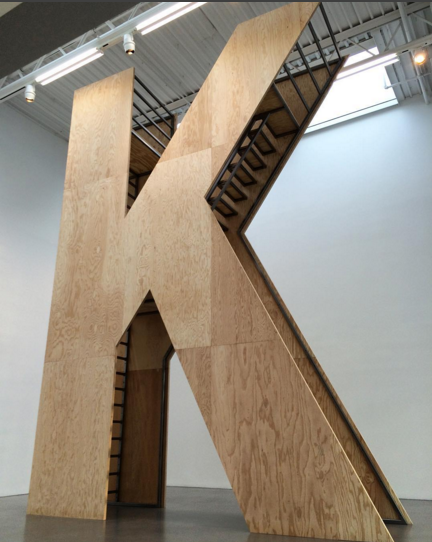 Embarking on winding pathways through the landscape of modernity, Adam McEwen’s work frequently dwells on the structures and representations of cognition, discovery and intellectual unraveling, mixing consumer objects, banal materials and re-inscriptions of symbolic systems to create interconnected bodies of work that are as mysteriously compelling as they are varied.

This mode of practice finds the landscape of modernity as its focus in the artist’s most recent exhibition at Petzel Gallery, compiling a body of works that simultaneously investigate processes of information production and dissemination, urban infrastructure, and national identity as emergent symptoms of a modern fascination with speed and force, time and its flexible conceptions in the face of massive industrial and technological firepower. 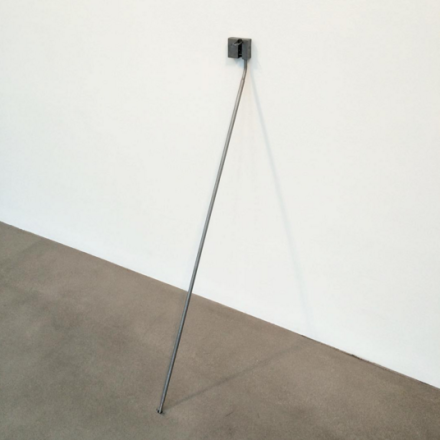 Entering the gallery, the viewer is confronted with a replicated airport security shelf, complete with X-ray trays, which imply a certain departure from the regular space of New York’s bustling urban hub, placing the viewer in a transitory state between locations.  Similarly, a series of large-scale photos by the artist, exploring the architecture of Manhattan’s various underwater tunnels, offer a single point in the passage from the city’s towering structures to the industry-dotted Meadowlands of New Jersey that surround it. 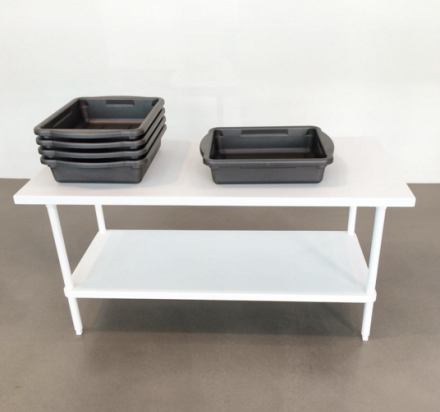 Indeed, each of McEwen’s pieces hint at a sudden transposition elsewhere, even at their most obtuse.  His massive letter K, which itself is referenced as a tie to Kafka’s inextricable mesh of sited power and bureaucratic indeterminacy, allows the viewer a new vantage point on the gallery itself.  Yet, much like his other works, themselves so involved in the act of transportation and change, do little to offer any real sense of escape.  Even atop the structure, the viewer is merely confronted with another view of modernity’s dizzying blur of forces and perspectives.  This point is emphasized again by his re-creation of serial housings for IBM’s Blue Gene supercomputer, a massively powerful arrangement of processors able to sort trillions of data bits every minute.  Yet, for all of its ability to untangle huge bundles of data (noted as a way to predict human behavior), McEwen’s sculptures remain imposingly oblique. 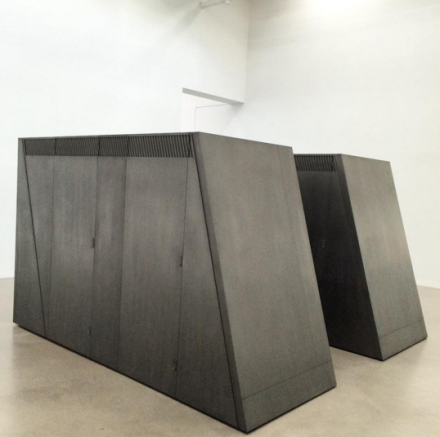 It’s a dark, albeit telling strategy for an exhibition, offering only glimpses of the massive infrastructural networks that ultimately bind modern life.  Yet, assembled here as momentary snapshots, the collective impact is telling, underscoring the alien forces and logistical demands already dictating the paths and passages of mankind.  Even when looking their physical structures face to face, McEwen seems to emphasize (the full scale remains just out of reach) an imaginary that feels equally empowering and daunting in its scope and capacity.

The exhibition is on view through April 30th. 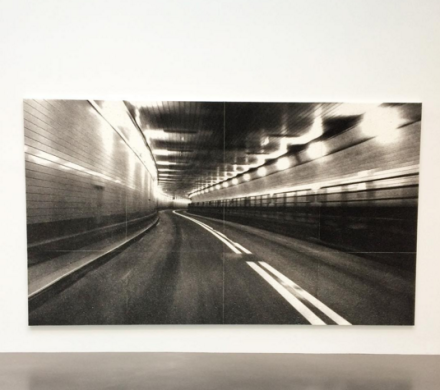 This entry was posted on Saturday, April 2nd, 2016 at 1:50 pm and is filed under Art News, Featured Post, Show. You can follow any responses to this entry through the RSS 2.0 feed. You can leave a response, or trackback from your own site.