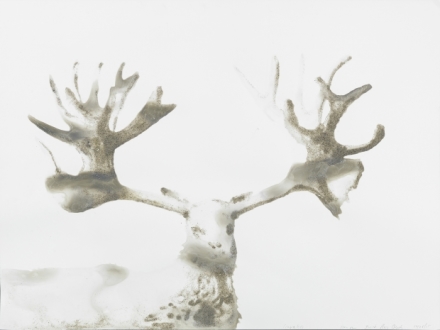 Alexis Rockman’s work is expressly involved in the correlations between image and ground, material and subject, often pulling from the biological intersections of human and animal, flora and fauna, or land and water, that define the landscapes of modernity.  Shifting this focus to a more microcosmic level, the artist has opened a show of drawings of New York City wildlife, a project that heightens his sense of delicate relations between nature and its inhabitants, on view at Salon 94.

Previously exploring the often dramatic, occasionally toxic impacts of man’s interference with surrounding ecosystems, from sewage-tinted waterways to trash-strewn grazing lands, Rockman has long been interested in the conditions of the current era, particularly in the modes of understanding and purpose that humans project onto their surroundings.  His creatures are defined by their positions against the forms of modernity, or work to negotiate a world bearing the marks of human civilization. 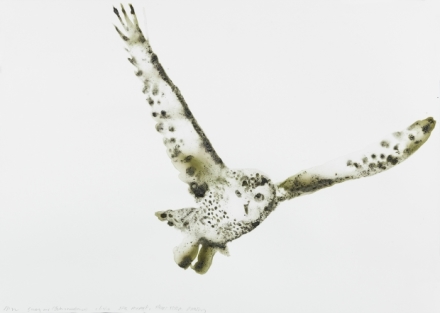 Here, however, the artist has turned his focus towards a more intricately involved relation, executing countless drawings of New York wildlife with the dirt of their natural habitats.  Collecting dirt and clay from sites around the city, Rockman dove into both current and historical habitats around Manhattan.  In one work, he renders an American mastodon from dirt from Upper Manhattan, elsewhere, a series of plants are executed using earth from the Bronx.  In each, the ghostly materiality of the earth plays well against the paper ground, as if emphasizing the ephemeral nature of these spaces, and the shadowy histories of the animals that have lived and died in them. 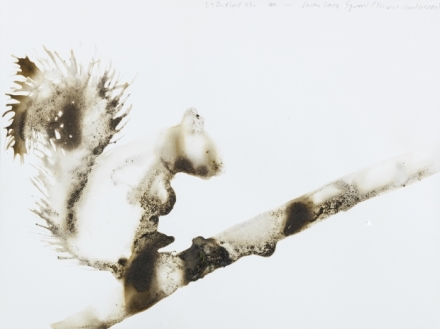 Pushing this thread deeper, Rockman’s work equally underscores the intersections of humanity in the presence or absence of these animals.  While his pieces are directly tied to the homes of these creatures, they are as much underscored by the particles of garbage, metal or plastic that have seeped into the geological record by way of human existence.  Reflecting on these works, one can sense the slight presence of humanity in these works, especially when considering Rockman standing alongside a bustling New York street, collecting topsoil, or scraping up asphalt from the short-term parking lot at JFK to create his snowy owl piece. 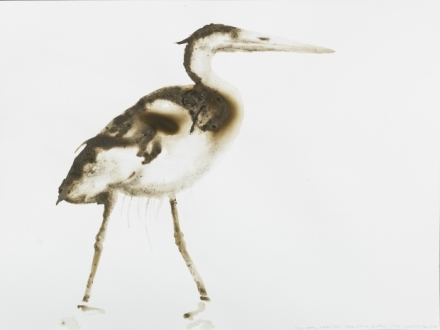 By this logic, his work is underscored by a failure of sorts, by the absence of these animals across a gulf of human use that can only be hinted at, and, while pulling material quite literally from their former homes, ultimately cannot recreate the habitat in full.  Rockman seems to understand this explicitly.  Rather than the maximalist operations of his previous series, these pieces have turned themselves inwards, looking to their own construction and elemental composition to press the dissonance between civilized man and the world around him.

A Natural History of Life in New York City is on view through May 5th. 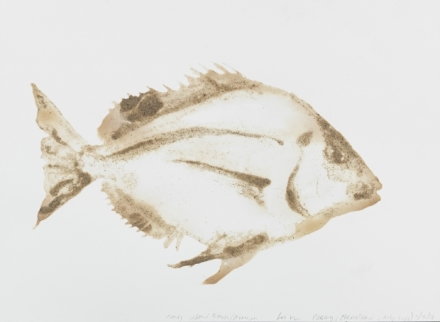 This entry was posted on Tuesday, April 26th, 2016 at 10:52 am and is filed under Art News, Featured Post, Show. You can follow any responses to this entry through the RSS 2.0 feed. You can leave a response, or trackback from your own site.