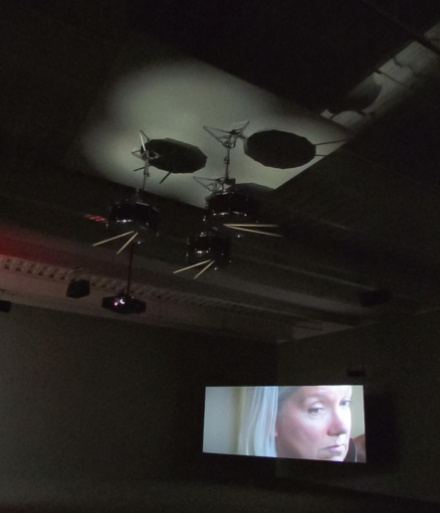 Spread across three floors at the New Museum, Anri Sala’s current career retrospective is an impressively deep, immersive offering; a lyrical, twisting series of pieces that investigate the phenomena of sound in its relations to cultural, institutional and technological containers. 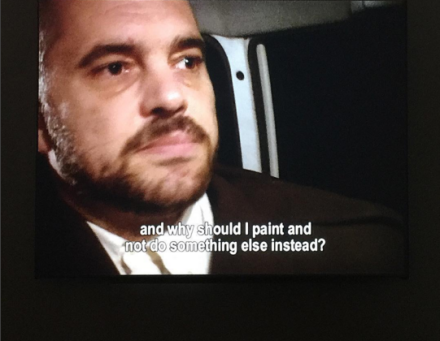 Sala’s exhibition continues his investigations into sound and image relationships, specifically in relation to the architecture of the gallery space, and the wider relationships of space that sound itself finds itself inherently interposed with. The exhibition, drawing on both early video works from the late 1990’s, and a number of pieces from the past 20 years, delves into the phenomenological aspects of sound and space, playing on nostalgic interpolations of sonic affect, or counterposing vastly divergent musical content in a manner that ultimately presents both formats in a space of textual alienation. On the third floor, the artist presents a video of organ-grinders strolling empty streets, playing disjointed melodic elements that culminates in a performance of The Clash’s “Should I Stay or Should I Go” by their collected machines, hinting at threads of cultural colonialism in contrast with the original song’s punk sneer. 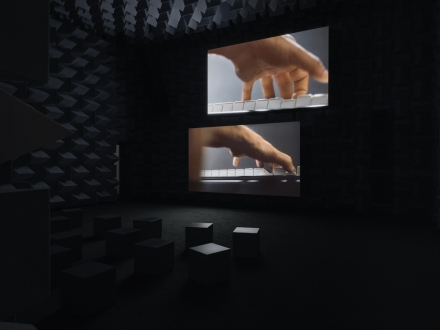 But most striking is Ravel, Ravel Unravel, a full-floor installation on the top floor of the installation.   Taking a performance of Ravel’s Piano Concerto for the Left Hand in D-major as the source material, the artist first films a pair of pianists playing through the one-hand composition on dual screens, syncing the music’s complex demands with the interlocking piano pieces and the deft, rapid gestures of the performers hands. The hands blur and swirl over the keyboard, playing against the camera’s frame rate in a manner that is equally hypnotic and enmeshed in a sense of hyperrealism. Moving in and out of sync thanks to the artist’s score, the video changes in emphasis, allowing one to see the physical act of filmic, synchronous sound breaking down and recomposing itself elsewhere. This piece is countered in another room by a video of collaborator DJ Chloé, remixing two pressings of the performances via turntable and mixer, showing an alternative reassembling of the piece through a series of blends, crossfades, and rewinds on the decks. 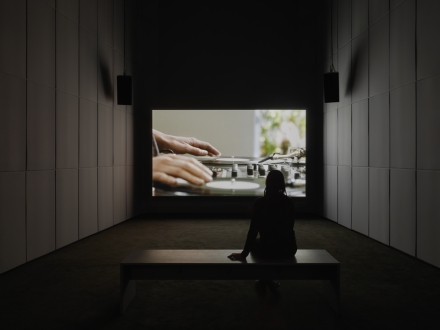 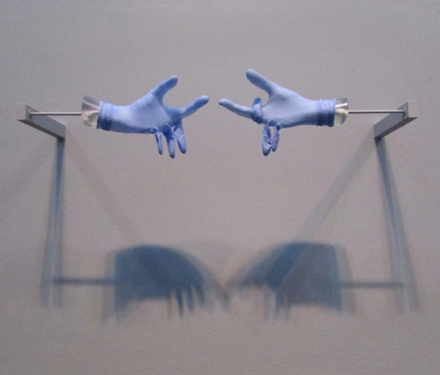 At its core, the exhibition is a striking investigation not merely of the interwoven physical and mental processes that undergird our understanding of sound, but equally the technical demands of their own reproduction. Sala’s pieces constantly toy with the act of reproduction, and the implications of his subject matter in relationship to their particular ideological bent. Pulling his material apart through multiple screens, and even interactions of physical and projected moments, Sala proposes sound as just that: a material phenomenon that is just as embedded in its modes of representation as it is in its actual performance. 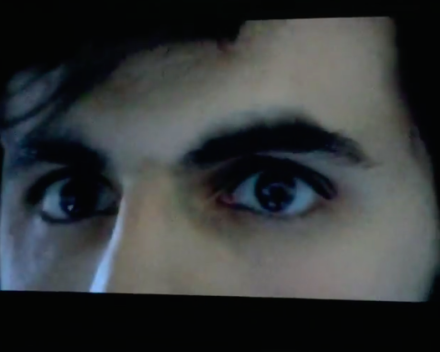 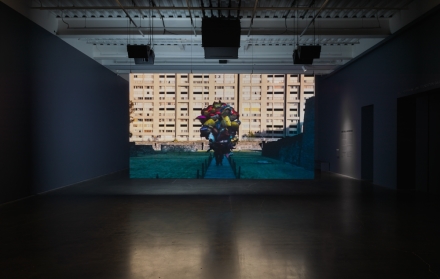 This entry was posted on Thursday, April 7th, 2016 at 9:28 pm and is filed under Art News, Featured Post, Show. You can follow any responses to this entry through the RSS 2.0 feed. You can leave a response, or trackback from your own site.