New York – Urs Fischer: “Misunderstandings in the Quest for the Universal” at Gagosian Gallery Through April 23rd, 2016 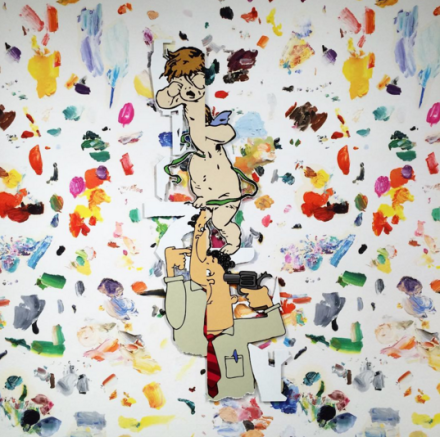 Entering Gagosian’s fifth floor exhibition space on the Upper East Side, one is greeted with something of an exercise in phenomenological affect.  Smelling faintly of bacon (the artist stipulated that several slices must be cooked in the gallery space each morning), the space is adorned with sweeping brushstrokes on each of the walls, and topped with a series of aluminum panels, bearing cartoon icons twisted into abstract geometric arrangements.  The result is a twisting, surreal environment that feels as surreal as it looks. 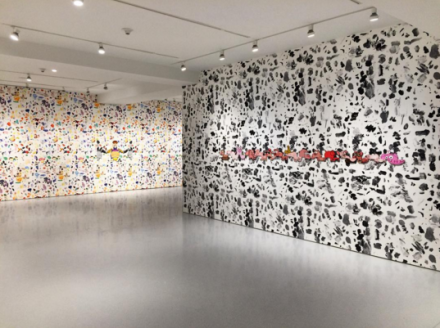 Urs Fischer, Misunderstandings in the Quest for the Universal (Installation View), via Art Observed

This particular brand of cartoonish abstraction has been making its rounds in recent months, with both younger artists and elder statesmen experimenting with the potential for expressiveness and cultural subversion that such a commercial hand presents.  With that in mind, it’s no surprise that an artist like Urs Fischer, whose work has so often lampooned both the formal demands of the art institution and the visual content that these works carry, would be drawn to the idea of of a style almost completely divorced from his particular brand of painterly abstraction. 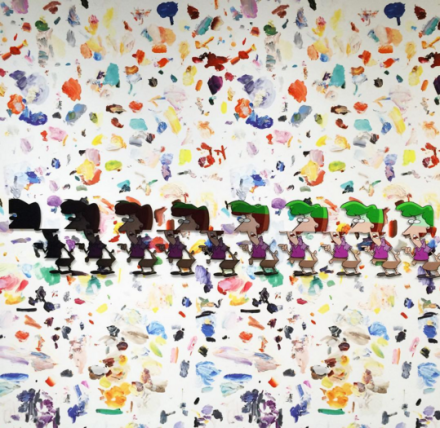 Consider Fischer’s recent work, often utilizing slurs of paint in conjunction with studio photographs, the artist seems to be moving towards a more sardonic approach and increasingly rapid production.  His works here, much like his recent photo-paintings, are based on simple gestures, acts of cutting or fracturing the image source in a manner that creates occasionally shocking or comical effects.  In one, he shows a single female figure, broken along a horizontal plane, and shifting in hue and contrast, as if the cartoonish drawing itself merely serves as another vector for selections of color, form and pattern.  In another, he breaks images of mice and cheese and twists them into a perfect circle, allowing the image itself to create the undulating form that springs forth from its center. 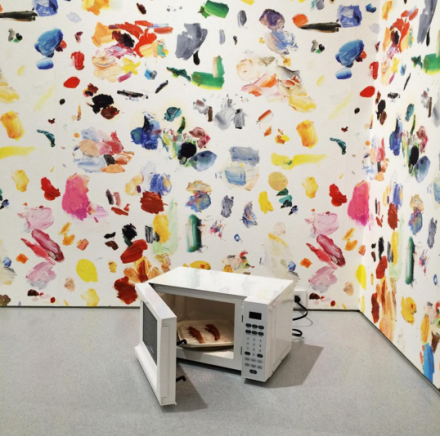 Urs Fischer, Misunderstandings in the Quest for the Universal (Installation View), via Art Observed 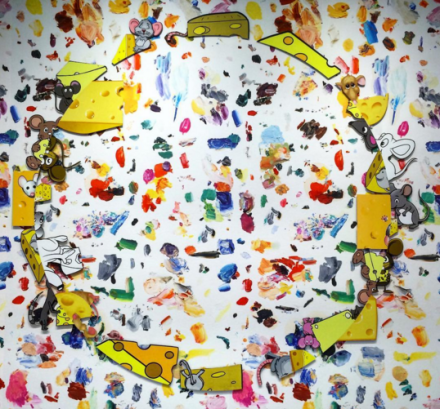 What Fischer presents here is a sly rework of this emphasis on the illustration as a container for artistic material, moving it from the foreground of the work’s composition to just another element in the application and pursuit of abstract arrangements of space and form.  Considering the increasingly digital studio processes of contemporary practice, work like Fischer’s offers an interesting perspective on the image itself as readymade, a sort of vaguely expressive container whose alteration carries its own meaning and significance.  The subject matter of these cartoons is inherently directed inward, relying on their exaggerated poses and gestures to present their own narrative, and, when taken into the hands of the artist, allow a potential for new threads to emerge through their blending, fragmentation or destruction.

Fischer’s work is on view through April 23rd. 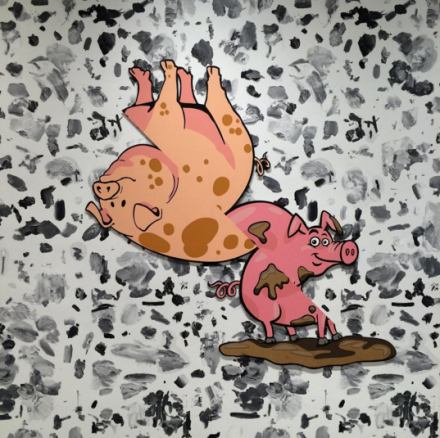 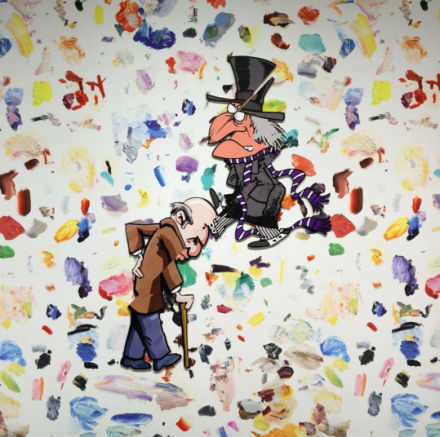 Read more:
Urs Fischer: Misunderstandings in the Quest for the Universal [Gagosian Gallery]

This entry was posted on Thursday, April 7th, 2016 at 12:00 am and is filed under Art News, Featured Post, Show. You can follow any responses to this entry through the RSS 2.0 feed. You can leave a response, or trackback from your own site.