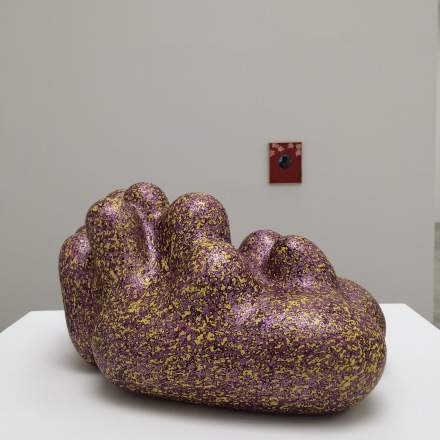 Continuing a series of exhibitions devoted to the estate of Ken Price, Matthew Marks Gallery’s dual exhibition spaces in West Hollywood are currently showing a selection of works spanning the West Coast artist’s long and industrious career, ranging from black and white interiors to his signature sculptural inventions.  Echoing a similar curatorial focus from the last show of Price’s work in New York, the two-gallery exhibition pairs similar forms and images across media, ultimately tracing a line through the broad range of interests and series of reinventions that Price took over the course of his career. 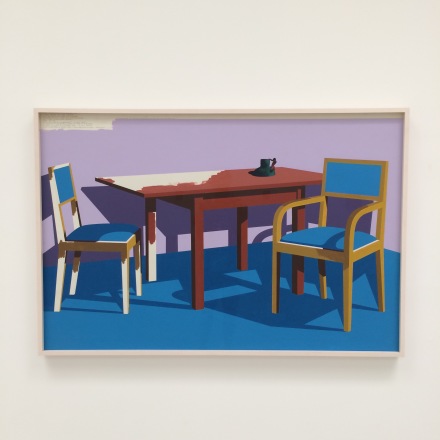 Price’s work runs a peculiar and captivating path through the landscape of 20th Century Contemporary practice, combining raw figurative investigation with occasionally pointed commentaries on American culture, history, and art itself.  A relentless stylist, his work blends collaged elements, cleanly-rendered figures in acrylic and pencil, and a striking sense of space to deliver strange fusions of image and object. 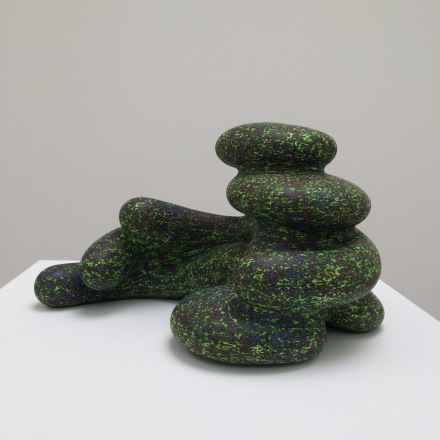 There’s a subtle focus on the politics and aesthetics of display running through this outing of Price’s work, with a number of drawings, paintings and sculptures each addressing the vitrine or plinth as a site for the intrusion of Price’s brand of cartoonish surrealism.  Much in the way that his works negotiate the space between more pop-oriented iconographies and the meticulous approaches of studio art, Price’s approach to displays and presentation seems to play on the disjunct of cultural forms.  In Specimen, what may well be a clam or a walnut, plays on its own understated nature, presenting this slight object in a comical turn that refuses both easy reading as an exercise in high minimalism or pop messaging, while clearly drawing on both of these languages.  In other works, dioramas and display cases become vehicles for strange plays on personification, as in Death Shrine, where one can see a clear face in the arrangement of objects. 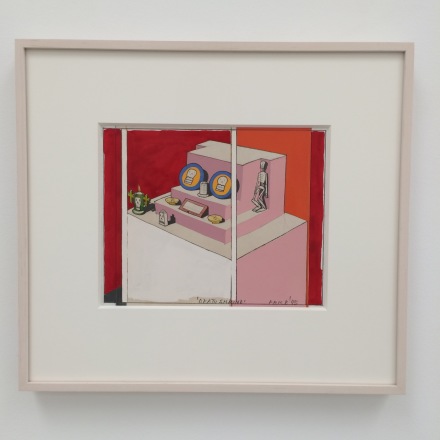 This approach is repeated in three-dimensional space, with a series of casts and sculptures.  In one untitled piece, the artist renders what appears to be a part of the female anatomy, allowing a certain indeterminacy to undermine an easy reading, compounded by its isolation from any other sign as it rests in a wooden case.   Elsewhere, the globular, swollen forms of his sculpture turn this same sense of sculptural form towards less familiar grounds. 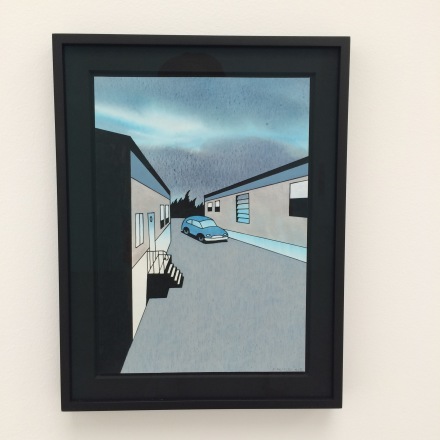 If there’s a unifying thread in much of Price’s works on view here, it’s this sense of the art object’s capacity to both function in conjunction with cultural forms, while obscuring their origins or relations to any other system of meaning.  His objects are at once vaguely familiar and notably foreign, drawing on multiple modes and forms to suspend the viewer’s reading of the image in any single school or mode of practice.  This is perhaps best seen in his interiors, subdued images that alternate between shadowy studies, replications of comic book interiors and the occasional catalog photograph.  This combination of images, and its effects on the viewer, showcase Price at his best, an artist able to maintain a tension between image systems and languages to masterful effect.

Price’s work is on view through September 10th. 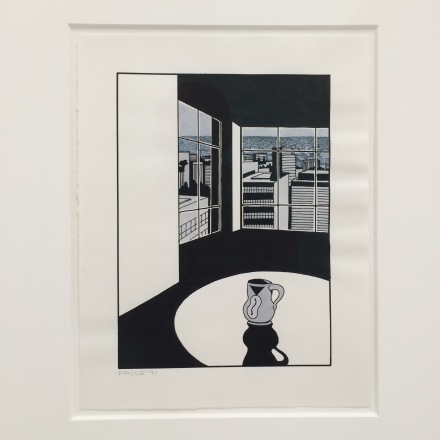 This entry was posted on Tuesday, August 23rd, 2016 at 8:47 am and is filed under Art News, Featured Post, Show. You can follow any responses to this entry through the RSS 2.0 feed. You can leave a response, or trackback from your own site.