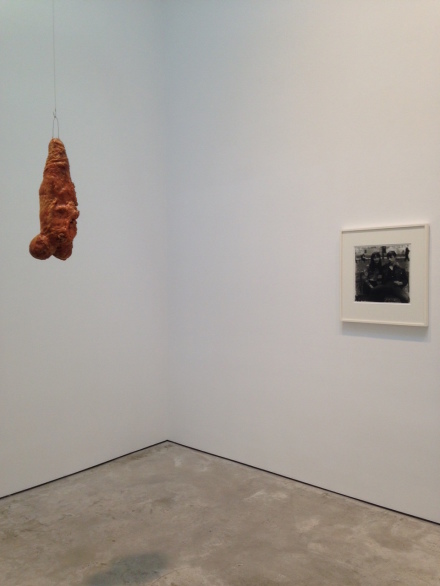 Cheim & Read is currently presenting the second installment of the gallery’s The Female Gaze series which had its inception with 2009’s Women Look at Women.  In the succeeding episode, on view through September 2nd, the female eye remains the object, but its subject switches to men, forming a full circle subversion on the male-centric narrative of art history. Placed as the subject, men—dressed or stripped, confident or meek, benevolent or distant—fill in the role of the objectified model, triggering the question of how influential the gender of its author is for interpreting an artwork.  The exhibition aims to investigate whether knowing these works, and their origins, impacts the viewer’s reading of each respective work. 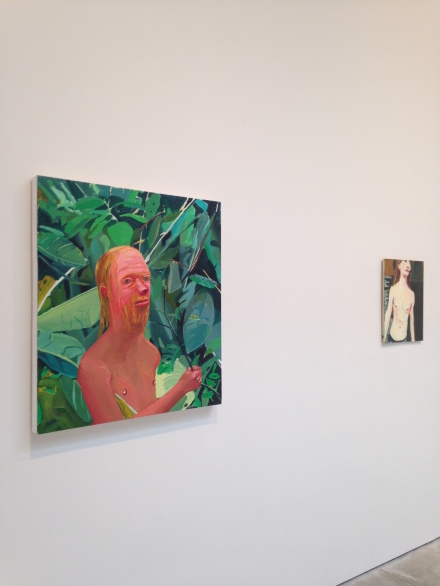 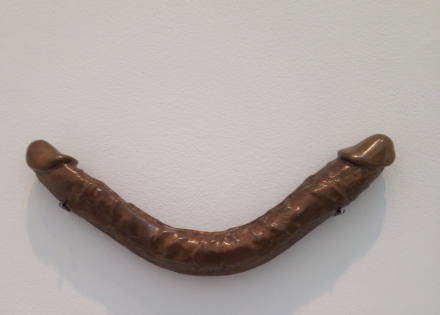 Approaching an admittedly broad topic from a multitude of angles, the exhibition compiles a group of influential and diverse artists across a range of media, each of which is not necessarily dictated by the exhibition’s subject matter.  One of the most intriguing, and somewhat fresh, perspectives on view is the sexualization of the male body for female pleasure.  While the majority of erotica, written, shot or illustrated, remains male-centric and tends to de-humanize female identity, a series of works in the exhibition goes against the grain—contributing to ongoing discussions about the inadequacy of erotica targeting a female audience. 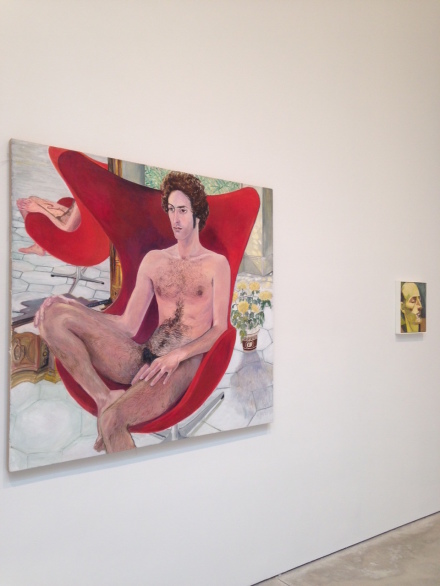 Gina Beavers’ Tag Yourself, Cecily Brown’s Raspberry Beret, Ghada Amer’s Pencil Drawing With Love #1, Grace Graupe-Pillard’s Dillion: Portrait of the Artist as a Young Man or Catherine Murphy’s Harry’s Nipple position the male body as a tool for female pleasure, depicting torsos, nipples or full postures in uncompromisingly desirable ways— glamorizing the ideal male form through sharp brushstrokes and brisk hues. Elsewhere, artists in the exhibition scrutinize the stereotypes attributed to works by female artists—either by adopting and reversing such stereotypes, (as with Louise Bourgeois, whose depictions of the phallus employ ‘romantic’ materials), or by additionally dismantling masculine roles, as with Celia Hampton, whose oil on polyester paintings illustrate headless males exposing their hairless, private parts for the artist’s virtuosity. 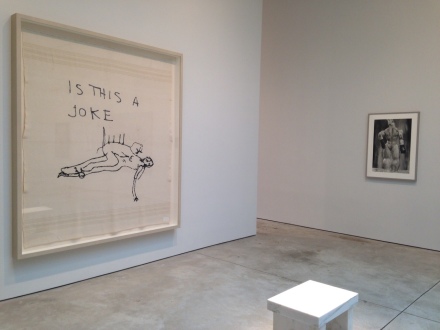 By its various turns and investigations, the show is a fitting continuation of the gallery’s previous outing, twisting in wrinkles and variations on sexual desire and the other body as aspects of the female landscape.  Considering its juxtaposition with the previous exhibition, the show offers a return glance back at its initial point of inquiry, as if a mirror had settled back to return the male gaze after a series of subsequent turns.

The Female Gaze, Part Two: Women Look at Men is on view at Cheim & Read through September 2, 2016. 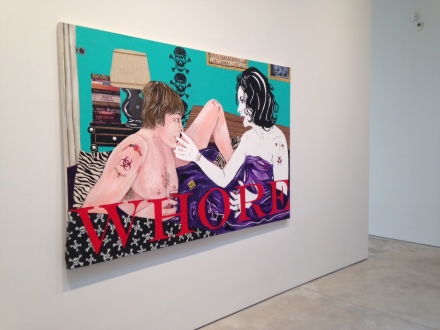 Kathe Burkhart, Whore: From The Liz Taylor Series (The Only Game in Town) (2013), via Art Observed

This entry was posted on Tuesday, August 16th, 2016 at 3:00 pm and is filed under Art News, Featured Post, Show. You can follow any responses to this entry through the RSS 2.0 feed. You can leave a response, or trackback from your own site.