London – David Hockney: “82 Portraits and 1 Still Life” at The Royal Academy of Art Through October 2nd, 2016 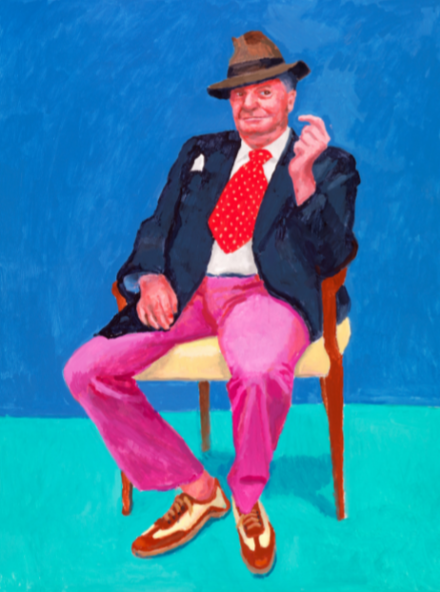 Currently on view at London’s Royal Academy through the end of the month, artist David Hockney continues his remarkably prolific painterly output, bringing a new series of portraits created at his Los Angeles studio to the British Institution.  Exploring a wide range of sitters through the artist’s particular approach to the genre, the show is both a striking map of Hockney’s own life, and his vivid, tireless approach to his craft. 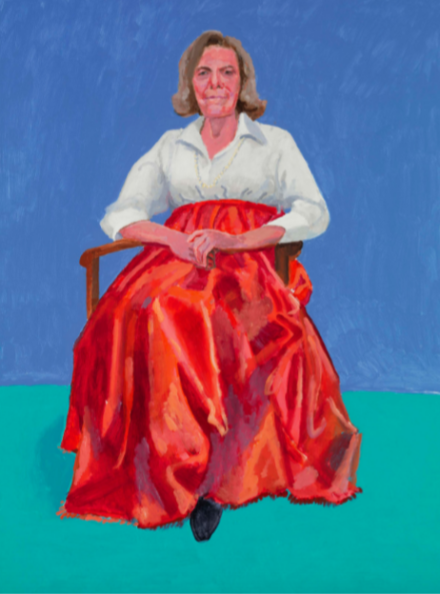 Hockney’s engagement with Los Angeles has long involved almost obsessive portrait sitting, bringing countless friends, acquaintances and collaborators into the artist’s studio, rendering each subject in the artist’s seemingly effortless flow of line and color.  Capturing distinct flairs of personality, from smirking personages to quiet, resigned posers, the exhibition is a fascinating tour of Hockney’s personal universe.  Artists, collectors and family members float through the show, from a gentle depiction of John Baldessari to a more quietly resigned picture of Art Catalogues owner Dagny Corcoran, each time capturing momentary details that place the viewer between a close engagement with the sitter themselves, and with Hockney’s almost unceasing perceptual ability. 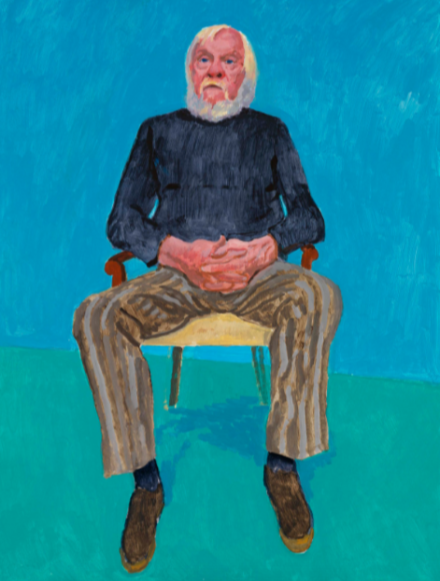 It’s a testament to his capacities as a painter that one can focus so long on the sitter themselves.  The artist’s fluid hand traces momentary glances and facial expressions in a way that often belies the skill and craft of Hockney’s own execution, almost as if the labor of the sitter’s depiction vanishes under the personality Hockney imbues each work with.  One of Hockney’s greatest talents has long been in the studied brush stroke, knowing when a single line of paint can stand for a complex arrangement of features, shadowy details, or bodily poses.  It’s perhaps one of the reasons why his pieces so frequently employ such minimal backdrops.  His work rarely diverges from a one or two tone backdrop across the show, emphasizing the contrast of equally flat planes of paint, occasionally sparked off by lighter hues that give the work some of its vivid energy.  Even the chair that each sitter rests in remains consistent throughout the show, another twist of the artist’s uniquely dry sense of humor. 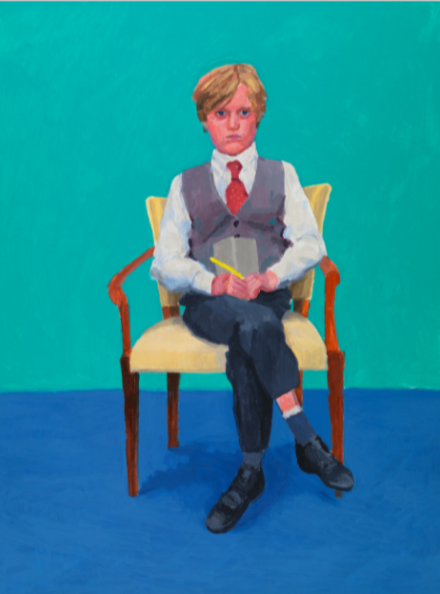 Perhaps its this series of details that, at least in part, allows Hockney’s work to speak so loudly with such slight operations on the canvas.  Striping the act of portraiture down to its most minimal and unadorned elements (sitter, seat, backdrop), Hockney’s canvases allow the viewer to zero in on the nuanced expressions of both his sitters and his brushwork.  For the artist, the sitter, regardless of their background, history or stature, expresses a certain distinct variant on the human experience.  Distilling the work itself, and the structural considerations of expressing that humanity down to its raw essence, Hockney allows each face and body to speak with impressive volume.

The artist’s show of portraits is on view through October 2nd. 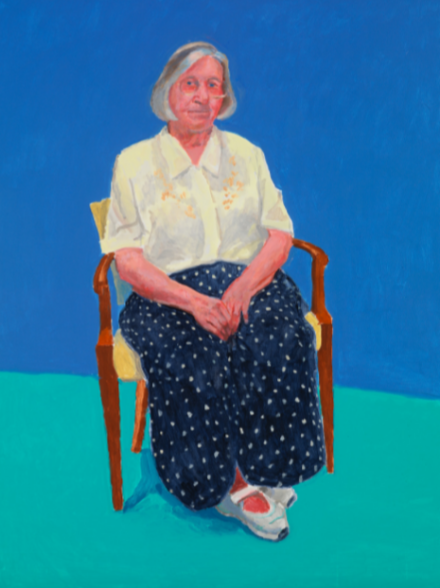 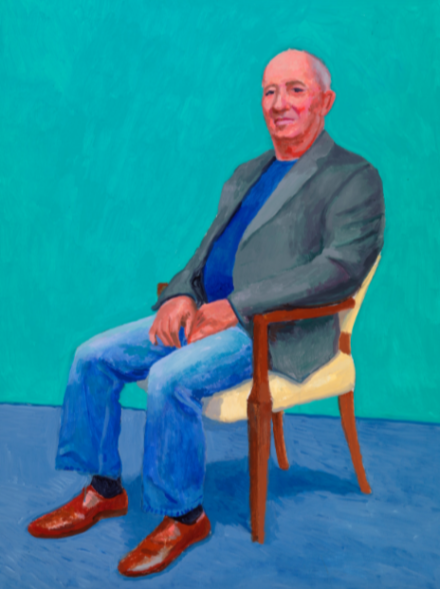 This entry was posted on Wednesday, September 14th, 2016 at 1:57 am and is filed under Art News, Featured Post, Show. You can follow any responses to this entry through the RSS 2.0 feed. You can leave a response, or trackback from your own site.