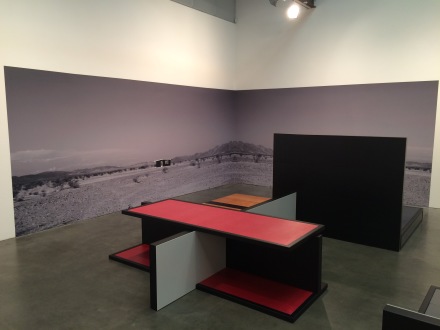 Taking over Andrea Rosen’s main Chelsea exhibition space on 24th Street, artist Andrea Zittel is showing a body of new works exploring not only the intertwined concepts of abstracted sculpture and utilitarian object that informs her object-based practice, but equally delving into the experience of space in relation to each piece.  Showing a series of works on view in multiple places simultaneously, Zittel’s practice realizes a distinctly indeterminate space between landscapes and contexts of use. 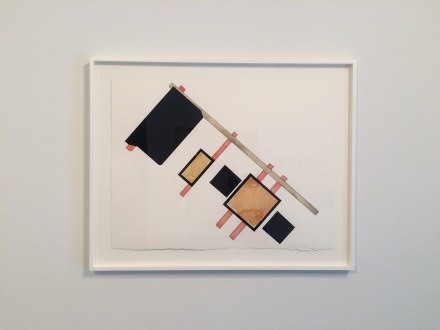 For the past several years, Zittel has repeatedly mined the landscape and necessary requirements for life in Joshua Tree, CA, exploring models for sustainable living and art practice that in turn serve as generative structures for her more traditional gallery practice.  Zittel’s modes of living, her acts of reclamation, adaptation and modification for survival in this harsh climate, ultimately double as acts of aesthetic practice, taking on a concrete project under the title A-Z West.  Her gallery work reclaims the forms of these functional sites as an aesthetic focal point of its own, particularly focusing in on the creative act of living in the California desert.  Divorced from their original use, the works at Andrea Rosen turn the focus to Zittel’s own creative impulses in the creation of these objects, and the negotiation between aesthetic concision and personal utility that her practice so often addresses. 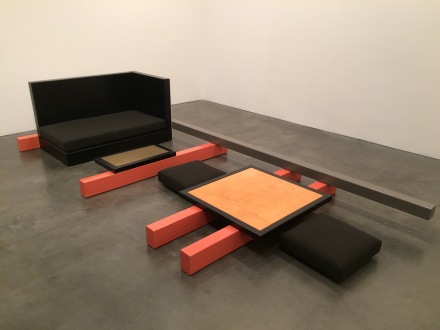 In the main room, a pair of sculptural objects are accompanied by photographs documenting their parallel application in Joshua Tree, underscoring the object’s utilitarian and aesthetic functions based on their differing contexts.  One work, a sort of table/island Zittel has installed in one room of her home, is presented as a sort of fragmented, post-minimalist investigation here.  The visual language employed speaks quite strongly from the perspective of American mid-century design, with minimalist blocks of color and spare, parallel panels underscoring a certain elegance of arrangement, yet its dialogue with the somewhat limited space of the gallery gives it a note of spatial politics, as if its lingering panels were meant as a way of exploring varied perceptions of height and depth in relation to an immediate, practical use as a table.  Zittel’s pieces frequently seem to work this juxtaposition; a nearby work gives the illusion of a coffee table and chair set, but its stretched out form and frequent uses of negative space abstracts any easy reading of the objects as a furniture set. 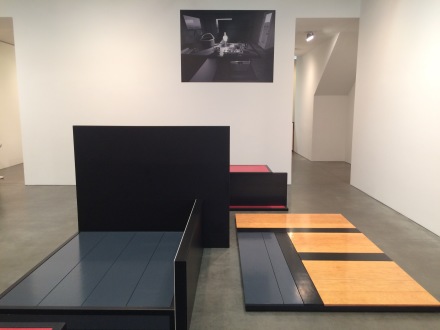 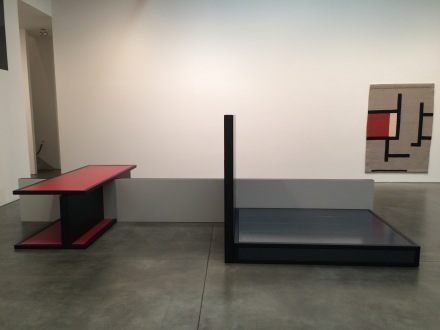 There’s a distinct thread of personal re-creation at play here, the idea of repurposing and commodifying the elements of daily life as art objects, while at the same time bending and reshaping these forms and hard industrial lines into something less concretely usable.  It’s only in their relationship to real structures, and to the contexts that activate them, that ultimately ground Zittel’s work in the language of interior design, and perhaps vice versa with the gallery context.  These fine lines between life and art, use and context, or aesthetic and utilitarian value, ultimately are forced to a breaking point with Zittel’s works, as her explicit embrace of studied craft and conceptual operations in turn realize works that operate well in either situation, whether in the sterile gallery setting, or the vast expanses of her desert home.

The show is on view through October 8th. 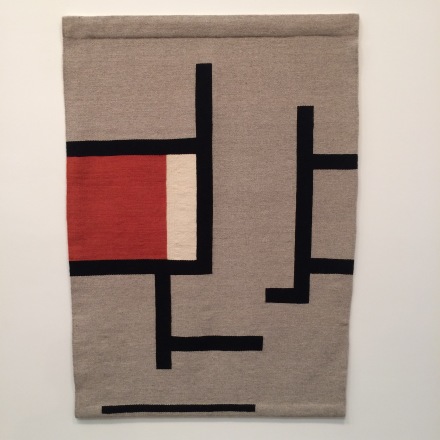 This entry was posted on Tuesday, September 27th, 2016 at 12:15 pm and is filed under Art News, Featured Post, Show. You can follow any responses to this entry through the RSS 2.0 feed. You can leave a response, or trackback from your own site.