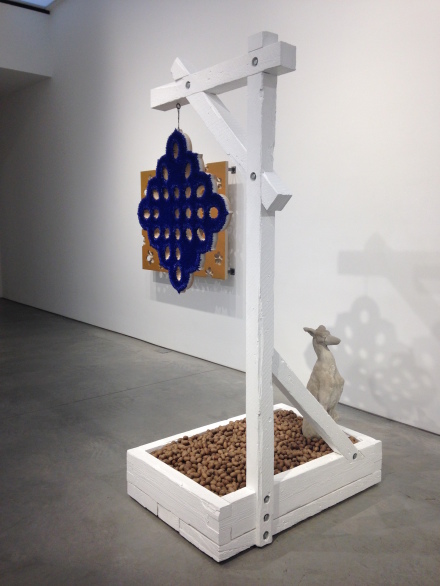 Spanning Marianne Boesky Gallery’s two adjacent Chelsea locations, including the recently-opened space at 507 W. 24th Street, any fallow field, a show of recent work by seminal New York artist Donald Moffett’s investigates some of the reoccurring themes in his multi-media practice.  Moffett’s work emerged in the midst of a New York art scene that, during the ‘80s, was dealing with the debilitating impact of AIDS, a point that made tremendous impact on his complex practice. Moffet’s work sees gender and identity politics explored through oblique, yet elegant, gestures, while remaining heavily invested in representation of form, texture and paint. 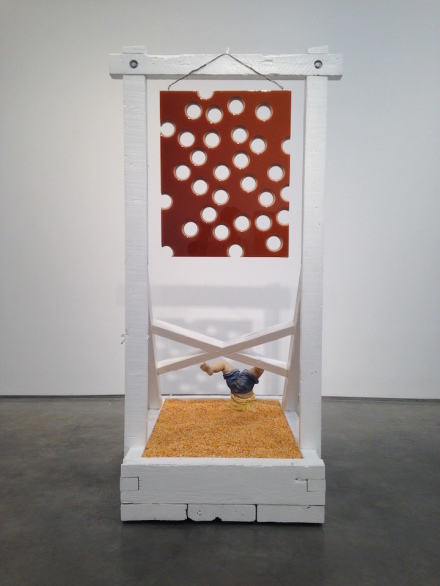 Widely recognized as a core element of his practice, Moffett’s protruding paintings appear throughout the exhibition, their elaborate shapes and voluminous textures mounted onto the wall in various heights or incorporated into three dimensional mixed-media works. While the artist underlines nature as the pivotal thread in his multi-faceted narrative, his particular interest is the possibility of seeing the world through pure vision, amidst the sense of technology-fueled chaos we often find ourselves in. 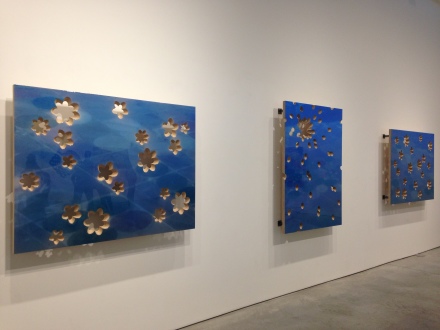 “With this work, I will look at the other way and remind myself of what is there,” Moffett said, tying his work to his investigations of nature as a nucleus, eclipsed and contaminated by the mankind.  The most vivid renderings of this tendency is a series of pigmented epoxy resin pieces, with the artist applying wax over photographs he took of nature in an attempt to preserve the constant flux surrounding him.  The process is completed by the addition of holes, a crucial component in Moffett’s work that has been subject to various interpretations over the years. 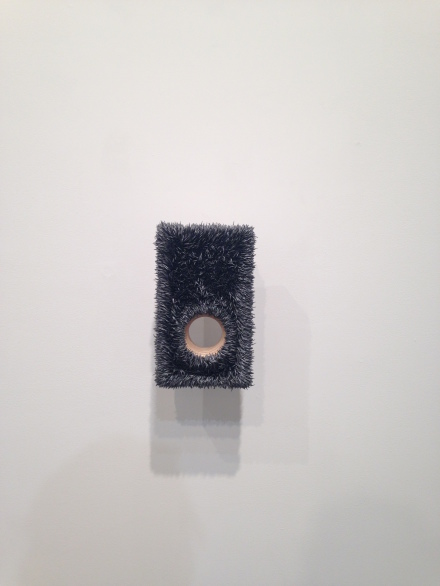 Given the corporeal essence his thickly painted, hair-like surfaces manifest, these holes convey a sense of humanity or sexuality, a portal to countless bodily possibilities encapsulated within the skin.  From an aesthetic aspect, they accentuate the paintings’ poetic and sculptural façades, allowing the wall behind the work to appear attainable through the void, counterbalancing virility and the wholeness traditional paintings seek to convey.  In some senses, Moffett queers traditional painting, turning it inside out or defying its relentlessness. 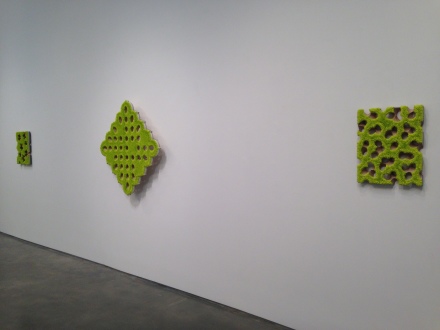 Two sculptural works, for which Moffett incorporated mundane materials such as pecans and corn alongside his signature oils on linen, balance abstraction with fluid narratives.  The Texan-born artist’s association with edible, occasionally nostalgic materials reinforce his commitment to discourse on the body. The found wooden sculpture of a child—chipped, impaired and helpless—dug into the corn suggests autobiographical undertones, equally problematizing and canonizing its impaired existence.

Donald Moffett: any fallow field is on view at Marianne Boesky Gallery through October 15, 2016. 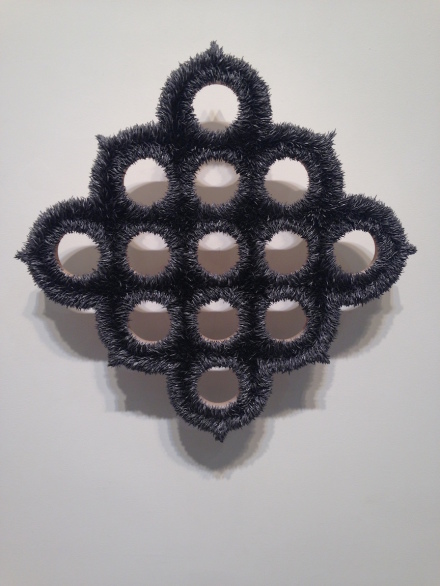 This entry was posted on Thursday, September 29th, 2016 at 11:36 am and is filed under Art News, Featured Post, Show. You can follow any responses to this entry through the RSS 2.0 feed. You can leave a response, or trackback from your own site.