New York – Andrew Kuo: “No to Self” at Marlborough Chelsea Through January 14th, 2017 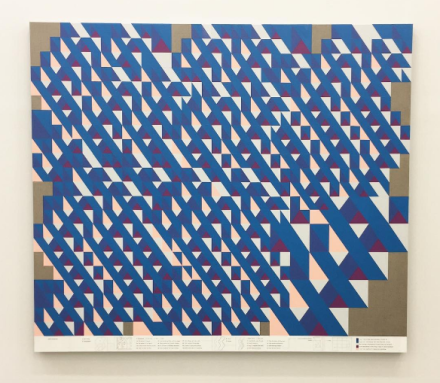 Andrew Kuo’s work functions at an intersection of the cognitive and formal.  His paintings, jagged and winding swirls of color executed in meticulously arranged grids, draw on histories of formally precise, minimalist painting from across the 20th century.  Yet at the same time, his work twists these forms through a framework of subjectivity, using corresponding texts at the bottom of his paintings to turn them into charts and datasets of sorts.  The amount of time dwelling on various subjects, personal details or grand metaphysical questions are implied through his works, often tinged with a wry sense of humor. 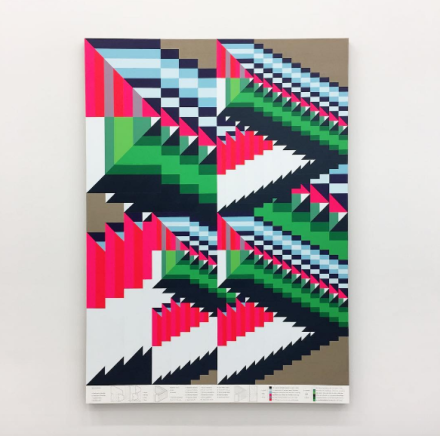 This mode of engagement with the canvas, and the world that surrounds it, continues with Kuo’s most recent exhibition at Marlborough Chelsea, presenting a new series of paintings that function as both an elaboration on his already established modes of painting.  Kuo seems to branch out in both directions through this new body of work.  In some, his blocky, almost pixelated approach to painting seems to swirl before the eye, recreating the visual forms of screen glitches and other digital artifacts.  The colors and lines frequently disrupt or rupture each other, yet the patterns and rhythms of the work never fall out of step, ultimately creating a visually engrossing series of textures that seem to grow more complex over the course of the show.  Yet at the same time, Kuo’s work here also seems particularly sure of his capacities, and often explore less explosive variations in color.  In some works, like TRIP (7/15/16), he relies on larger blocks of color, giving off points of contrast from only momentary inflections of blue and white. 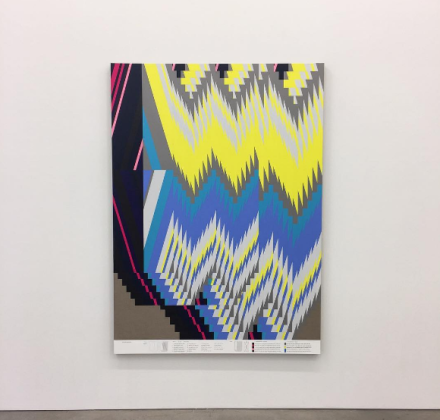 It’s an interesting note to watch Kuo’s work in this mode evolve and change in time, particularly considering the increasing pace of digital technology development and the speed of data conveyance.  Much in the same way that systems for data processing, representation and consumption have continued to grow more complex and intricate with the pervasive nature of modern digital culture, Kuo’s systems of knowing, feeling and thinking seem to be growing and expanding in form as well. 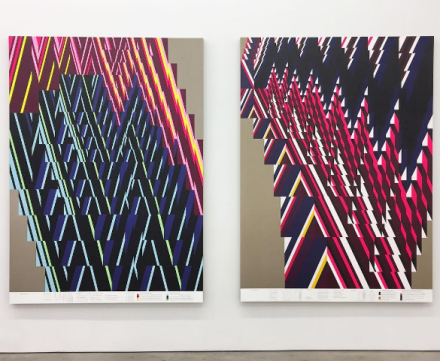 Andrew Kuo, No to Self (Installation View), via Art Observed

Yet as much as the artist draws on these systems of meaning and meaning-making in the modern information landscape, his works still brim with a particularly human personality.  “Are we in the same clothes for eternity?” Asks one work, drawing on dark humor and child-like innocence in equal measure.  In another, the artist compares various approaches to health and nutrition, or explores even more vague explorations of form and purpose, each time leaving his works with a glimmering, yet snarky twist on the natural curiosity of the human mind.  It seems a strikingly human approach to Kuo’s techniques and subject matter, one that explores the cast-off and often unexamined processes of human thought in exchange with the twists and swirls of cognitive capacity that bring them to foreground or leave them ticking in the backs of our heads.  In a world of constant infographics, boundless communication and neurosis ad infinitum, Kuo’s work keeps the human soul in view, even under mounds of data.

The show is on view through January 14th. 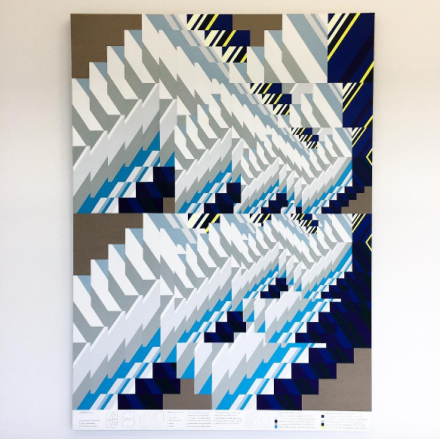 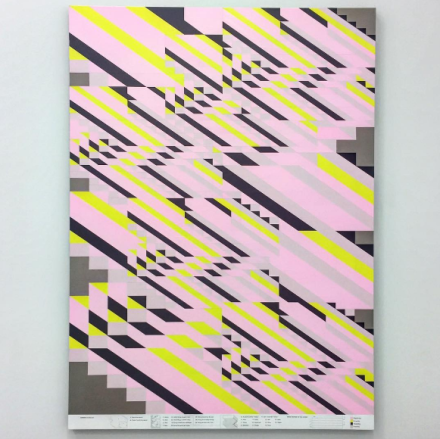 Read more:
Andrew Kuo: No to Self  [Marlborough Chelsea]

This entry was posted on Sunday, January 8th, 2017 at 3:32 pm and is filed under Art News, Featured Post, Show. You can follow any responses to this entry through the RSS 2.0 feed. You can leave a response, or trackback from your own site.