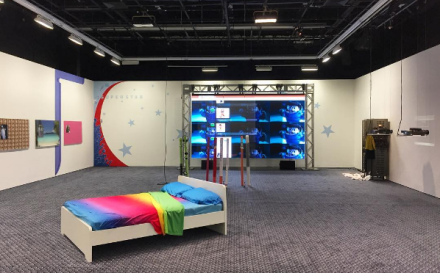 Since 2003, artists Cory Arcangel and Olia Lialina have held an ongoing dialogue on contemporary practice, politics and the web, exploring their shared experiences in the early years of broadly accessible internet culture, and the often obscured histories that the era’s technologies and sites (GeoCities, early Javascript, etc.) held.  Working together for the first time, the artist’s have embarked on Asymmetrical Response, an exhibition at The Kitchen that feels like equally like historical research and contemporary study, engaging with a distinct era of internet culture while serving as an elaboration and examination on the conditions that have ultimately played out on the stage of American politics this year. 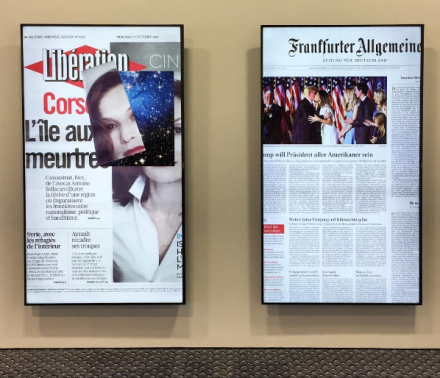 Arcangel and Lialina operate on an intriguing intersection of practices that not only underscore the artists’ respective modes of work both physically and online, but equally trace the eras in which their practice is particularly grounded.  While Lialina’s work seems to focus in particular on digital modes of processing images, and the act of participating in the image itself, Arcangel’s inclusion of several pool noodles dressed in various subcultural fashions, and even a range of his Arcangel surfware apparel pieces, implies a certain departure from the screen, or rather, a transposition of internet culture onto the body in offline space.  In both, their work frequently draws on the images of the day; Paul Krugman and Melania Trump both appear in the works, as do various images and symbols scraped from websites and other programs. 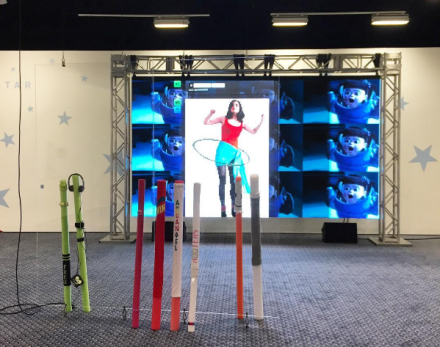 Yet this explorations of form make for an increasingly potent conversation between the two artists, populating both sides of the exchange between users and network.  While the image on-screen continues to dominate the works, particularly in Lialina’s striking full-wall video projection (Nothing You Can Compare to Your Neighborhood Hoe) (2011), which documents not only her work as a model for moving GIF images during the mid-aughts, but equally its engagement with a broader sense of internet nostalgia, framed by its presence on a website that compiles and notes internet artifacts of this era. 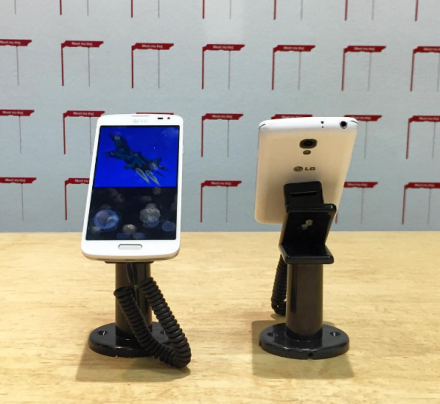 Elsewhere, the artists delve into their own sense of archival exploration, showcasing divergent evolutions of digital culture informing both Russian and American life in the 21st Century, perhaps best seen with a pair of works on a table in one corner of the room.  Arcangel’s MiG 29 Soviet Fighter Plane, Clouds and Android (2015) is profiled alongside Liquid Crystal Curtain both exploring notions of hacked gaming software and the political undertones that inform both a Nintendo hack creating a Soviet Russian bombing video game, or a series of Nintendo games modified and resold in the Soviet Union.  In both, the middle space of ideological uncertainty inherent in bootlegged software and hacking, resistant to vertical constructions of identity ad power, remain apparent, showcasing a ground that perhaps equally informed the artist’s interest in collaboration, functioning from both sides of the former Iron Curtain through the cultural grey area of cyberspace and subjective technological manipulation. 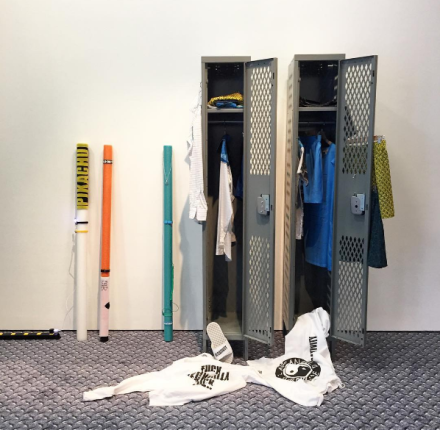 It’s perhaps this note that makes the exhibition so strikingly apropos for the early weeks of 2017, as renewed political hostilities over digital attacks between the U.S. and Russia dominate the news.  Lialina and Arcangel’s shared works here seem to trace a culture functioning outside of rigid national boundaries, a utopian premise of the early web that seems overshadowed by the increasingly fierce struggles in the digital sphere today.  As the web grows increasingly embedded in global political and social space, this exhibition reiterates the promise of the early web as a free space of fluid identities and free information.  Considering the current political discourse, and the right-wing vitriol of message boards like 8chan or Breitbart News, the early premise of the web offers a striking contrast.

The exhibition is on view through February 18th, 2017

This entry was posted on Monday, January 30th, 2017 at 12:39 pm and is filed under Art News, Featured Post, Show. You can follow any responses to this entry through the RSS 2.0 feed. You can leave a response, or trackback from your own site.