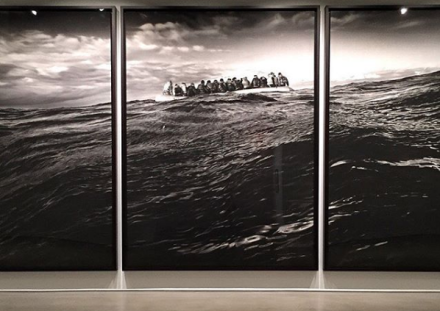 Several years ago, a lone Robert Longo piece left quite an impression at Art Basel Miami Beach.  The subdued charcoal composition depicting several players from the St. Louis Rams posing in the iconic “Hands Up, Don’t Shoot” pose that followed in the wake of the death of young Michael Brown at the hands of a police officer in nearby Ferguson, Missouri was stark and imposing, a powerful reminder of the specter of police violence preying on black citizens in the United States.  It made for a sudden rupture in the often buoyant atmosphere of the fair, and one that welcomed the turbulence of the outside world in. 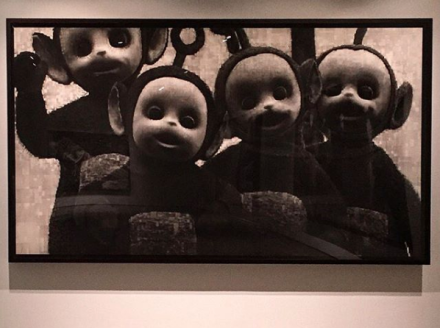 Longo’s work frequently mines these sites of cultural and political collision, mixing images with distinct cultural reference points against distinct socio-political situations, often allowing the selected images to shift between both poles in an ongoing exchange.  In the landscape of Trump-era America, Longo’s new exhibition, The Destroyer Cycle, on view at Metro Pictures, hits with particular force, culling together a new series of works drawing on the modern landscape of the United States, and the world.  His untitled St. Louis Rams piece is included here, alongside a depiction of a destroyed bust from the ancient city of Nineveh, paralleling institutional oppression in the U.S. against the destruction of the Middle East at the hands of the Islamic State.  In another corner, a massive drawing of a shattered iPhone screen towers over the viewer, carrying its own implications of force, commercialism and capitalist value systems. 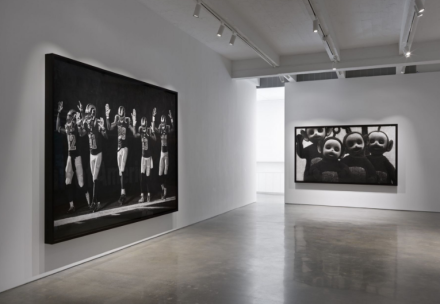 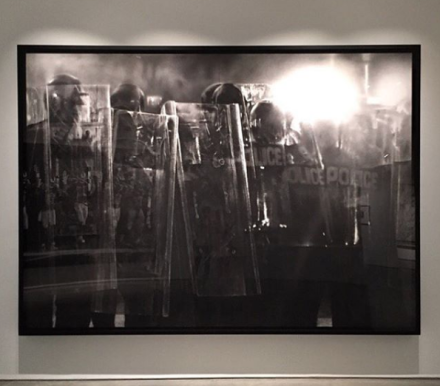 Longo’s pieces are relentless in both their vision and scale, manipulating their source material to create challenging, often politically fraught images that draw increasing strength from the artist’s hyper-real (and occasionally hyperbolic) modes of depiction.  Untitled (Raft at Sea), for instance, depicts a small lifeboat on open waters, an image drawn from the cover of a publication by Doctors Without Borders, but manipulated to change the viewer’s perspective and relation to the craft.  Spreading vast expanses of water across the length of its immense bounds, the artist poses the fleeing refugees of the original image against a roiling, dangerous sea, amplifying the tension and impact of the image by both the scale and the internal movement of the image.  In another work, his depiction of a group of shielded riot cops is coated in a smoky haze, lending the image an increased sense of dread that is only compounded by the sheer scale of the image.  In the wake of images like this one, the artist’s depiction of the text from the First Amendment to the Constitution takes on an increasingly powerful place in the show. 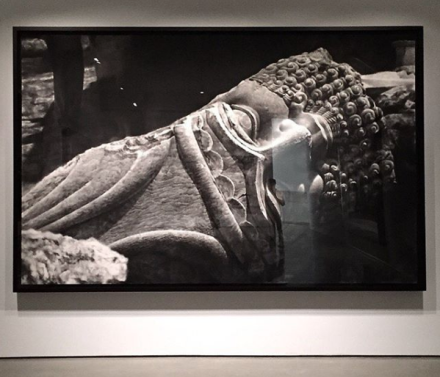 Yet Longo’s selections for the exhibition also play on a number of threads outside quick and easy readings of historically resonant phenomena.  A series of works drawing inspiration from the work of Titian, including a re-creation of the artist’s work Venus with a Mirror, and a production of an X-Ray examining the work are posed against each other, underscoring the work’s relationship not only to the canon of art history, but equally to the network of technological and institutional bounds that keep the work in circulation. 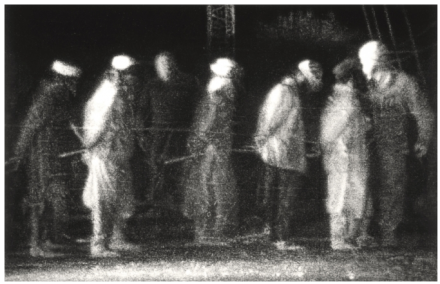 This sense of the artist’s work, of exploring images and their referents alongside the broader themes and systems that ultimately produce and circulate them, underscores his work’s significance in an era of confusion and near-constant information bombardment.  Rendered at such scale and power, Longo’s images give the viewer a moment’s pause.

The exhibition is on view through June 17th. 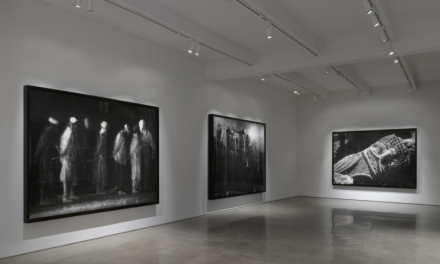 This entry was posted on Wednesday, May 31st, 2017 at 12:26 pm and is filed under Art News, Featured Post, Show. You can follow any responses to this entry through the RSS 2.0 feed. You can leave a response, or trackback from your own site.