New York — Philippe Vandenberg Is On View at Hauser & Wirth Through July 28, 2017 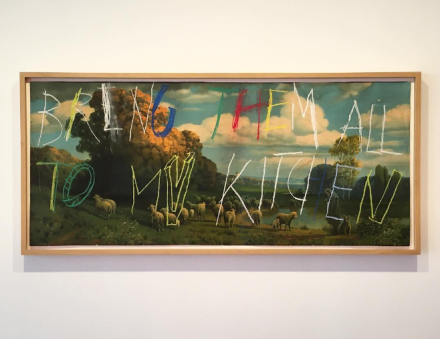 When the Belgian artist Philippe Vandenberg committed suicide at his Ghent home in 2009, he left behind an expansive body of work, including a drawing book that brims with semi-abstract watercolor sketches detailing the artist’s inner conflicts. Dedicated to the work Vandenberg created between 2006 and his death, Hauser & Wirth’s exhibition at its uptown space in New York aims to bring the legacy of the pioneer painter back to the New York art world’s attention. While Vandenberg left a significant footprint in his hometown during the European Neo-Expressionist movement of the 1980’s, he maintained a relatively low profile in the United States, with only a handful of solo exhibitions in the last three decades. This show, organized by Anthony Huberman, the director of San Francisco’s CCA Wattis Institute for Contemporary Art, expands throughout the gallery, bringing together a group of milestones from his last years that underscores his unique vision. 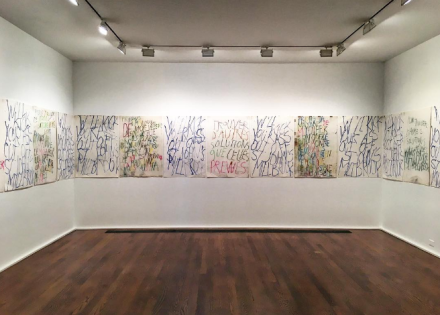 Reminding viewer’s of Vandenberg’s assertion; “I don’t see myself as an artist, but a witness of this world” during a walkthrough, Hélène Vandenberg, who co-manages his father’s estate with her two brothers, underlines the artist’s awareness of prevalent socio-political issues in Europe, and around the globe. In contrast to his responsiveness to the ongoing social climate around him, the painter had also maintained an astonishingly subjective and introspective practice, implementing traces and inflections of imagery from his childhood and his experiences as a middle-aged man throughout his work. The most vivid example of his obsession for the depths of his subconsciousness is his sketch book, which is displayed page-by-page on a custom-made wooden table on the first floor. Containing whimsical, childlike drawings and complex meditations on the nature of adult life, these drawings show  primitive depictions of bodies and fluid geometric or circular forms, chronicling the artist’s everyday joys and struggles before his suicide. Reminiscent of the similarly tempestuous and contemplative work of Dieter Roth or Mike Kelley, these drawings exemplify the burden of living with artistic creativity and its consequent demons. 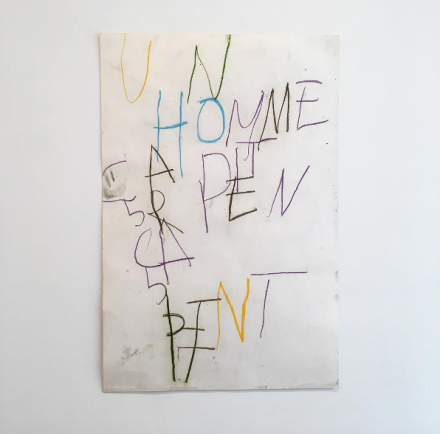 Vandenberg’s interest in testing the extents of language—Dutch, French or English—results in a series of text drawings that cover an entire room on the second floor. The studio he had in Molenbeek, Brussels’ foremost Muslim neighborhood, result in a group of drawings within this series in which he expressed his interpretations of humanity, self, and politics using slogan-like expressions that challenge meaning and coherency. During her walkthrough, the artist’s daughter emphasized her father’s fascination with Kamikaze, which meant for him self-destruction and leaving past behind. His interpretation of such Phoenix-like resurrection, according to the daughter, occurred through a constant search for meaning in life through his art that continued evolving, even until his untimely death.

Philippe Vandenberg’s work is on view at Hauser & Wirth through July 28, 2017. 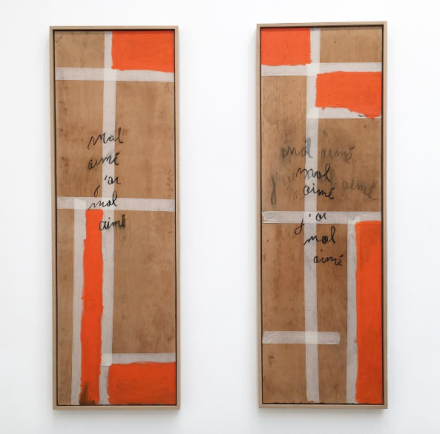 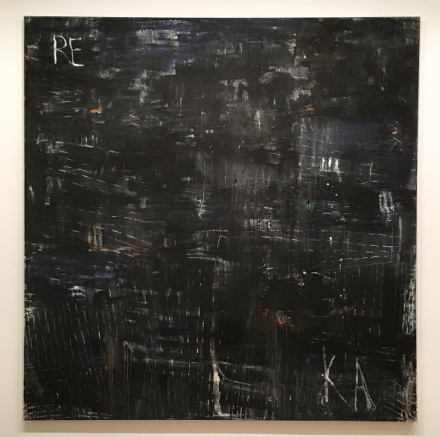 This entry was posted on Friday, July 28th, 2017 at 12:31 pm and is filed under Art News, Featured Post, Show. You can follow any responses to this entry through the RSS 2.0 feed. You can leave a response, or trackback from your own site.