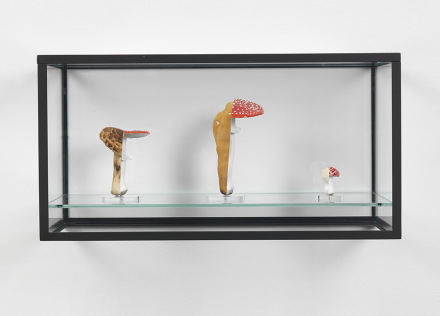 On view through September 1st, the Gagosian Gallery in New York presents REASON, an exhibition of recent work by Carsten Höller.  In this show, the artist’s first in New York since 2011, Höller unites scientific exactitude, play, and art through work that transforms the gallery into a laboratory for exploring and disproving the conceptual act and understanding of reason. Revolving doors, rotating mirrors, giant mushrooms, and huge dice create a world of discovery and whimsy, in which viewers are invited to explore the fascinating and beautiful logic behind the natural world. 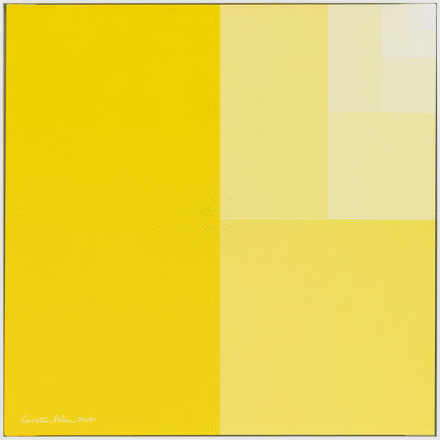 Trained in the natural sciences, Höller’s work has revolved around interrogating the methods through which humans seek to understand the world. Towards this end, he imposes standardized systems of logic on the behaviors and appearances of humans, fungi, insects, and animals, then lets go and observes what happens. As the artist states, “I start with a formula to get a process going, then the formula takes over and continues into infinity on its own. It is not about creative decisions anymore; there is no choice, only reason.” The effect of this process is the sense that Höller’s work seeks to invite viewers into the satisfying and inspiring process of discovery and experimentation. By eliminating subjectivity, the subjects are treated as independent, organic material acting and reacting independently. This places both the viewer and the artist in the position of an objective observer, passively admiring the results of some predetermined formula.  Both formally and conceptually captivating, Höller’s topics work to involve the viewer and inspire reflection and wonder. In this exhibition, the overall scheme for the two galleries is that of binary, diametric opposition and division. Following a pattern of diminishing halves, this takes place through color gradations, light intensity, and the positioning of the work itself. 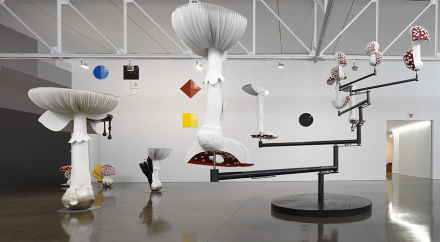 In Revolving Doors, constructed according to the concept of triadic division, the viewer is engulfed in a sea of changing, shifting, turning reflections. The Divisions series of paintings, as well as two murals that cover the gallery walls, instead follow a binary logic. A biological equivalent to this geometric pattern is explored in Divisions (Rose-grain Aphid and Surface), which shows the parthenogenesis of a female rose aphid against a red background. The Giant Triple Mushroom sculptures are composed of enlarged cross-sections of three different fungal species, while Muscimol 3. Versuch, sees the artist exploring the hallucinogenic effects produced by the fly agaric mushroom when ingested. Another mushroom work, Flying Mushrooms is a giant stabile with moving parts, involving the rotation of seven fly agaric mushroom replicas slowly through the air like a propeller. 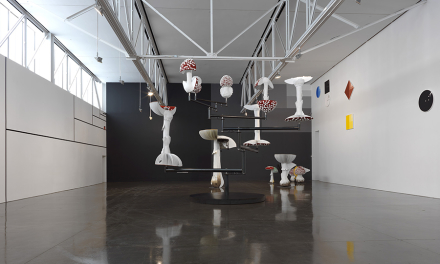 As in his other investigations, Höller seeks to eliminate subjectivity in order to apply and allow divisional formulae to determine the composition of each work. Setting objects free in a loose network of objects and interpretations, his pieces push the viewer into an extended space of indeterminacy and playful construction of meaning. The standardized systems of logic applied here produce a captivating and hyperreal resulting piece. The artist’s fascination with the formulaic rationality that rules the natural world comes through in REASON, and invites the viewer into an experience of wonder and play, predicated on the foundation of objective precision. In turn, the exhibition takes on the role of homage to the exquisite symmetry of the natural world. 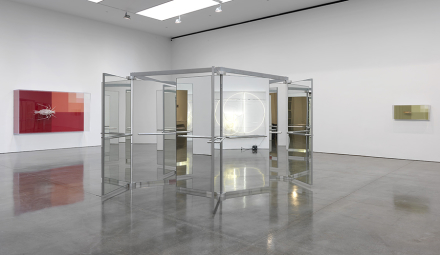 This entry was posted on Monday, August 21st, 2017 at 11:20 pm and is filed under Art News, Featured Post, Show. You can follow any responses to this entry through the RSS 2.0 feed. You can leave a response, or trackback from your own site.