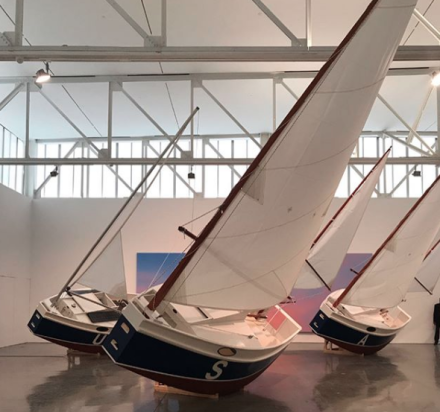 For its newest exhibition on view at its 24th Street exhibition space in New York, Gagosian Gallery takes a look to the west, embracing the recent potency of Los Angeles’s fine arts community with a show of works that both spotlight the gallery’s representation of artists currently working in the Californian metropolis, while simultaneously exploring the cultural landscape and iconographies of a city that has shaped their work as much as they have shaped its perception in the art world.  Drawing on work from Alex Israel, Mary Weatherford, Jonas Wood and others, the show is a striking introduction to the Californian artists currently working with Gagosian, and the shared lineage of Californian art that the gallery has long participated in supporting. 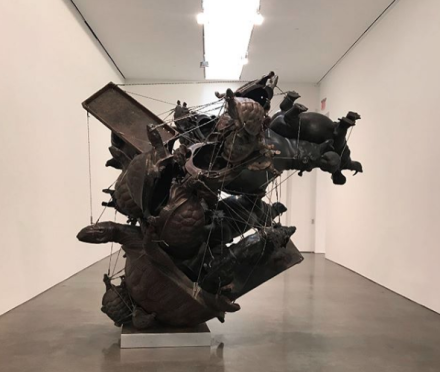 The show itself is an expansive affair, drawing on any number of unique and compelling works from the gallery’s roster of Los Angeles-based artists.  In one corner, Weatherford’s neon light-embellished works evoke the gentle shades and colors of the Californian skyline, balancing painted hues with overarching washes of colored light.  Elsewhere, the landscape features in other abstracted forms as Israel’s printed landscapes draw on expressive lines of text to give them additional cultural undertones and narratives, underscoring the city’s ability to both exist in the midst of such natural beauty, and to simultaneously inscribe itself into its landscapes (perhaps an after-effect of Hollywood’s perpetual image-making around the region). 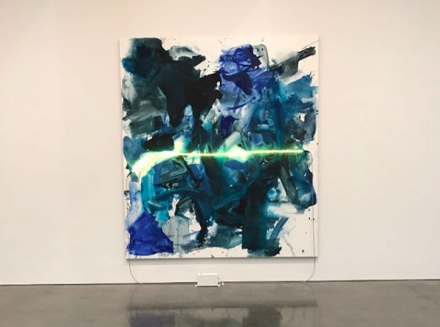 Elsewhere, the city’s massive industrial bulk and history as a thriving port comes into conversation with the language of its artists.  Sterling Ruby’s work, for instance, blends a near-mechanical mode of reclamation and production in his work, mixing together found materials with his signature aesthetic inclinations, while Chris Burden’s Three Ghost Ships (1991) turns the city’s nautical history into a broader engagement with that of America’s political identity.  Designed for unmanned navigation, Burden built the ships in hopes that they may retrace the path of the first colonists across the Atlantic, carrying a small cargo of tea from Charleston, South Carolina to Plymouth, England, ultimately returning a small fraction of British colonial history back to its origins. 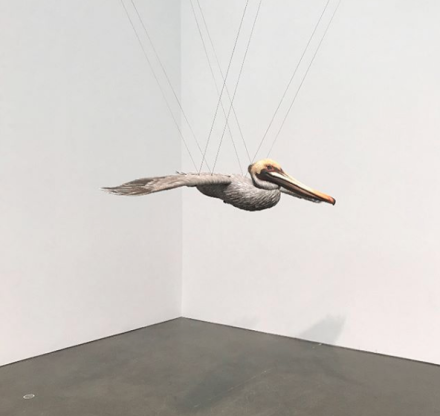 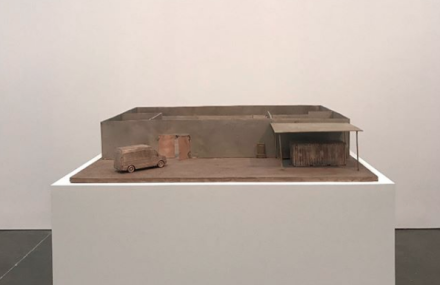 What often emerges from a spotlight on the work of artists in any medium from Los Angeles is a view of the city itself, unveiling its continually unfolding landscapes and myriad cultural subtleties.  Much in the same way that so many films set in Los Angeles ultimately serve as a portrait of the city itself (the subject, in fact, of Thom Andersen’s classic documentary Los Angeles Plays Itself), the show brings these threads together into a show that reflects both the city and those living in it.  Spanning this broad range of practices, the show at Gagosian risks folding in on its sheer density of subject matter and iconographies, yet the show manages to sustain an intriguing perspective on the city, mixing together historical and purely aesthetic elements of the city to create a thriving picture of itself.

LA Invitational is on view through December 16th. 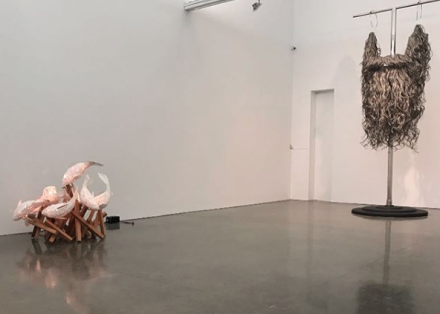 This entry was posted on Sunday, November 19th, 2017 at 3:07 pm and is filed under Art News, Featured Post, Show. You can follow any responses to this entry through the RSS 2.0 feed. You can leave a response, or trackback from your own site.