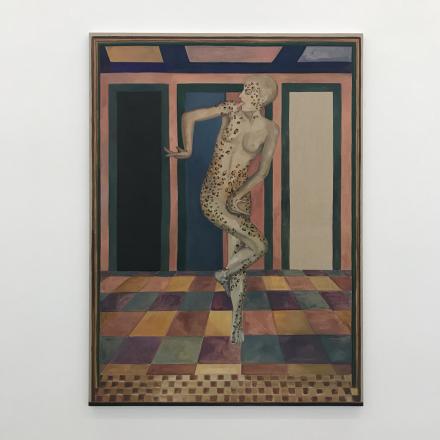 A group of young artists takes center stage at Lisson Gallery this month, with an exhibition titled The Rest exploring their respective interests in figurative painting as well as concomitantly capricious and complex approaches to image making.  Featuring the work of Van Hanos, Allison Katz, Jill Mulleady, Jeanette Mundt, Nolan Simon and Issy Wood, the show is a striking inquiry into a range of ideas and concepts in modern image production, and the state of the painted image in the 21st Century. 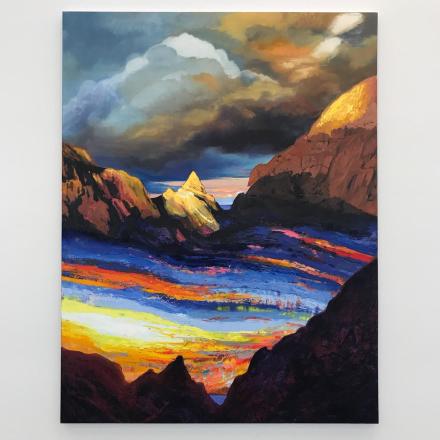 Van Hanos, Portrait of our Mother as a Mountain (2018), via Art Observed

The show begins with a question that has been asked many time over the last 60 years: in an era when images are created and exchanged without premeditation or hesitation, and reproductions are ubiquitous, how might we rethink painting?  The answer, in these artists minds, seems to be to dive deeper into the structure and state of the image, both in circulation and in creation. 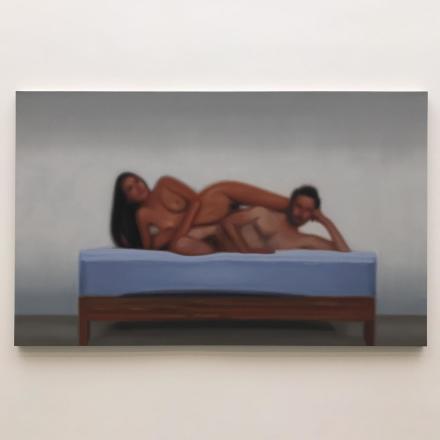 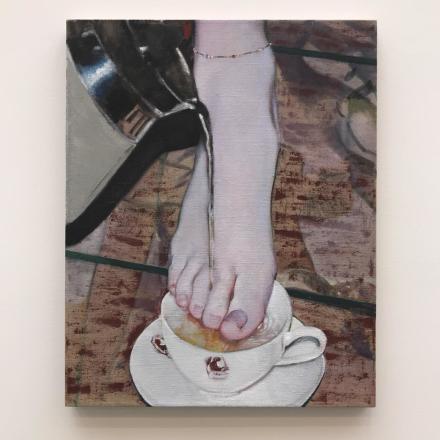 The show runs through a broad range of painterly approaches here, passing from landscapes to rote figuration to surreal transpositions of similarly broad modes of painting.  In the work of Van Hanos, for instance, the artist borrows from both landscapes in his paintings of Big Bend National Park and from the act of portraiture in Figure Eight (a painting of a group of blurred bodies siting up naked in bed.  Yet in both, the artist’s approach and reverent tone to both human and non-human bodies comes to the fore.  Giving his images a sense of suspended action and subtle twists of reality, the artist’s embrace of sensations of motion and action bring each element and body in frame to a shared sense of life. By contrast, painter Jill Mulleady’s strange mixtures of sexual desire, human forms twisted into the surreal (her work Touch Me Not features a human-reptile hybrid of some sort), and smoky, atmospheric renderings of space, all conspiring towards a sense of sustained tension and action that underscores her ability to conjure raw energy from her materials. 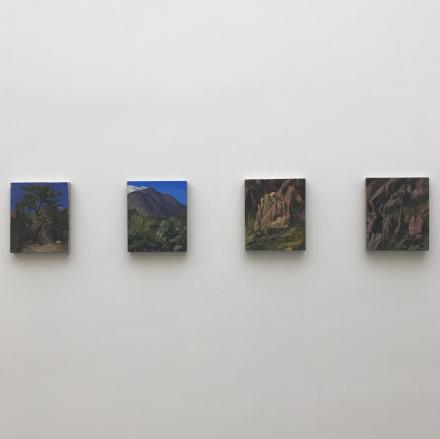 Other works seem to take a more subdued approach to similar moments of charged subject matter.  Nolan Simon’s images of women’s body parts and strange scenes one could interpret as the performance of fetish culture are rendered in a staid, historically-resonant approach that seems to subvert or reposition the scenes depicted as part of the everyday experience of the world.  Similarly, in the work of Allison Katz, subdued pieces are allowed to float in a state of wild abandon, drawing on Impressionist modes to arrive at a more vivid, energetic depiction of the world around the artist. 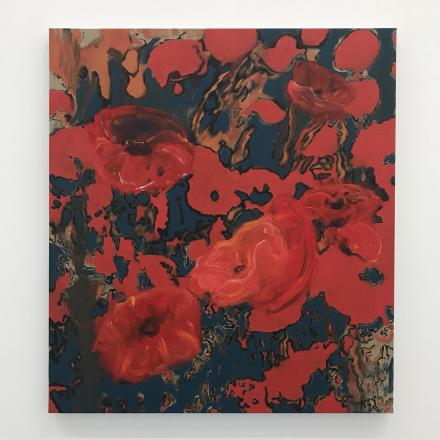 These artists destabilize traditional notions of a singular aesthetic or artistic identity, using imagery instead as a sustained struggle both with and against the history of figuration.  Trends and historical notes are borrowed from, deconstructed, or thrown clear out the window, underscoring perhaps that the depth of the modern image archive has not left painting at a loss, but instead has rejuvenated its possibilities, and production techniques, tenfold.

This entry was posted on Wednesday, January 30th, 2019 at 12:33 pm and is filed under Art News, Featured Post, Show. You can follow any responses to this entry through the RSS 2.0 feed. You can leave a response, or trackback from your own site.