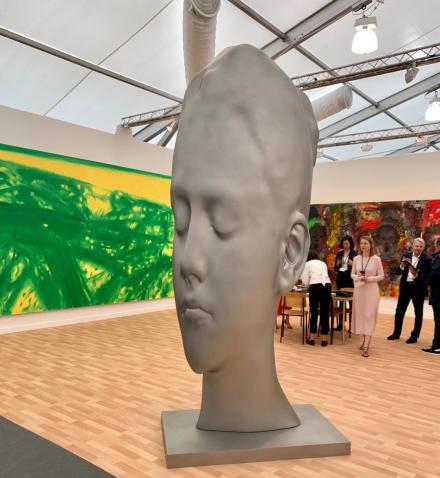 Marking its newest iteration on Randall’s Island, Frieze New York opened its doors on its VIP Preview today, welcoming a string of collectors, gallerists and artists winding their way over bridges or up the East River by Ferry this morning. The fair opened its doors on the early hours of its first preview day Wednesday, offering an opportunity for collectors and dealers to take a first stroll through the fair without the bustling crowds of the later fair days.  Celebrating its eighth year on Randall’s Island, the fair’s early previews saw a first look at a fair that has come into its own as an anchor of New York’s already packed art scene, and which has become a much-anticipated first hint of the summer months in the city. 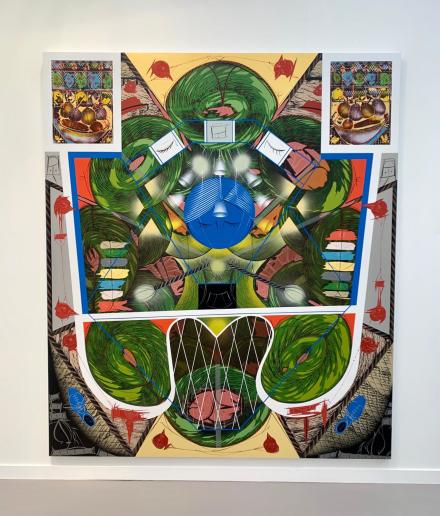 Despite some cool weather, the enthusiasm for the early hours of the event saw notably healthy crowds for the fair’s first day, yet sales seemed somewhat unevenly distributed across the fair, with some reporting slow business while others notched tidy sales.  Galerie Perrotin had shot out of the gate, selling a range of pieces by Izumi Kato at prices from $4,500 to $68,000, while Hauser & Wirth had sold a string of works by Jenny Holzer from her “Redaction Paintings” series, priced at $175,000 to $300,000 and once more of particular cultural import following the release of the Mueller Report this spring.  In one corner, Marlborough Contemporary was presenting a massive bus by artist Red Grooms, playing on scale and space, not to mention the fair’s complex feats of public transit to arrive at the grounds.  The work was being offered for $550,000.  At Cardi Gallery, one could browse a strong selection of works by the late Robert Morris, a sort of farewell to the artist that felt quite timely given his recent passing.  Also of note was artist Steve Keene’s live-action painting exercise at P•P•O•W, where one could buy works that were under construction as viewers passed by, ranging from $10 to $50. 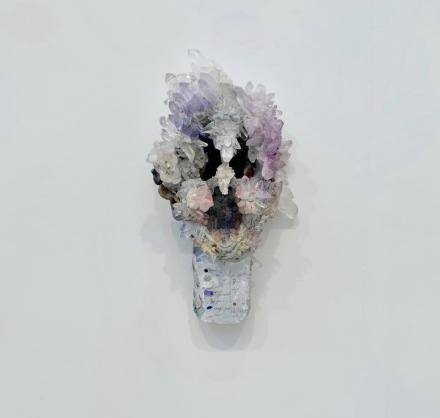 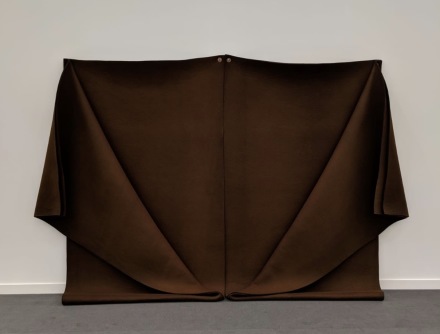 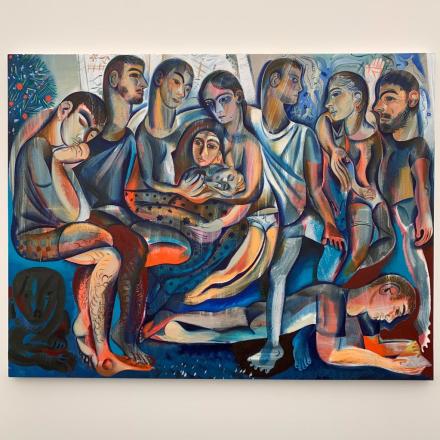 Also commanding attention was a striking series of photographs by artist Dawoud Bey, documenting performances and projects by David Hammons.  Part of a curated section celebrating the work of non-profit New York arts organization Just Above Midtown (JAM) and its founder Linda Goode Bryant, the show offered a striking entry in the exploration of Contemporary Black Art in NYC during the 1980’s, arriving at a challenging and unique portrait writ large against Bey’s commanding images. 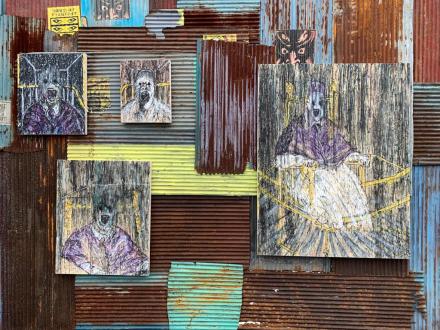 Across the river in Rockefeller Center, the fair’s new iteration of its sculpture park project also looked quite impressive in the bright sunlight, with work by Hank Willis Thomas posing large, colorful text boxes around the grounds, while a captivating work by Jaume Plensa took up a prime position before the towering main structure of the famed city block.  The presentation felt like something of a re-centering of the fair, bringing the fair into closer contact with New York City proper.

With its doors now open to the public, the following days offer ample opportunities for visitors to visit and explore, with sales expected to follow close behind. The fair closes Sunday, May 5th. 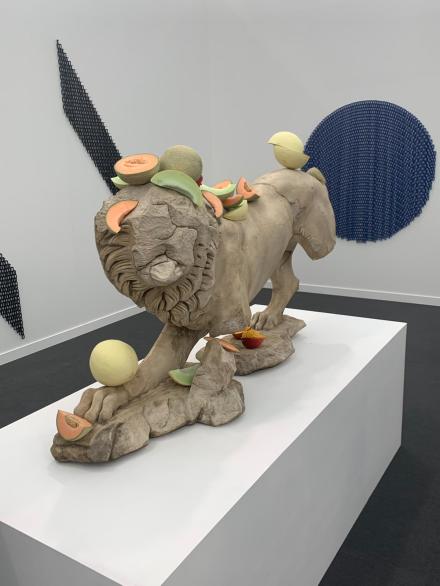 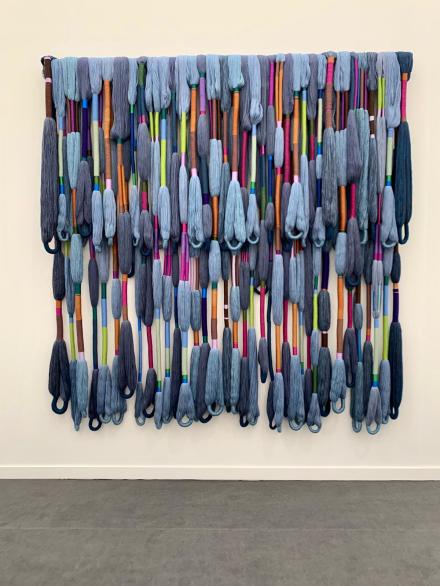 Sheila Hicks at Sikkema Jenkins and Co, via Art Observed 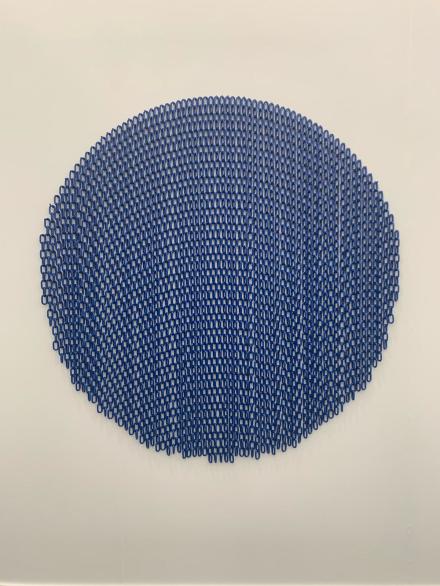 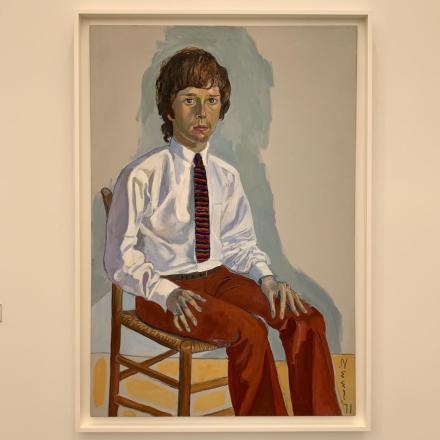 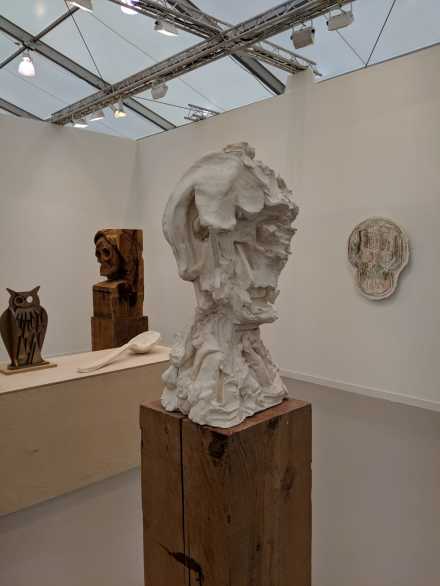 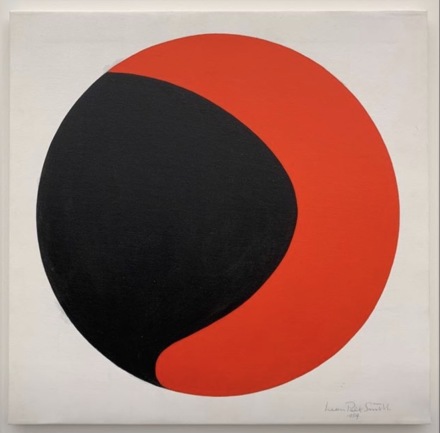 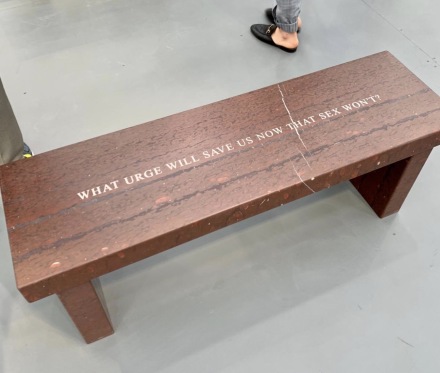 This entry was posted on Thursday, May 2nd, 2019 at 5:57 pm and is filed under Art News, Featured Post, Show. You can follow any responses to this entry through the RSS 2.0 feed. You can leave a response, or trackback from your own site.