Berlin – Adam Pendleton: ‘Who We Are’ at Galerie Max Hetzler Through June 29th, 2019 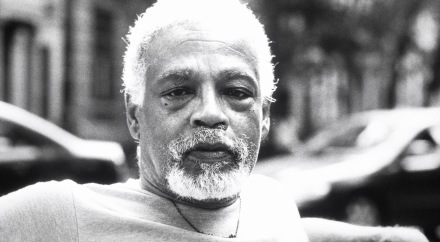 Adam Pendleton, Ishmael in the Garden: A Portrait of Ishmael Houston-Jones (still) (2018), via Max Hetzler

On view at Berlin’s Galerie Max Hetzler, artist Adam Pendleton is presenting a body of new works under the title Who We Are, spread between both locations in the German capital: Bleibtreustraße 45 and Goethestraße 2/3, and marking Pendleton’s first show with the gallery.  The show, drawing on a range of cultural and aesthetic touchstones, presents itself as a sort multi-layered cultural history, intersecting music and film, dance and personal narrative through a series of video and wall-mounted works.

The show takes as its backing the compositions of black composer Julius Eastman, particularly his works Evil Nigger, Crazy Nigger, and Gay Guerrilla. In each work, four parallel pianos hammer pulsed, repetitive lines, moving in and out of synchronization in a manner that both disrupts easy readings of the music as text, and allowing a flowing, intersecting narrative with a number of concepts and fragments that lock in step then fall back out, a cacophony of voices driven by a strange internal rubric.  This is mimicked in a series of wall works, twisting the titular titles of the Eastman pieces into swirling clouds of text, the text of each turned into a brusque wall of emotion and energy that sees the viewer’s awareness swimming in and out of focus on either foreground or background.  Similar pieces turn the artist’s canvases into flurries of similarly rendered gestures in black and white, more clouds of movement that echo the fury of the work across the space. 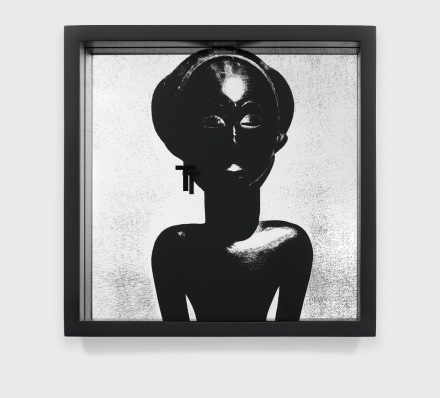 These pieces are accompanied by a selection of Pendleton’s video portraits, using his sitters as a way to reflect and reframe the works around them as a series of gestures posited around central memories and personal stories.  For instance, in Ishmael in the Garden: A Portrait of Ishmael Houston-Jones (2018), dancer and choreographer Ishmael Houston-Jones relates a series of memories: “I remember picking out the dress my mother wore at her funeral. I remember not liking the taste of milk that came right from the cows. I remember falling in and out of love. I remember…I remember censoring myself.”  Another work from this series,  Just Back from Los Angeles: A Portrait of Yvonne Rainer (2016–17), Pendleton asks dancer, choreographer, and filmmaker Yvonne Rainer to recite a list of recollections from a letter written to her in 1963 by Barbara Dilley. “I remember you grinning at the pleasure we had,” she reads. “I remember talking to you in the hotel. I remember standing around waiting to start the run-thru.”

This range of reflections and momentary fragments showcases Pendleton’s work at orchestrating complex networks of meaning, diverse chains of identity and personal iconography that create broader networks and systems of understanding.  Presented here, his works seem to trace 4o years of black avant-garde thought and practice, posed against the often fraught landscape of American racism and its history.

The show is on view through June 29th.

Read more:
Who We Are [Exhibition Site]

This entry was posted on Monday, June 24th, 2019 at 2:51 pm and is filed under Art News, Featured Post, Show. You can follow any responses to this entry through the RSS 2.0 feed. You can leave a response, or trackback from your own site.