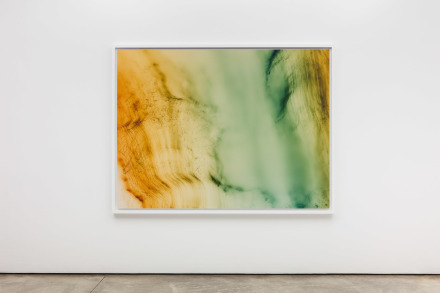 Culling together a selection of new works and recent projects by Wolfgang Tillmans, Maureen Paley in London has opened an expansive and exploratory show that documents the artist’s multifaceted approach to image-making, featuring new and previously unseen works from the mid 1980s to the present day. 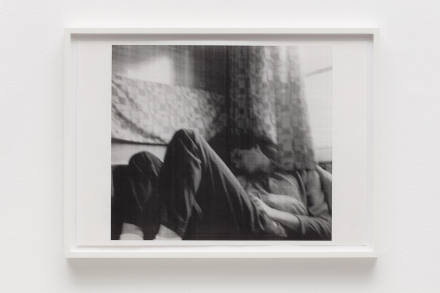 Tillmans has long served as a documentarian of youth culture, night life, expressions of sexuality and his own personal travels, using the camera lens as an ever evolving eye on the world as it shifts and changes, swirls and turns around it. Here, that practice continues in contrast with prior bodies of work, allowing his voice and its evolving frame on the world to take center stage. Yet his practice has also regularly embraced more experimental techniques, challenging the potentiality of making pictures, and the materiality of the photographic image, marking a new sort of subjectivity in photography that pairs intimacy and playfulness with social critique and the persistent questioning of existing values and hierarchies. This thematic populates the works on view, with series of works that regularly explore production techniques outside of the classical photographic image. 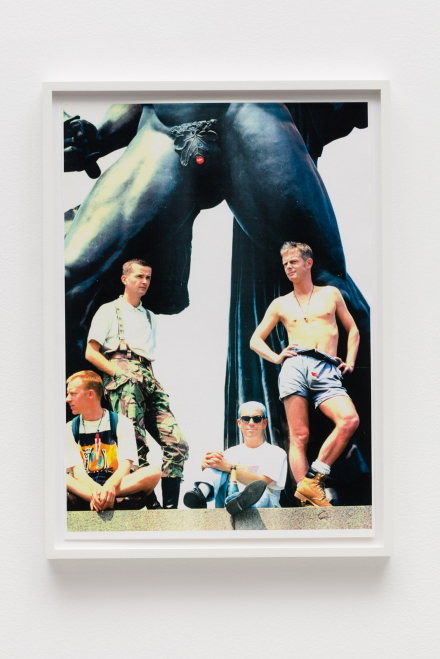 Wolfgang Tillmans, not yet titled (1993), via Maureen Paley 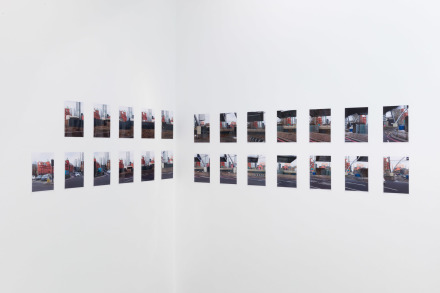 In the ground floor gallery, for instance, Tillmans presents a new multi-part work, Old Street (parallax) (2019), made whilst circling the landmark East London roundabout. The work takes its title from the term used in astronomy to measure the distance from the earth to a star through the parallax angle. The angle is determined from the difference in the position of an object over a period of time from a given viewpoint. The work records the shifting of architectural layers from the inward, as well as outward-looking perspective of the orbit. Swirling about the roundabout, the artist seems to search for some sort of contextual center, a focal point amid the confusing landscape of post-Brexit vote Britain. 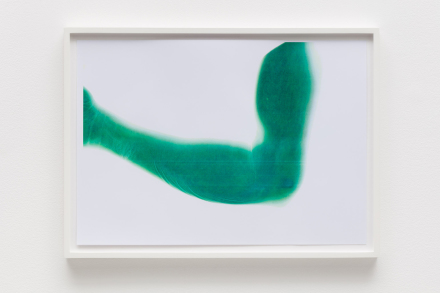 Also within the ground-floor gallery are new Greifbar works, created in the darkroom without negatives or a camera, but purely through the manipulation of light on paper. These Greifbar works mark a shift in the series by employing a new duo chromatic palette. Another series of Greifbar works that are more intimate in scale and restrained in their palette also punctuate both floors of the gallery. Reflecting the artist’s most exploratory side, his swirling constructions make for a fascinatingly intricate and colorful expression of his sensibility with the camera, his selections possessing much of the same vivid energy that charges through his photos of the human form. 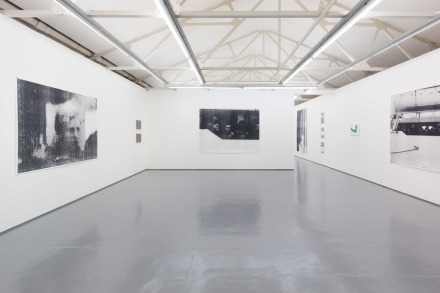 Playing in the gallery’s yard is Sound of Central (2018), an audio work created from layered field recordings, importing a soundscape that interacts with the distinct audio sphere of the space.

The artist’s work is on view through August 4th.

This entry was posted on Wednesday, July 17th, 2019 at 12:49 pm and is filed under Art News, Featured Post, Show. You can follow any responses to this entry through the RSS 2.0 feed. You can leave a response, or trackback from your own site.