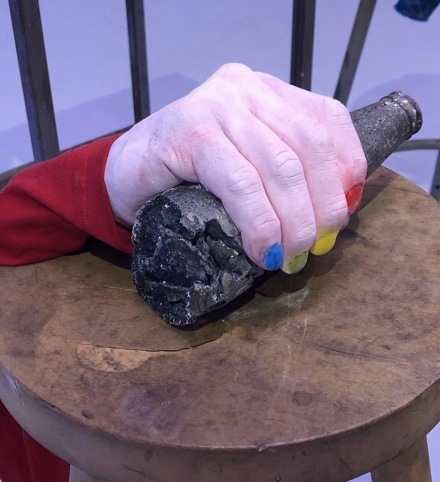 Opening a show of new works at GRIMM New York under the title Body Parts, artist Nick van Woert returns to the city with a studied and at times strange investigation of embodiment, persona and material, arranging assemblages of human limbs, cast off materials and furniture to create a striking investigation of humanity and its functions in social space. 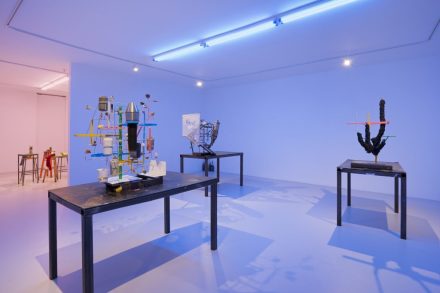 Referred to as “reliefs,” these pieces on display are part of an ongoing series first shown in 2014 at the Museo d’Arte Moderna di Bologna, Italy, for van Woert’s solo exhibition Nature Calls. The free-standing sculptures are a mutation of a more recent series that centers on collections of everyday objects and materials that constitute the artist’s daily environment. Hands lounge atop stools or hang in the corners of the works, making curious impressions on the viewer as they graphs cans, bottles, and e-cigarettes. Van Woert combines industrial materials, such as steel and coal slag with ephemeral consumer goods like cat litter and Coca-Cola to render these hands, to look at how our landscape has changed, highlighting the integration of man-made objects as a part of our natural world. His materials at large, combined with the forms they take, reference a sort of degraded humanity, an entrance of consumer goods into the atomized elements of our social and physical existence. 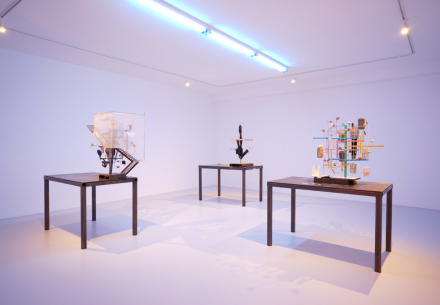 Van Woert uses construction materials influenced by his architectural background and creates structures which give the prosaic a monumental form. This can be seen in his recent series of free-standing sculptures, works that reference the anatomical, bringing to mind a dissected body, and part archeological, creating a spectacle of our hobbies and proclivities. By contrast, his works in the next room seem to reference the golden age of Socialist architectures, swooping forms meant to inspire and push the human spirit towards a new political revolution. Left at this scale, and with these materials, however, van Woert seems to emphasize their function as mere holdovers form a long buried era. 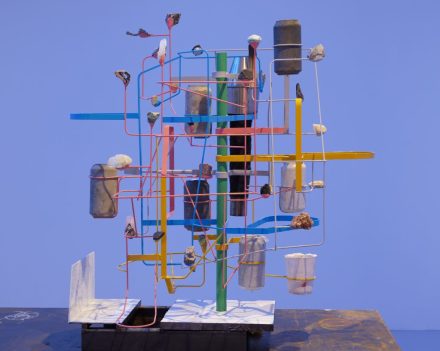 This entry was posted on Tuesday, September 10th, 2019 at 10:21 pm and is filed under Art News, Featured Post, Go See. You can follow any responses to this entry through the RSS 2.0 feed. You can leave a response, or trackback from your own site.