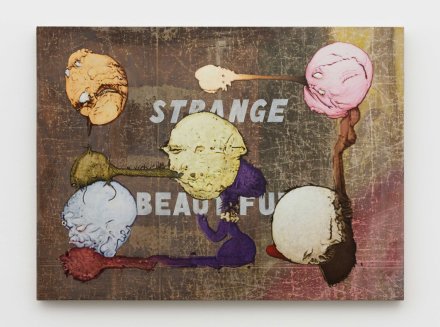 It’s hard to avoid the bizarre poignancy of Jim Shaw’s work in the modern era. The artist’s incisive and often hysterical engagements with the language of modern U.S. politics, moments of historical violence, pop culture and even commodity capitalism (usually all at once), makes him one of our era’s most erudite cultural critics, even if he may, simultaneously, be one of our most ribald. His work, on view now at Praz-Delavallade in Paris, makes the most of our current historical moment, putting the full weight of the current era into a new series of works. 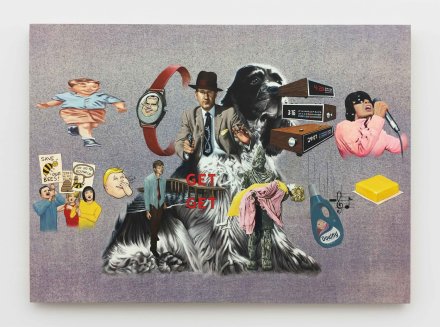 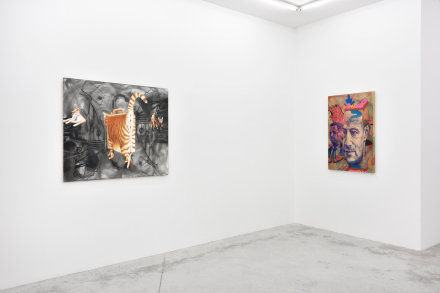 Shaw’s historical models are more distinctively anachronistic, closer to History Painting as it was practiced at the end of the nineteenth century. History Painting brought together discursive tools stemming from a critical rationalist tradition, alongside allegorical images. Another reference of Shaw’s, older still, is Hieronymus Bosch’s hermetic and nightmarish visions, the intent of which remains, even today, half a millennium after their creation, the subject of the most contradictory interpretations. 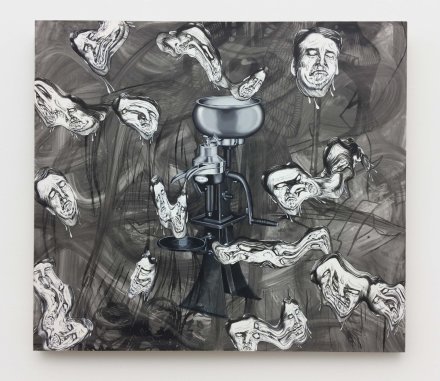 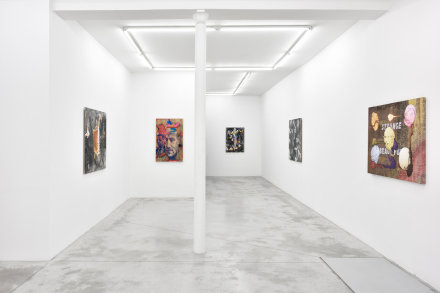 Yet perhaps what makes Shaw’s work so engaging is his own presence in these images. Moments of personal histories and fragments of collective cultural history are presented simultaneously, lending each piece an occasional confounding moment, or otherwise a point at which the viewer is welcome in, allowed to extend their own narrative-structures into a space so hyper-loaded with reference systems. If a number of them seem to be the product of hallucinations, shaped by dream logic, they do not function in the same way as the classic European surrealist project, instead turning Shaw’s own sensibilities into a tool for elevating and evolving that same conversation around its own history, and how it might be extended into a world growing all the more surreal each day. Every idea is above all an image that exists in the world, and Shaw presides over them, turning their presence into tiny moments of explosive distancing, pushing and prodding the viewer towards new vantage points as they appear on the horizon.

Deeply erudite but also anti-authoritarian, Shaw’s work is on view through November 2nd.

This entry was posted on Tuesday, October 22nd, 2019 at 12:15 pm and is filed under Art News, Featured Post, Show. You can follow any responses to this entry through the RSS 2.0 feed. You can leave a response, or trackback from your own site.