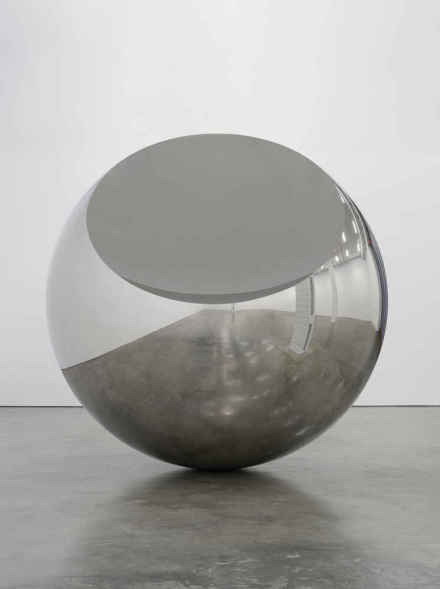 Currently on at both of Lisson Gallery’s New York exhibition spaces, artist Anish Kapoor orchestrates a striking investigation of perception, space, time and movement through a selection of new works. This is Kapoor’s first show with Lisson in the U.S., an impressive note considering his nearly forty years with the gallery. 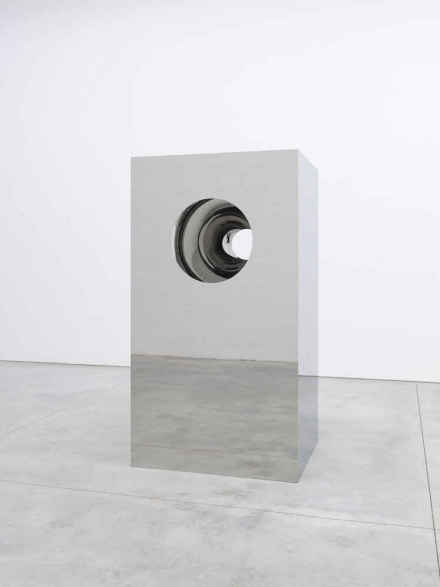 Continuing his distinctive manipulation of the eye and its perceptions of space and framing, Kapoor’s works in this new show illustrate his impressive ability to work from multiple angles at once, creating sense of disorientation and revelation, a sort of disassociation from the body’s presence in space, and a rediscovery of its principles and elements in a new series of relationships. 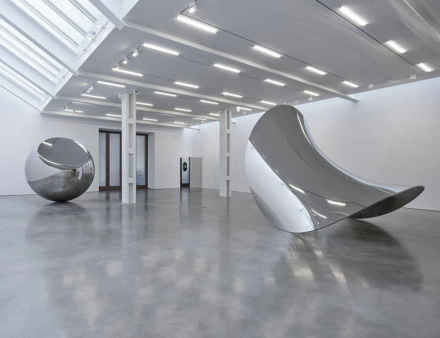 One of the defining languages of Kapoor’s oeuvre is indisputably his manipulation of the eye, using mirrored surfaces as a material in this endeavor to twist reflections of space into new fusions and forms. Bodies and elements within the frame of these mirrors suddenly flip upside down or drop out of sight due to sudden conflicts of light and its reflection or refraction. Two major new stainless steel works, Tsunami (2018) and Newborn (2019), sit at the core of the Lisson Gallery exhibition. As the viewer approaches works, they find themselves reflected in a relatively coherent legible manner one moment, and inverted the next, or obscured by masses of silvery light. Whether through a seemingly infinite black hole or an impossible reflection, Kapoor confronts our expectation of optical perception, forcing a re-examination of one’s phenomenological experience, and how we ultimately understand our own bodies. 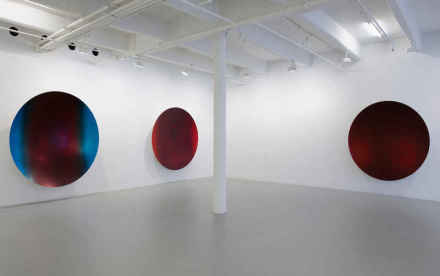 In contrast, at Tenth Avenue, Kapoor shows a series of his immense concave sculptures, each painted with washes of color that underscores its raw potential to evoke physical and emotional depth. This new series of large scale pieces are bathed in semi-reflective hues, from deep red to metallic blue, and vibrant yellow to gold, each allowing the viewer to flood their senses with specific tones, and their attendant emotional landscapes.

The show is on view through December 20th.

This entry was posted on Wednesday, November 27th, 2019 at 1:04 pm and is filed under Art News, Featured Post, Show. You can follow any responses to this entry through the RSS 2.0 feed. You can leave a response, or trackback from your own site.