Currently on view at Bridget Donahue, artist Ragen Moss has hung an octet of peculiar hanging sculptures.  Referred to at points as “couples” and as “animals,” the show seems to take on the atmosphere of animals moving about an enclosure, watched closely by the viewer to glimpse moments of personality and persona. The works, on view through the end of the month, offer a particularly impressive chance to observe and explore the nature of viewing, and the concept of nature itself. 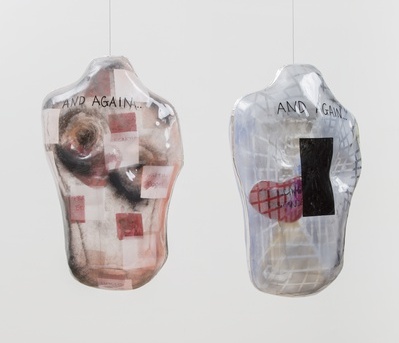 Rendered in acrylic, polyethylene and aluminum, the works alternate between complex and accessible, textured surfaces and transparent slabs of material allowing one to peer into the work, or in some cases, all the way through it.  Operating along dual operations, Moss’s pieces seem to hint at human torsos, some including interior organs printed over with cryptic texts as if to hint at a delicate, fragile internal universe, and its struggle to communicate with the world outside.   By overloading each sculpture’s contour, and by embedding fully resolved sculptures inside each other in layers, the work flirts with sculpture as a manner of developing a new knowledge of interior space — to treat interiority not merely as a function of time or as the site where thought occurs, but instead to treat interiority as a function of the spatial.  Both physical and emotional orientations can be viewed inside these works, yet at the same time, indentations and colorations on the surface of the work also give the impression of faces, of figures suspended and locked between each reading of their form. 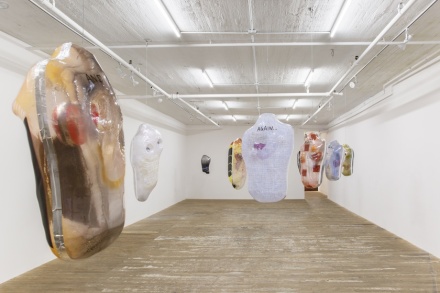 Moss seems to have deliberately followed this logic, constructing works as references to figures to deliverately encompass the formalities of the figure, but also the figure’s inscription by its context, including the language, laws, and politics afforded by that context.  These are bodies in space and in culture, locked into a delicate ballet between legibility and the indeterminate poetry of exchange with another body. 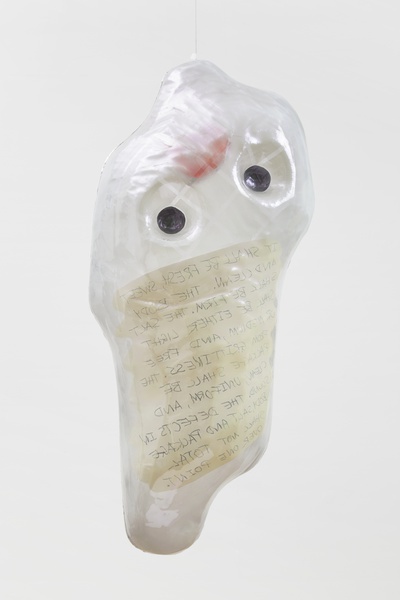 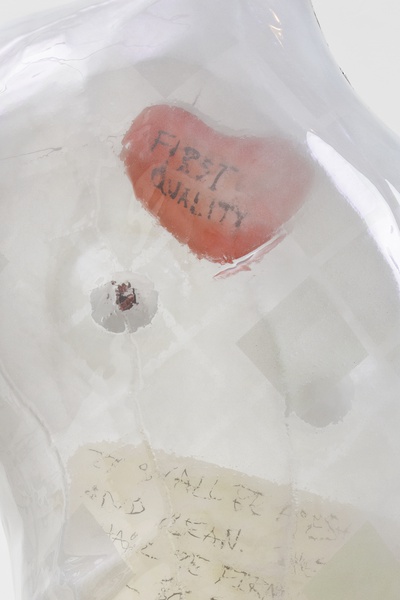 Taken as a whole, the range of “bodies” or “figures” on view seems to warrant a reappraisal of the idea of exchange and viewing.  Moss does her best to illustrate an interiority to works that are defined in explicit point by their relationship to each other, to systems of meaning that operate both independently of each other, and in tandem.  It’s a bold gesture, one that takes a broad look at both internal space and its corollary in the public, a particularly resonant note in a world defined in part by a constant deluge of externalized data.

This entry was posted on Thursday, January 16th, 2020 at 12:33 pm and is filed under Art News, Featured Post, Show. You can follow any responses to this entry through the RSS 2.0 feed. You can leave a response, or trackback from your own site.