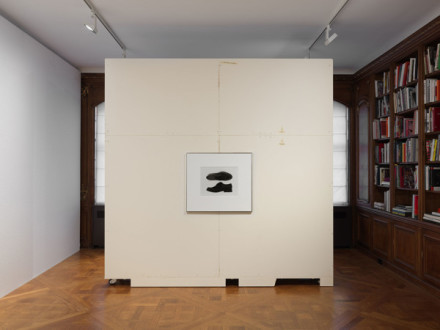 This spring, Christopher Williams presents his ninth solo show with David Zwirner gallery, entitled Footwear (Adapted for Use). The new body of work reflects the artist’s continued interest in how meaning and information are structured through the processes of staging and adaptation. The exhibition references a wide array of source material like Ikea catalogues and airplane magazines, and features new photographs, hand-painted signs, sculptures and videos, all of which engage with postwar material and cultural histories.

Deeply invested in the histories and conventions of photography and film, Williams’ works are layered with, and embedded in, political and historical context, invoking questions about the communication mechanisms and aesthetic conventions that influence our perception of reality. Former Artforum Editor-in-Chief Tim Griffin, once described Williams’ work as “sociophotographic,” investigating underlying codes within photography, advertising, and ethnography, while exploring their sociopolitical contexts and implications. Central to his work are themes of industrial culture, and, in particular, its modes and structures of representation and classification. These themes are often explored through an ironic combination of both satirical imitation and homage, frequently using the process of reproduction as a point of entry. 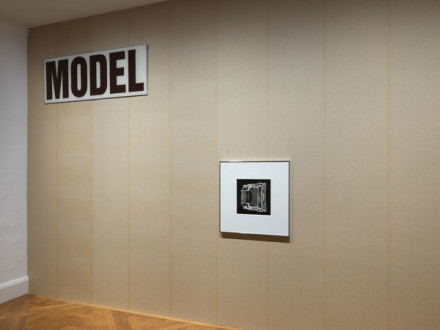 In his formal introduction of Footwear (Adapted for Use), Williams explains that; “three additional titles for the show — How German is It, One American Photograph, and Standard Men’s Insoles (Adapted for Use), can be introduced as “mistakes” into the system of information distribution regarding the exhibition.” In this way, he proposes alternate systems of staging, inviting questions around methods and models of display and publicity, and how they impact representations and interpretations within exhibitions, and in the art world broadly. 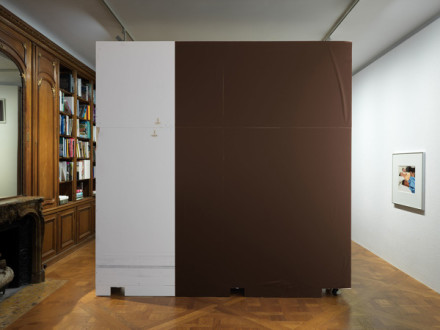 In one photograph, depicting “Models 2745, 1542 and 1316,” three people lie in a bed, sleeping. Williams states that “this is a family of professionals, lifestyle models skilled in the art of producing the appearance of sleep. To feign the visible conditions of sleep for hours, remaining motionless, with eyes closed, while a team of wardrobe details for continuity and blocking, requires a great deal of discipline. In this “production play,” in this Cold War drama, the cloak of labor provides cover for dreaming. The son, Model No. 2745m is positioned 105.5cm away from the lens, and unlike the mother and father, is in sharp focus.” 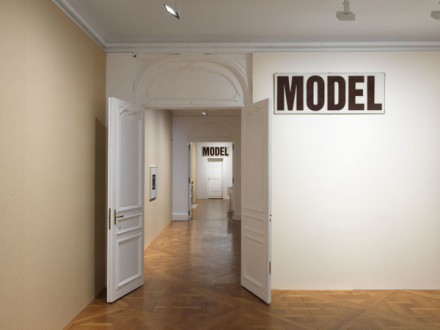 The images, surfaces and objects on display in Footwear (Adapted for Use), are accompanied by an array of textual and visual materials. One contextual document, entitled, “Does Use of the Model Restrict the Artist’s Freedom?” consists of an original interview by German playwright Bertolt Brecht, in conversation with E.A. Winds. They discuss concerns around models and productions within the context of theater, with Winds posing the question; “Isn’t there a danger that the theory of the model may lead to a certain routine and rigidity, and that the production may amount to no more than just a copy?” To which Brecht responds, “We must realize that copying is not so despicable as people think (…) we have nothing to offer the theatre but copies of human behavior. The grouping, and group’s movements, if they amount to anything, are statements about that.”

The show is on view through April 18th.

This entry was posted on Tuesday, March 10th, 2020 at 2:45 pm and is filed under Art News, Featured Post, Show. You can follow any responses to this entry through the RSS 2.0 feed. You can leave a response, or trackback from your own site.