New York – Gerhard Richter “Painting After All” at the Met Breuer Through July 5th, 2020 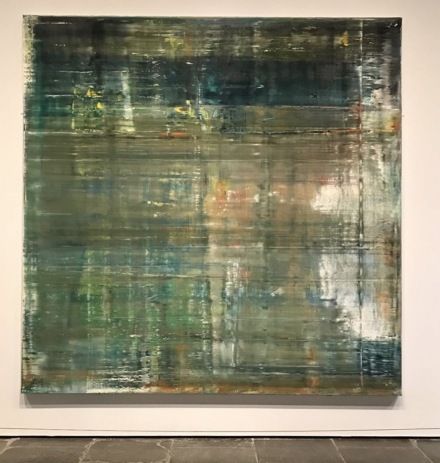 Editors Note: Art Observed was on site for the opening of the exhibition and photographed this show before the closings related to COVID-19.

The Met Breuer is closing its doors this summer, following a fittingly ambitious final exhibition, a sprawling review of the work of Gerhard Richter, marking the first major exhibition in the United States on the work of the German artist in nearly twenty years.

Few artists can hold claim to such an expansive and influential position in the language and history of post-war art in the way Richter can, with a body of work spanning visual abstraction, conceptual and procedural practices that make for an oeuvre that seems to incorporate the space around it.  His pieces and practice over the past half-century twist the image and its framing through a series of linguistic exercises, from blurred takes on photorealism to blocky, pointilist abstraction, turning his own practice and his personal history into a series of echoing points of exchange. 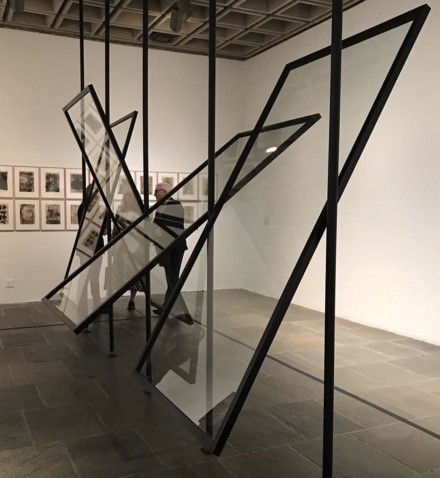 Installed across two floors of The Met Breuer, Gerhard Richter: Painting After All features several of the artist’s most iconic works, among them Uncle Rudi (1965), Betty (1977), and September (2005), and highlights a number of many lesser-known works such as his early series Elbe (1957). Moving through the artist’s diverse series and cycles of work, the show is expansive and adventurous, delving into an artist’s body of work that often defies easy classification.  Galleries devoted to the various cycles in his work, including the twelve paintings of his Forest (1995) series, as well as  two new glass works Grey Mirrors (4 Parts) (2018) and House of Cards (5 Panes) (2020) underscore the artist’s continuing innovation and exploration. 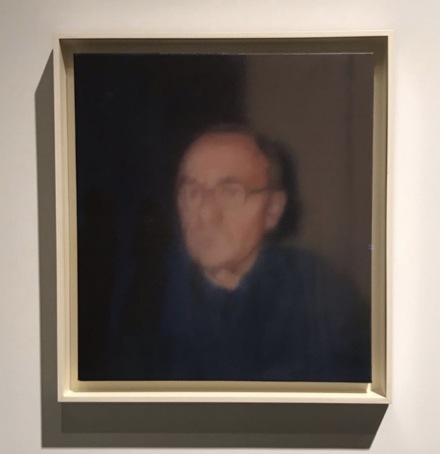 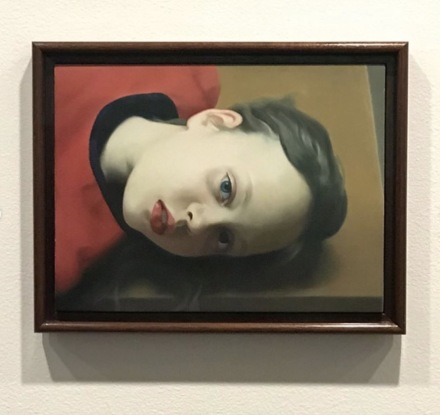 Throughout, the show’s participation with the architecture of the Met makes for a fitting exchange with the artist’s work, underscoring  his own investment in space and surface, and its interactions between the artist’s paint and the space around it.  Here, as Richter’s works move through a series of investigations of the image itself, and its utility within the space exhibited.  Considered within the unique architecture of the Breuer building, the show seems to breathe new life into the space, allowing the splatters of color and stark fields of paint that define Richter’s work. 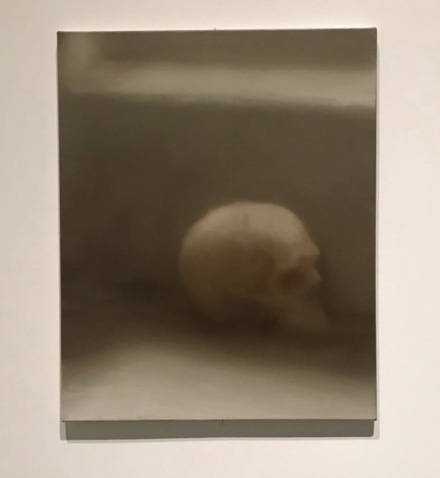 The show is a fittingly powerful victory lap for both museum and artist, a final farewell to a space that has for decades, both as a home for the Whitney and Met, served as a beacon of post-war art, with a show looking back on an artist who’s impact looms large over that same period.

The show will close this summer, July 5th.

Read more:
Gerhard Richter “Painting After All” [The Met Breuer]

This entry was posted on Sunday, March 29th, 2020 at 10:25 pm and is filed under Art News, Featured Post, Show. You can follow any responses to this entry through the RSS 2.0 feed. You can leave a response, or trackback from your own site.