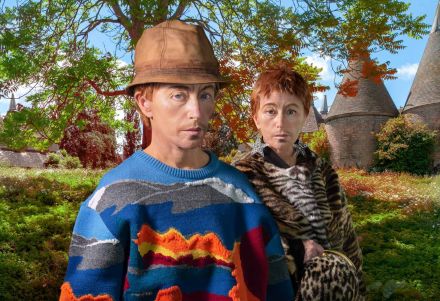 The ever-shifting visage of Cindy Sherman touches down once again at Metro Pictures this month, installing a selection of new works that continue her explorations of iconographies and cultural trappings, bodies and time as suspended within the frame of the photograph.  Considered among the most influential voices of her generation, Sherman opens the show as she installs a major body of work at the Fondation Louis Vuitton in Paris. 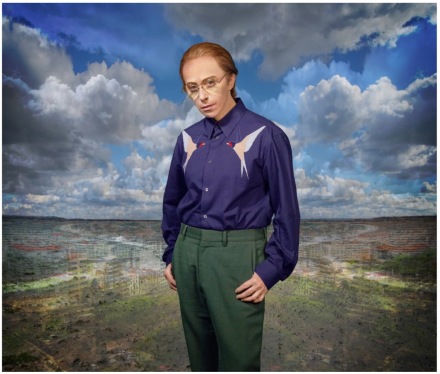 For this latest body of work, Sherman has transformed herself into a cast of androgynous characters, expanding her career-long investigation into the construction of identity and the nature of representation with a selection of figures and forms that twists subtle narrative arcs through her expressive make-up and costuming. The enigmatic figures pictured in the ten new photographs on view are dressed primarily in men’s designer clothing and are posed gallantly in front of digitally manipulated backgrounds composed from photographs Sherman took while traveling through Bavaria, Shanghai, and Sissinghurst (England). Each character draws the viewer in with their unique style, immediate eye contact and steely gaze.  There’s something of the aristocracy about her figures here, and their locales, poised atop alluring balconies or amidst quiet gardens, seems to hint at landed classes of Europe, a sort of withdrawn cultural iconography that nevertheless carries powerful visual signifiers, much in the same way that her portraits of Californian figures in recent works have done. 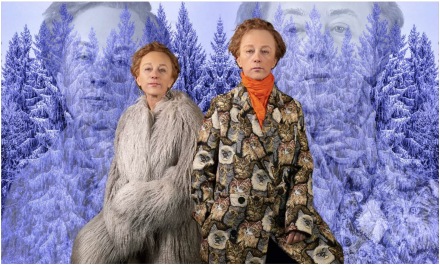 Renowned for her depictions of female stereotypes, Sherman has played with masculinity and gender expression before. In a series referred to as Doctor and Nurse, Sherman became both a male and female character, embodying stereotypical mid-century professional archetypes. In the History Portrait series, Sherman became both male aristocrats and clergymen. In her more recent clown series, the artist donned layers of face paint and shapeless costumes, eliminating the question of gender for many of the characters.  Here, she takes on a similar set of cues, turning explorations of the body, and the subtle cues of dress and pose, to explore a new set of values, once again underscoring her abilities as a premier caricaturist and subtle arranger of political contexts. 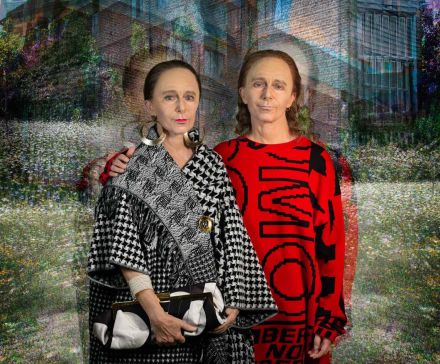 This entry was posted on Thursday, October 29th, 2020 at 12:00 pm and is filed under Art News, Featured Post, Show. You can follow any responses to this entry through the RSS 2.0 feed. You can leave a response, or trackback from your own site.