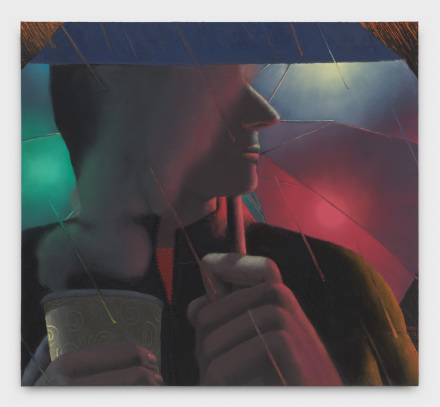 On view this month at Nicelle Beauchene in New York, painter Jordan Kasey has assembled a body of new works drawing lines through the melodramatic and the comical, playful and surreal paintings that draw on the artist’s sense of light and space, while exploring the act of gesture and tension. 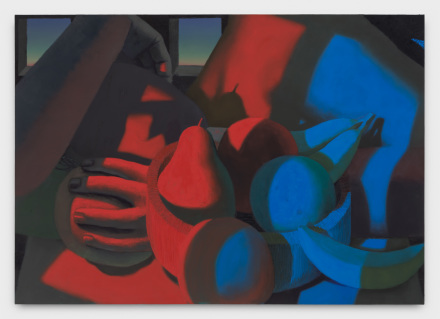 The vibrant dreamscapes in which Kasey’s figures find themselves unite interior and exterior planes, serving as windows into varying mental states. Weather steers all feeling in The Storm: thick globs of rain and the steam from a coffee cup fully encase the central figure in Umbrella (2021). In another scene, Summer Evening (2019), heat is sensed from the radiating, dimming sunset far off through the portal of a window while a figure cools off in shadow. As a force of action and change, as well as a psychological litmus, weather for Kasey helps bridge the physical and mental dissonances of one’s emotions. Lightning cracks and the drapes blow in; eyes shoot open, gripped by insomnia below an aurora borealis; a body levitates, inching towards an open door and black, starlit sky. 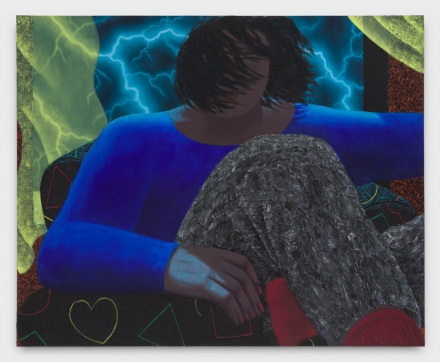 Returning to her characteristically stone-like, colossal figures, posed in surreal moments that seem trapped somewhere between the dramatic and banal. Mining a psychological tension spread across the images and scenes on view, her pieces pose momentary ruptures in the fabric of time and reality, each work bound up in unraveling psychological narratives. A sense of isolation permeates the works, often allowing single figures to loom larger than life in the frame, overpowering the viewer and drawing them into the space of each body depicted. Yet at the same time, Kasey’s works often incorporate impressions and marks drawn in the thick impasto of the work, turning the bodies into canvases of their own, self-contained worlds that never forget the artist’s presence in relation to the scale of her depictions. 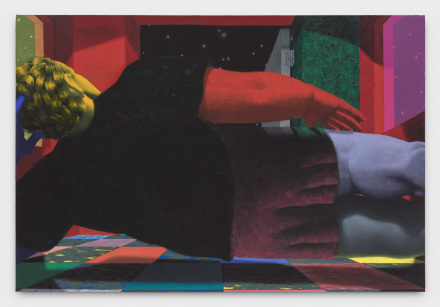 Kasey has an innate sense of the world of the painting as a complex exchange between perception and representation, the artist’s hand negotiating between inner scenes and outwards movements. Drawing the world into her canvases and twisting it back out on itself, the show offers a look at Kasey’s increasingly complex and mysterious painterly language.

This entry was posted on Thursday, March 4th, 2021 at 12:00 pm and is filed under Art News, Featured Post, Show. You can follow any responses to this entry through the RSS 2.0 feed. You can leave a response, or trackback from your own site.