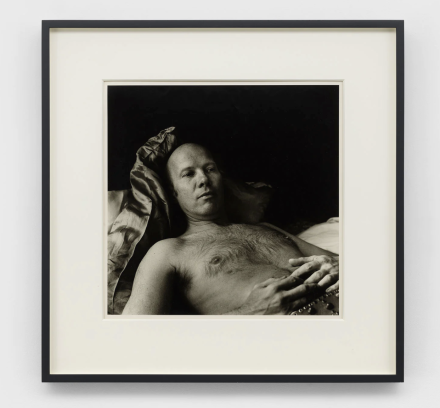 Marking an ambitious exploration into the work of the enigmatic and expansive practice of Ray Johnson, David Zwirner has opened a show focused in particular on the artist’s collages and drawings from the the 1950s through the 1990s, focusing on Johnson as a seminal and influentially queer artist as well as on his recurring fandoms and obsessions. Showcasing the artist’s work within an array of archival materials from his friends and collaborators, the show presents Johnson’s work as part of a broader constellation of artists working during the post-war contemporary movement. 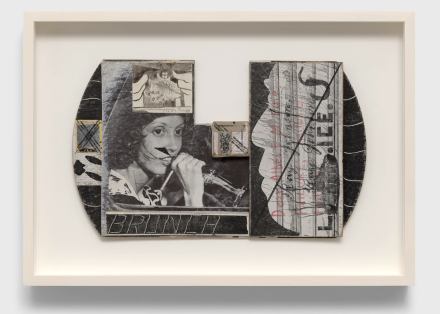 Johnson’s work was long known for its ability to mine the landscape of pop culture, using the printed material and cultural icons of his time to create densely layered collage works combining text, imagery and familiar faces. Arthur Rimbaud, Yoko Ono, and Shelley Duvall dance in and out of the collages on view, countered by Johnson’s own graphical embellishments, particularly his famed bunnies. The figures dart in and out of clusters of graphic and textual material, swirling masses of  imagery that emphasize the artist’s work mining disparate elements to create his own internal world. Scenes from Psycho balance against cartoon figures, while elsewhere, a shady scene contends with the text “WHAT A DUMP,” or a James Dean portrait is covered over with flashes of color and Lucky Strike stickers. Each time, a certain sense of humor and awareness abounds, underscoring Johnson’s position as an observer of the spectacle of culture, yet equally his interest in going inside these images, turning them into his own landscape. 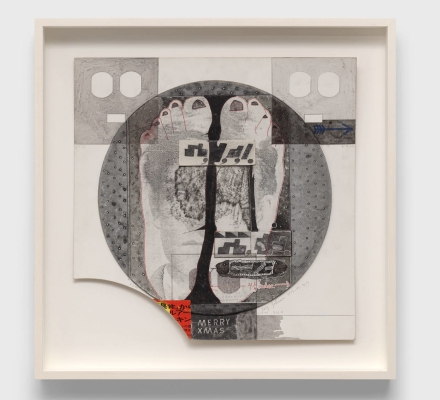 Yet the show also makes much of Johnson’s work as a collaborator, drawing from the archives of his friends and collaborators like Jimmy DeSana, General Idea, David Wojnarowicz, John Giorno, and Peter Hujar. Drawing a line through these artists’ respective bodies of work, the show delves into Johnson’s collaborative nature, and the subtle connections between each of these artists and their own bodies of work. Personal photography like Hujar’s, or the cultural collisions of General Idea seem to drift in and out of Johnson’s work, underscoring his position at the juncture of a range of conceptual practices, all coming together in an accumulated mass of image, text and idea.

The show closes May 22nd. 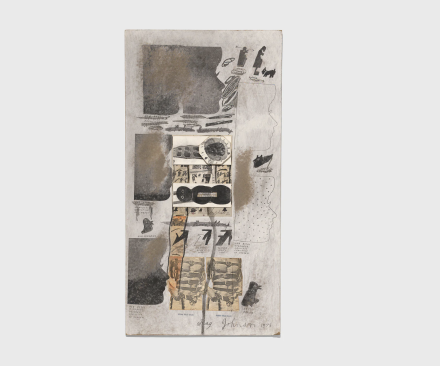 This entry was posted on Monday, April 19th, 2021 at 9:57 am and is filed under Art News, Featured Post, Show. You can follow any responses to this entry through the RSS 2.0 feed. You can leave a response, or trackback from your own site.