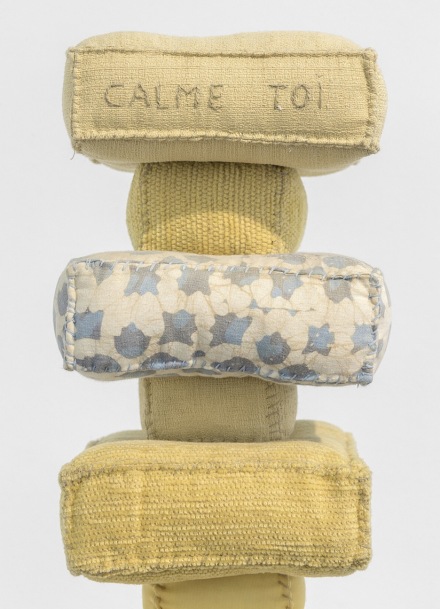 Louise Bourgeois could be the artist who most drew on her personal experience and trauma to fuel her work, using her work and emotions as equal sounding boards towards each other, and creating a complex, dense body of work. Using art as a therapy product, she gave shape to her emotions and developed a corpus of themes and motifs through her sculptures, drawings, multiples and paintings. At this show of works at Galerie Karsten Greve in St. Moritz, this work gets a nuanced and attentive look. 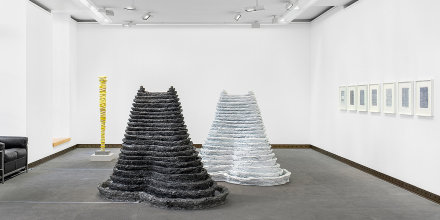 The show draws in particular on work made between 1938, the year of her arrival in New York, and 1949, carrying out a limited number of paintings that drew on her experiences to create intensely rich compositions. That uprooting and her arrival in the United States would be exorcised through sculptures as well as paintings, in her first series she called “Personnages” (“Characters”). At that time, Louise Bourgeois felt a deep nostalgia for France and the relatives and friends she had to leave. Between 1945 and 1955, she designed a series of more than eighty sculptures made from wood or bronze, which she set up on the roof of her building, surrounded by skyscrapers. 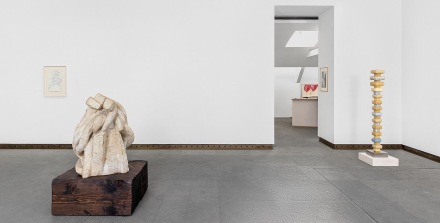 These precariously balanced slim figures reflected the verticality that surrounded her as well as modernist vocabulary, in line with the shapes of a Brancusi or a Giacometti. They became the symbol of the psychological instability experienced by the artist during those years and a way for her to convoke those she missed. Each totem of the “family” has its own shape, its own individuality. Through them, Louise Bourgeois developed major themes that recur throughout her artistic production such as the theme of maternity in Woman with a Secret (1947), one of the first occurrences of the woman-mother motif. Several of these “Personnages” also blend figures and architectural shapes such as her Portrait de Jean‑Louis (“Portrait of Jean‑Louis”) (1947-1949). In this case, Louise Bourgeois applied the iconography of the woman‑house to her son, born in 1940.

The show is on view through August 21.

This entry was posted on Tuesday, August 17th, 2021 at 12:00 pm and is filed under Art News, Featured Post, Show. You can follow any responses to this entry through the RSS 2.0 feed. You can leave a response, or trackback from your own site.