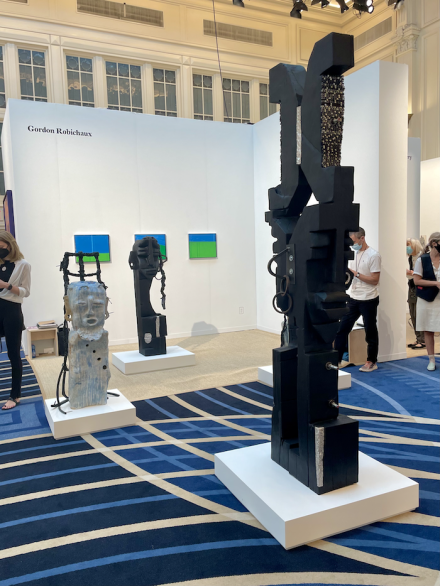 Art-goers descended upon Cipriani South Street in the newly renovated Battery Maritime Building last week for the much anticipated 12th installation of the Independent Art Fair, which opened in New York on September 9th. Formerly located at Spring Studios in Tribeca, the fair has garnered a reputation as a reliable source of fresh talent, and took up new residence  this year within the spacious corridors of the historic waterfront locale at the lower tip of Manhattan. 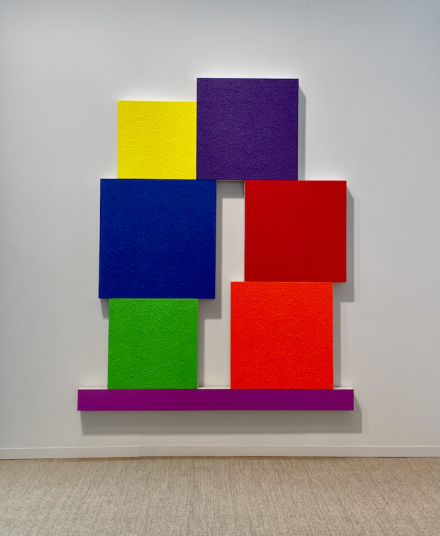 Peter Halley at The Ranch, via Art Observed

This year, the Independent featured 100 artists from 43 international galleries and non-profits, scaling back from the 63 galleries featured in 2020. The biennial-style fair showcased a crop of established galleries alongside younger, emerging programs, in addition to several non-profits and outsider-art organizations. While the in-person fair closed on Sunday, the virtual component will remain accessible through September 26th, with online viewing rooms in addition to artist interviews, podcasts and special performances. 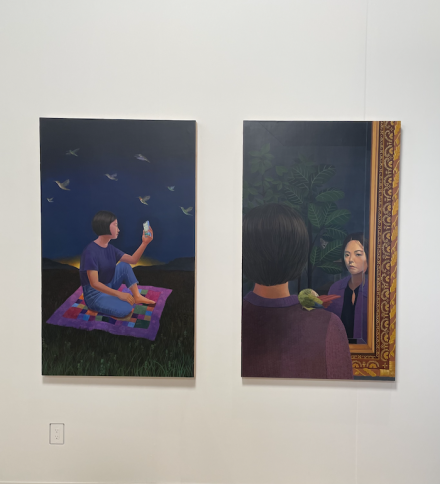 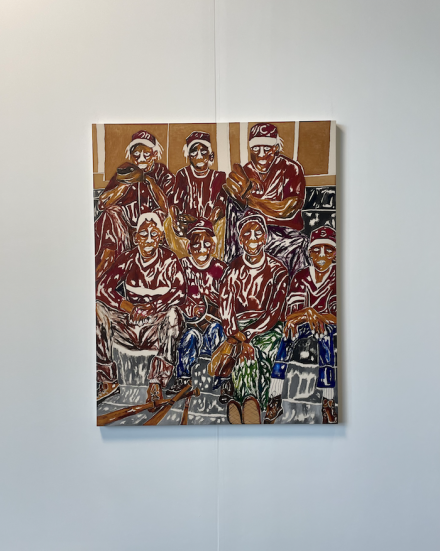 Figurative painting proved a prominent force throughout the fair. Operating from distinct perspectives, artists Ana Benaroya and Sally J. Han took on varied approaches to the portrayal of the human form, setting forth rich works rooted in the present moment. Ascending the grand Cipriani staircase to enter the fair, visitors immediately encountered the work of 27-year-old artist Chase Hall, whose paintings were featured in a standout solo-presentation by Chicago-based Monique Meloche. In a nearby booth, Derek Eller mounted a captivating display of Jameson Green’s bold, large-scale canvases, which draw upon art historical references while remaining embedded within the social and political landscape of contemporary America. Queens-based Mrs. gallery set forth the vibrant yet introspective canvases of Hana Ward, while Matthew Brown presented Sedrick Chisom’s first solo-exhibition in New York. 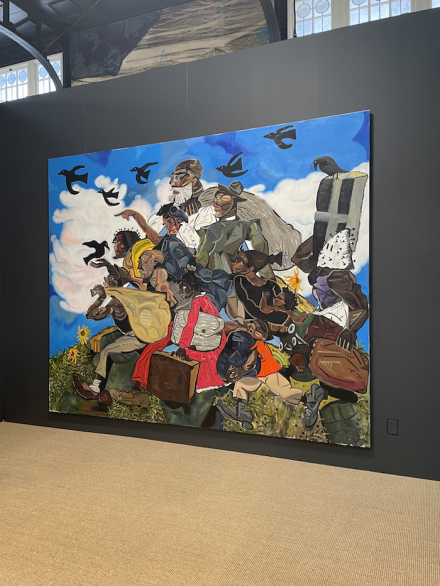 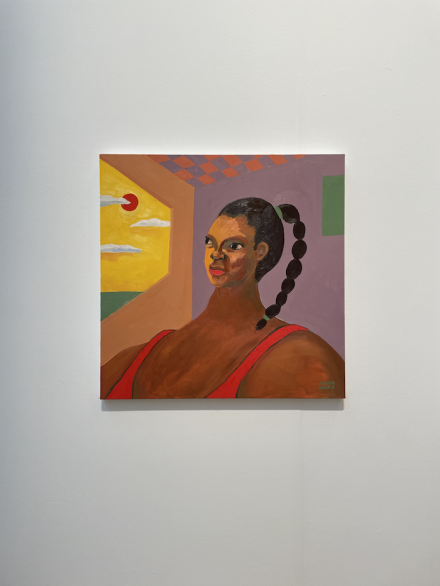 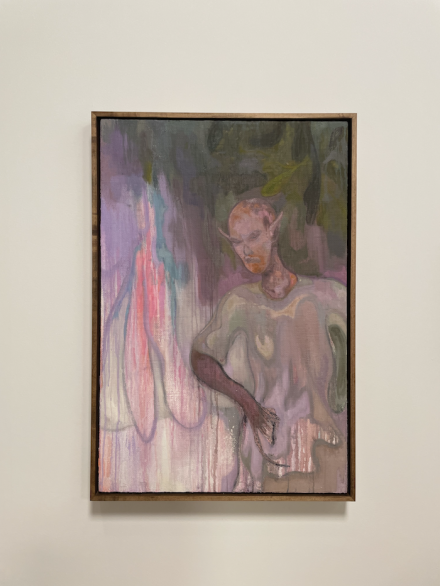 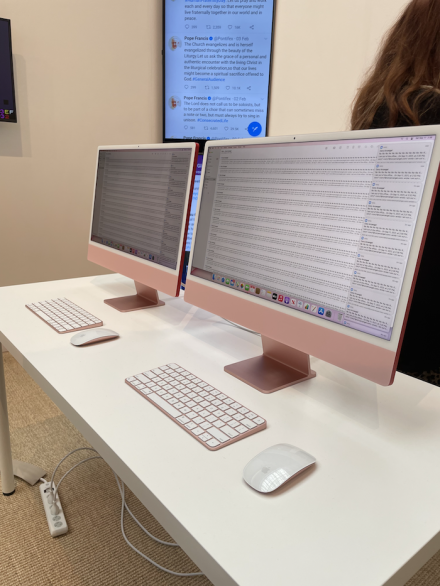 Cory Arcangel and JODI at 404.lissongallery.com, via Art Observed 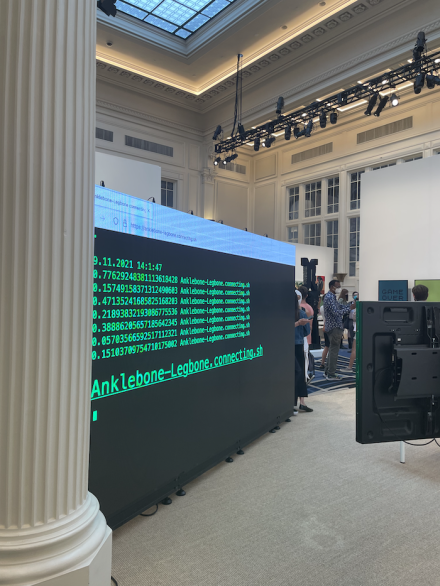 Cory Arcangel and JODI at 404.lissongallery.com, via Art Observed

The Independent maintained both depth and breath, with compelling displays from Stanislava Kovalcikova at Peres Projects, Rute Merk at Downs and Ross, and Ken Nevadomi at New Canons. 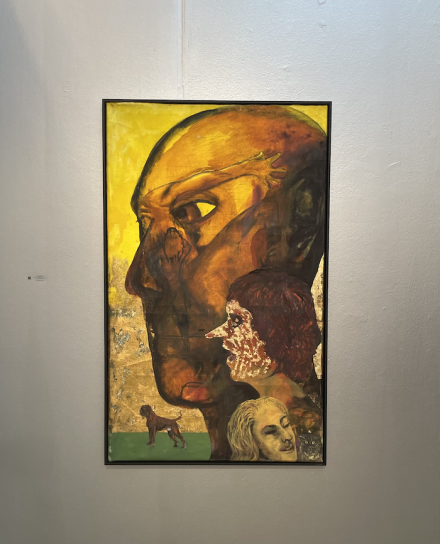 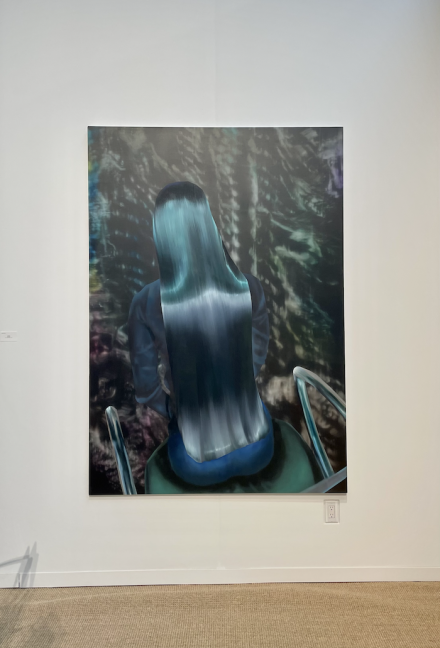 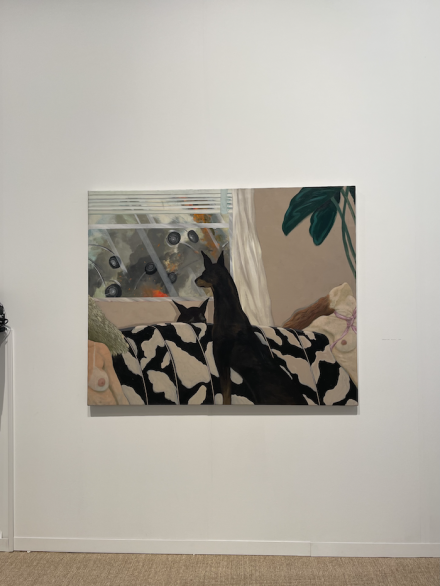 This entry was posted on Monday, September 20th, 2021 at 9:33 pm and is filed under Art News, Featured Post, Show. You can follow any responses to this entry through the RSS 2.0 feed. You can leave a response, or trackback from your own site.