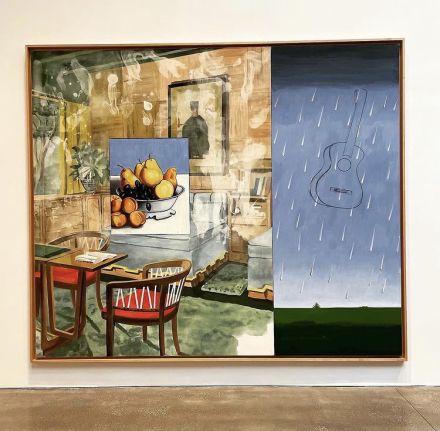 Open now at the Brant Foundation Art Study Center, painter David Salle is the subject of comprehensive survey of the the artist’s work, exploring a selection of works culled from both the Brant Collections and from a series of international loans. Underscoring the artist’s continued investigation and elaboration on a range of visual languages and histories of painterly craft, particularly in his exploration and visual mash-ups and shifting perceptual frames, the show showcases Salle’s evolution, over 40 years across a broad, yet a tightly controlled visual syntax. 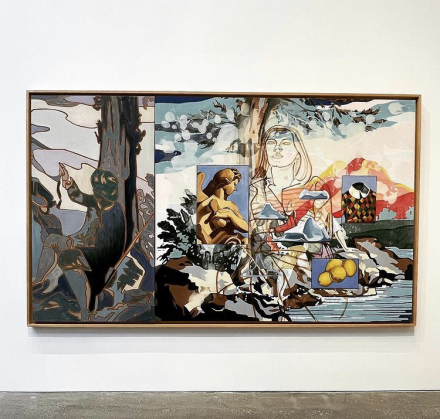 With his chosen medium of painting, in all its specificity and immediacy, Salle’s work speaks to the ways in which public images are used to create private meanings. “My generation was trying to get at the deep structures underlying certain pictorial conventions, and to take that understanding to a kind of exploded image,” says Salle. That notion sits at the core of the exhibition, tracing his craft against the language and structure of other visual systems simultaneously. The artist draws from graphic design, cartoons, signage, photography and classical modes of painting simultaneously, creating a swirling network of images and meanings that trace his work against the development of other systems and contexts of visual culture. Just as in poetry, music, or any other syntactically organized language, what matters are the myriad relationships of the parts to the whole. 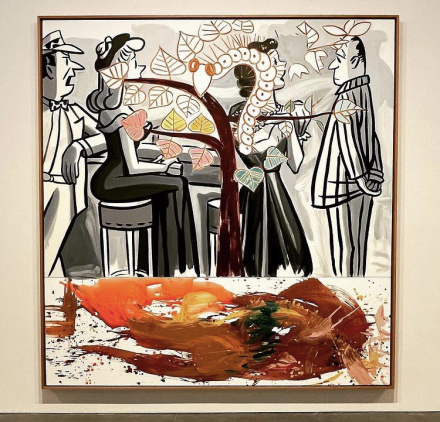 Yet at the same time, the artist’s work is no simple delve into unmediated imagery. Rather, he draws on the literary impulses of the historical avant-garde, works by artists like Giorgio Chirico or Francis Picabia, and takes that same fascination with synecdoche, narrative compression, juxtaposition, and a general resistance to closure towards its own ends, balanced by incorporation with his personal experiences with consumer visual language and the challenge of absorbing that language back into art. Indeed, the ‘subject’ of Salle’s paintings might be said to be presentation itself. His paintings foreground the visual mechanisms and agreements, often unconscious, by which we come to recognize an image in the first place. 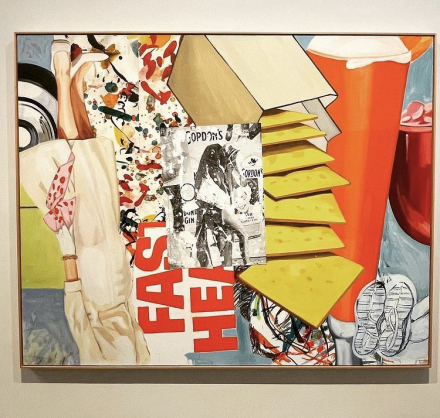 The result are works that become analogues towards the visual evolution of modern culture, tracing experience and image simultaneously across time. On view here, across a span of works from the artist’s career, one is given the opportunity to see both Salle’s evolution and exploration of disparate threads of the image, but equally how these contexts and images shift and change around him, an experience as kaleidoscopic and evolutionary as the canvas surfaces themselves.

The exhibition is on view through April 1st.

This entry was posted on Thursday, November 18th, 2021 at 12:00 pm and is filed under Art News, Featured Post, Show. You can follow any responses to this entry through the RSS 2.0 feed. You can leave a response, or trackback from your own site.