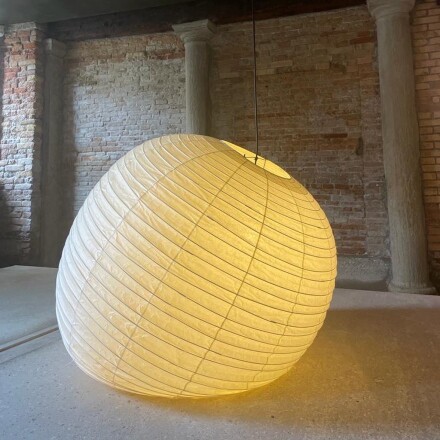 Continuing a string of curatorial outings during the run of the Venice Biennale, Danh Vo has once again popped up in the City of Bridges, this time with a show co-curated with Chiara Bertola. Drawing on his own work, executed in conversation with that of Isamu Noguchi and Park Seo-Bo, the show makes for a dynamic and shifting series of conversations, delving into perceptions of space and culture, power dynamics, architecture and form. 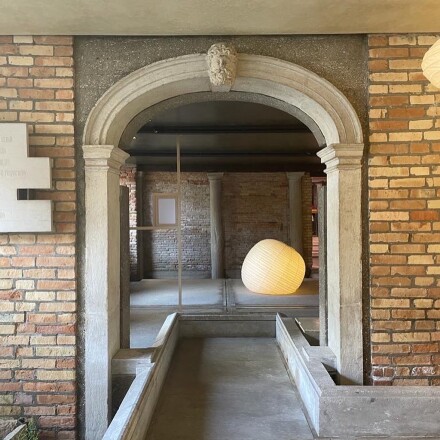 The show makes the most of each of the artists on view. Noguchi, one of the most significant artists of the 20th century, drew on principles of nature and form to delve deeper into concepts of human play and perception, Park, credited as the father of the Korean ‘Dansaekhwa’ movement, whose practice allows the naked materials of painting to reveal themselves through repetition, draws on related conceptual space, using material as a way to explore natural forms and movements, while Vo’s connecting principles explores how objects relate to both personal histories and global power structures, as vehicles through which we construct and inherit cultural conflicts, traumas, and values. 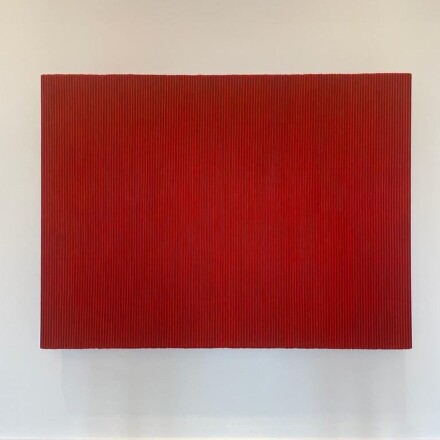 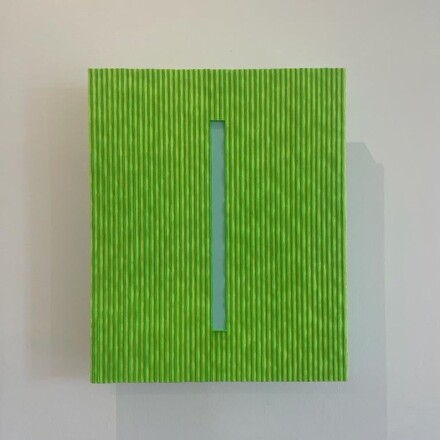 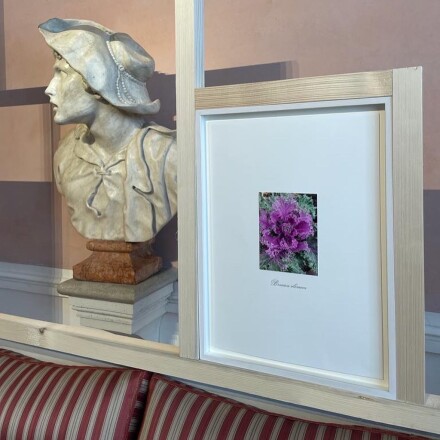 The show centers in particular on Vo’s orchestrations using Noguchi’s “Akari” lamps, immense paper lamps spread throughout the gallery. These works, which fill the spaces of the Querini Stampalia, create a subtly surreal visual effect, the sheer number of lamps creating forms of their own throughout the rooms of the building, while Park’s works, hung on the walls, trace similar notions of design, using delicate, deliberate strokes of paint to create canvases that reference fiber art and weaving while focusing in on the material at hand. 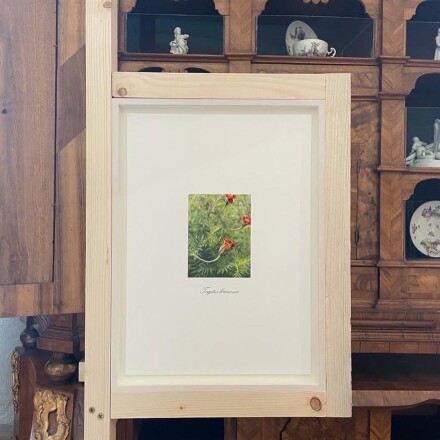 These are both countered by a series of photographs by the artist showing flowers shot on his iPhone, executed with his father’s calligraphic handwriting below them. These quiet, meditative images make for an intriguing conversation with the other works on view, a similar notion of simple operations and a focus on craft and gesture that makes the show a calming and conceptually powerful addition to the summer’s offerings in Venice. 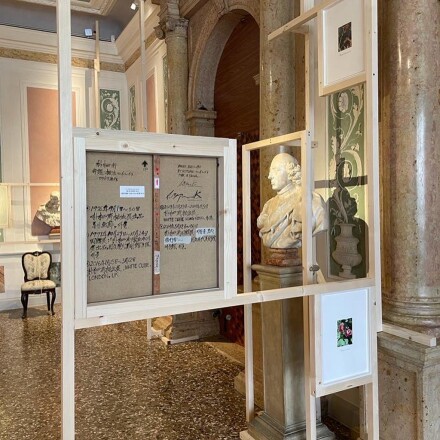 This entry was posted on Friday, April 29th, 2022 at 12:00 pm and is filed under Art News, Featured Post, Show. You can follow any responses to this entry through the RSS 2.0 feed. You can leave a response, or trackback from your own site.