Surrealism and Magic: Enchanted Modernity marks the first major international exhibition focusing on Surrealist engagements with magic, alchemy and the occult. A two-part exhibition first on display at the Peggy Guggenheim Collection in Venice before traveling to Museum Barberini in Potsdam, Surrealism and Magic features approximately 60 works from more than 40 international museums and private collections. The exhibition coincides with the theme of the 59th Venice Biennale, The Milk of Dreams, which draws its title from the otherworldly book by Leonora Carrington, the English-born painter and storyteller whose work features prominently in both the Guggenheim show and the main exhibition of the Biennale.

Ranging from the formative “metaphysical” paintings of Giorgio de Chirico to the spectral dreamscapes of Yves Tanguy, Surrealism and Magic explores the resurgence of the occult within the Surrealist movement. Curator Gražina Subelytė features work from the 1910s through the 1970s in which artists plumb the irrational and imaginative depths of the unconscious amidst the turmoil of two world wars, reflecting a fascination with magic and myth that reached its apotheosis after World War II. Extending beyond the material world, the artists harness the occult as a mode of escape and enchantment through which to articulate intangible phenomena. 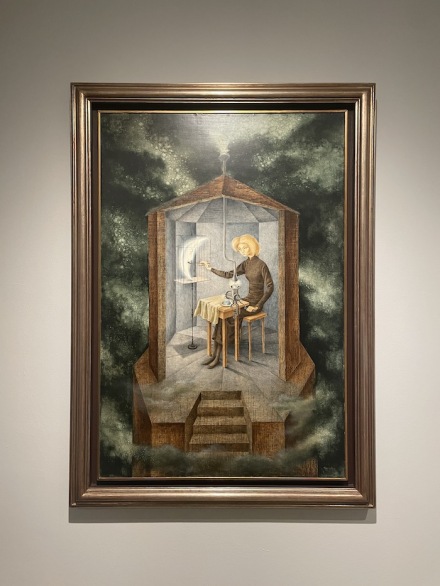 Surrealism and Magic builds upon André Breton’s call for the “profound…occultation of surrealism” in his catalyzing Second Manifesto of Surrealism (1929). The French author urged “the rediscovery of magic in a disenchanted and rationalized modernity” through Surrealism as he championed the enigmatic, dreamlike canvases of Giorgio De Chirico. The Greek-born, Italian artist’s The Child’s Brain (1914) affords context for the exhibition, given Breton’s prized ownership of the Freudian painting, which he displayed in his Paris home where other Surrealists would have encountered the work. 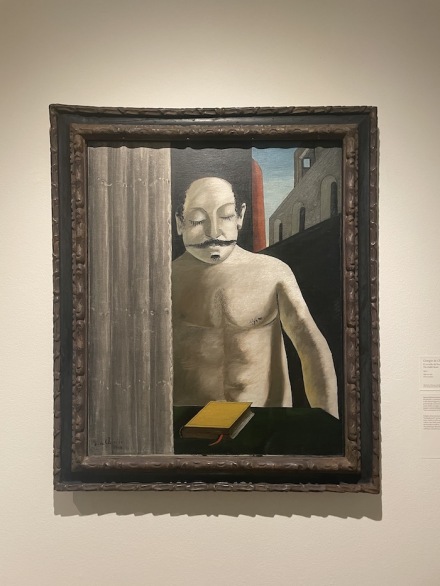 Swiss-American scholar and artist Kurt Seligmann contributed arcane expertise on sorcery and alchemy to the Surrealists in the 1940s as artists in exile increasingly focused upon fantasy and myth. Seligmann mined occult literature in works such as The Alchemy of Painting (1955) in which he conflates the artist, magician, and alchemist—all fueled by imagination. Seligmann’s The Mirror of Magic: A History of Magic in the Western World (1948) proved a particularly resonant source for Leonora Carrington, who channeled her esoteric knowledge of the occult as she drew upon Celtic folklore, alchemical symbolism and otherworldly allusions to medieval and Renaissance art. 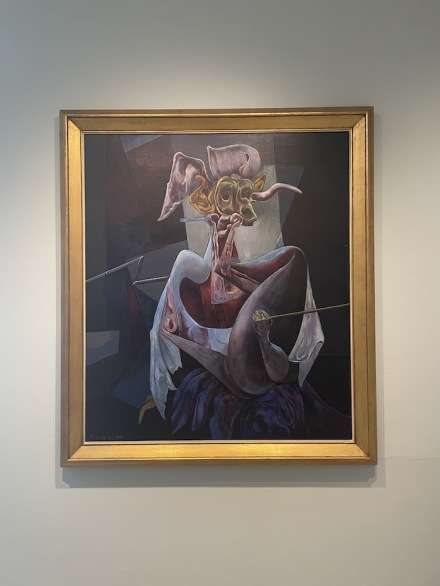 Kurt Seligmann, The Alchemy of Painting, 1955

In a room dedicated to Carrington as “Modern Enchantress,” the Venetian venue mounts her paintings on striking orange-red walls to evoke alchemical metamorphosis and the union between the female white rose and the male red rose. Carrington, who led the first women’s liberation group in Mexico in the 1970s, upended tropes of the eroticized witch to instead set forth active female agents empowered by magic. In Grandmother Moorhead’s Aromatic Kitchen (1975), Carrington likens culinary craft to both artistry and alchemy as she honors her maternal Irish grandmother while simultaneously conjuring her ancestral ties to the Sidhe, the fairies of Gaelic folklore. 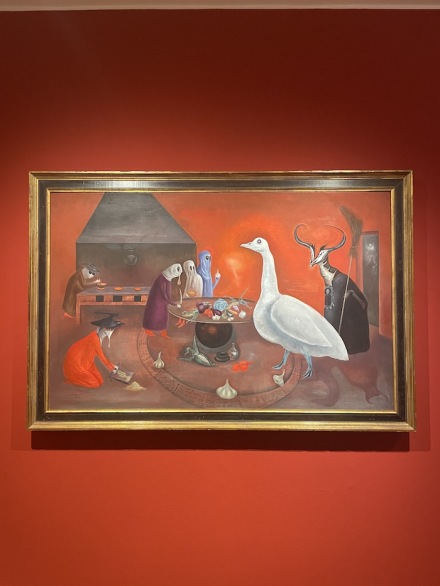 Through the works of Leonor Fini and Dorothea Tanning, in addition to those of Carrington, Surrealism and Magic reflects the occult tradition as a source of liberation: “Women artists recognized Surrealism’s potential and the possibilities offered by the movement’s engagement with myth and the occult. They employed both to advance a proto-feminist agenda and strategies of empowerment.” Tanning’s The Magic Flower Game (1941) reifies traditional associations between mythical female figures and the generative forces of nature, yet she endows her protagonist with permanence and force through her imposing stature and intimidating shadow. 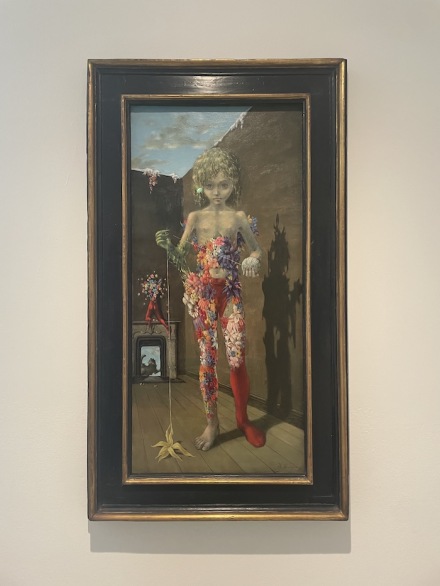 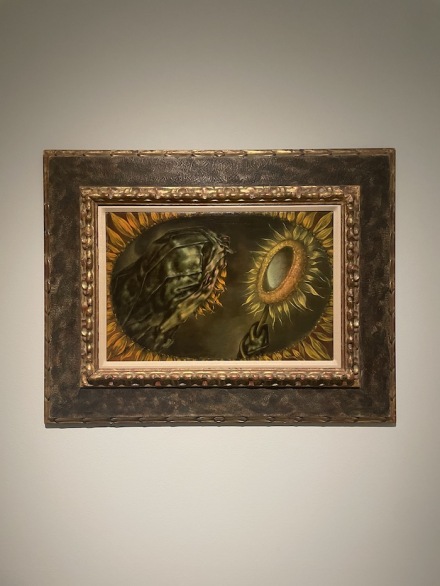 Affirming women artists as central to the movement while underscoring the subversive potentials afforded through the occult, Surrealism and Magic contributes to the erosion of the male-dominated Eurocentric Surrealist canon alongside Surrealism Beyond Borders, the concurrent exhibition organized by The Metropolitan Museum of Art and Tate Modern, currently on view in London.

Surrealism and Magic is on view at the Peggy Guggenheim Collection in Venice through 26 September, 2022. The exhibition will then be on display at Museum Barberini in Potsdam, Germany from 2 October, 2022 through 29 January, 2023.

This entry was posted on Monday, May 9th, 2022 at 12:19 pm and is filed under Art News, Featured Post, Show. You can follow any responses to this entry through the RSS 2.0 feed. You can leave a response, or trackback from your own site.