Roman Abramovich Revealed as $120 Million Buyer of Bacon and Freud Last week’s contemporary auctions in New York were anchored by two record-setting painting sales.  Lucian Freud’s Benefits Supervisor Sleeping sold at Christie’s for $33.6 million and Francis Bacon’s Triptych sold at Sotheby’s for $86 million.  It has just been reported that billionaire Roman Abramovich was the buyer behind both deals.

Abramovich, who is currently listed as #15 on Forbes’ list of billionaires with a $23.5 billion fortune, is known internationally as the owner of the UK Chelsea Football Club (not to mention his Russian hockey team and television station, among numerous other holdings) — but has not previously been known as a major art collector. 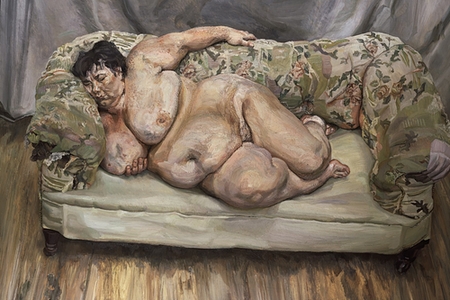 Some have speculated that his inspiration may be his current girlfriend, Dasha Zhukova, who just last week announced her desire to build a contemporary art gallery in Moscow.  With the weakened dollar, experts have seen a shift in the art market from American and European collectors toward Russian and Middle Eastern collectors.

This entry was posted on Sunday, May 18th, 2008 at 3:32 pm and is filed under Art News. You can follow any responses to this entry through the RSS 2.0 feed. You can leave a response, or trackback from your own site.