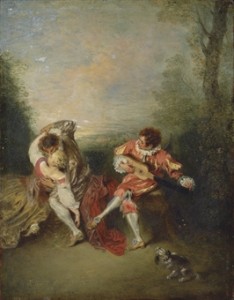 Christie’s Old Master Sales that took place last Tuesday, July 8th, featured quite a few ‘lost’ works of art, and generated over $47 million. In addition to the three rediscovered Goya drawings which sold for a combined $8 million, La Surprise by Jean-Antoine Watteau led the Old Masters Sale with a record breaking $24,376,385. The Watteau painting had been lost for almost 200 years, and was assumed to be destroyed until it appeared last year in a private English collection. It is the highest paid price for a French Old Master painting sold at auction to date, and well exceeded it’s $5.9-$9.8 million estimate. The sale also featured artwork by Anthony Van Dyck, Pieter Brueghel II, Thomas Lawrence, William Larkin, Jan Josefsz Van Goyen, and many more notable old masters. 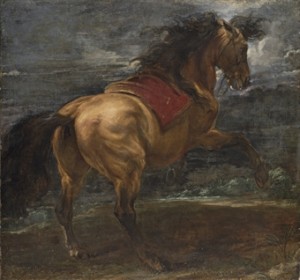 Another top sale at Christie’s Old Masters Sale was a Van Dyck painting called A rearing stallion, estimated at $2.0 -$2.9 million, but sold for $6,066,130. The dealer, Noël Desenfans, was the first known owner of the painting in the 18th century. Desenfans is known for his large collection of valuable paintings and antiques that he left to the British Museum. 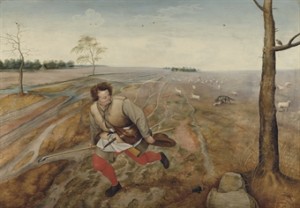 The Bad Shepherd by Pieter Brueghel II fetched almost $5 million at auction on Tuesday, and was originally estimated at $2-$2.9 million. The painting has been in the same private European collection for the past 57 years. Last Tuesday, July 8th, was the first appearance of the painting since it sold at an auction in Paris in 1938. 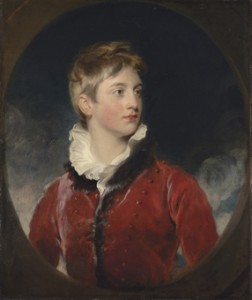 Another highlight of the sale, Thomas Lawrence’s Portrait of Frederick William Stewart, sold for $1,300,698

This entry was posted on Thursday, July 10th, 2008 at 1:55 pm and is filed under Art News. You can follow any responses to this entry through the RSS 2.0 feed. You can leave a response, or trackback from your own site.