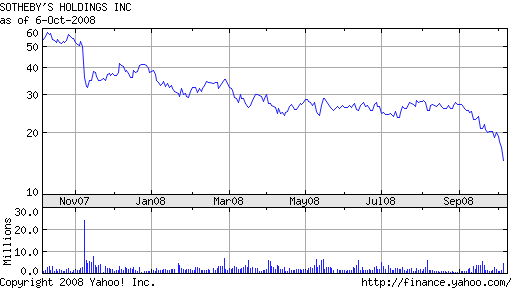 Sotheby’s (BID) stock declined by 14% on Monday, October 6th, 2008, to close at the lowest levels since July 2005 according to Bloomberg.  By ArtObserved’s calculations, Sotheby’s has lost more than 75% of its value since falling from its October 12th, 2007 high of $57.12 to today’s close of $13.86.  Besides the general buckling of the US Stock markets, Sotheby’s stock’s decline has presumably also been due to concerns about the buoyancy of the art market (as specifically reflected in this past weekend’s Asian art sales by Sotheby’s) which some analysts consider to be overheated and on the verge of a decline, especially in light of the global financial contagion.  Despite the overwhelming success of the landmark Damien Hirst direct to market auction less than a month ago in London (as reported by AO here), overall in the past month, Sotheby’s shares have dropped three times that of Standard & Poor’s 500 Index.

Evidence supporting the decline in the market is mounting: several recent auctions have failed to make the grade, including one recently featuring previously extremely in-demand artwork of Banksy. Some hoped that the continued influx of funds into the art market from collectors in ‘new markets’ such as Russia, China, India and the Persian Gulf, would prop up prices in Western markets and in burgeoning domestic contemporary art scenes. The results of Sotheby’s fall sale of Asian contemporary art however, selling a sector of the market which had previous momentum that seemed relentless, poke holes in that assertion. The auction failed to sell 19 of 47 of its headline lots, including pieces by Subodh Gupta, Zheng Xiaogang, Yue Minjun and Takashi Murakami. “Today’s results aren’t acceptable, they’re very poor. The contemporary Chinese art market has raced ahead too quickly and now people can’t prop it up anymore,” a Taiwanese dealer was quoted as saying in the Wall Street Journal. 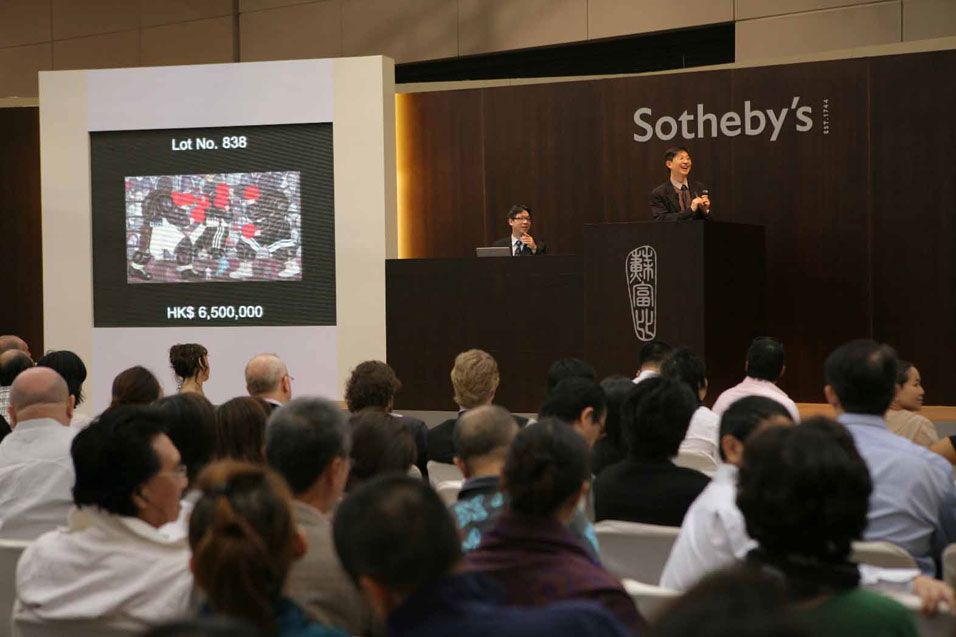 The auction in Hong Kong via ArtDaily 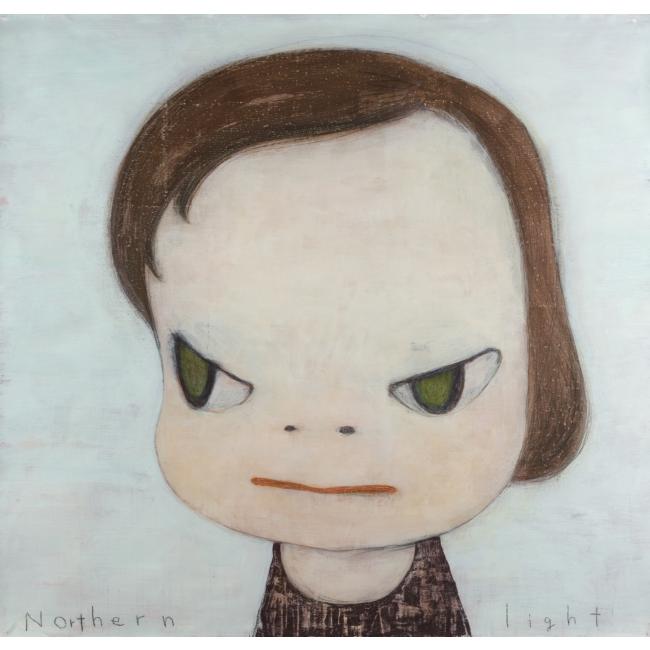 “It is not surprising that there will be some leveling off, which is what we also experienced…in addition to some estimates which were overly optimistic,” said Evelyn Lin, the head of Sotheby’s contemporary Asian art department, via the Wall Street Journal. That being said, there were some notable positives. A new record for Southeast Asian contemporary art was set at the auction when Ronald Ventura’s “Nesting Ground” sold for just over US$280,000. “Sorry Hero, I forgot,” by I. Balinese artist Nyoman Masriadi, also broke a record for the highest price paid for Indonesian contemporary art, selling for $4.8 million Hong Kong Dollars, or more than 8 times its higher end estimate of $580,000 Hong Kong Dollars. There were also some generally high sales, the top lot being Zhang Xiaogang’s “Bloodline: Big Family No.1,” which closed at US $2.97 million though this was below the expected high bid. Two of Zhang Xiaogang’s other works went unsold. 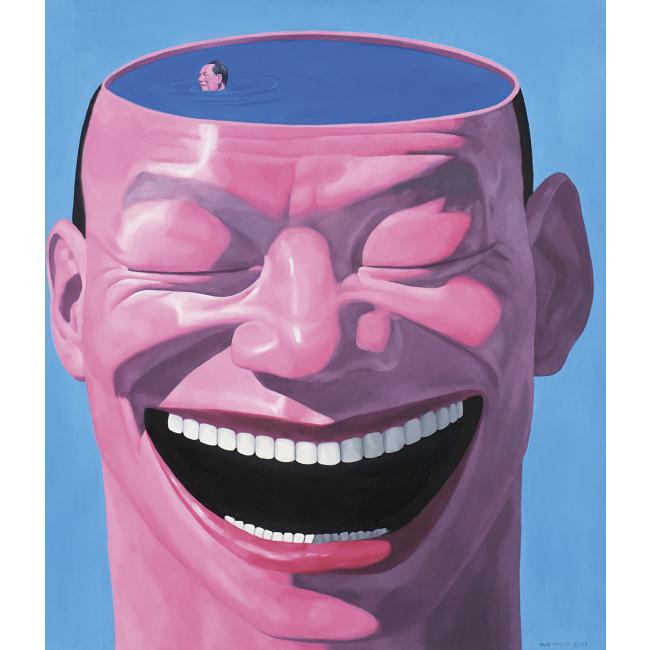 Sea of the Brain by Yue Minjun, $4.8 million HKD via Sotheby’s 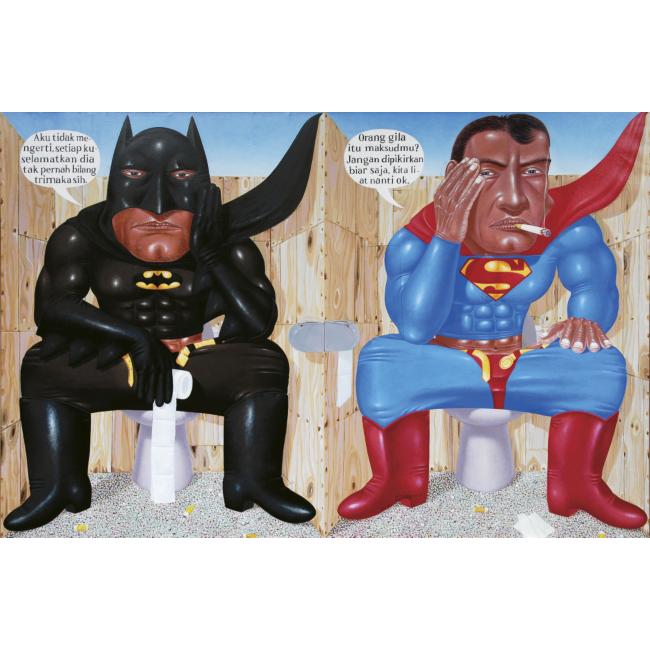 Sorry Hero, I forgot by I Nyoman Masriadi, sold for $4.82 million HKD via Sotheby’s

This entry was posted on Tuesday, October 7th, 2008 at 11:18 pm and is filed under Art News. You can follow any responses to this entry through the RSS 2.0 feed. You can leave a response, or trackback from your own site.