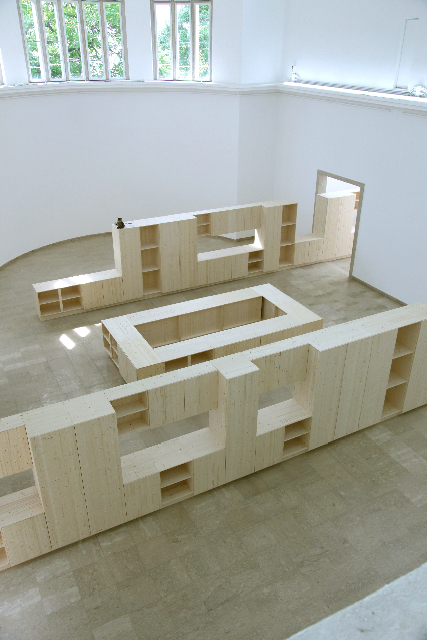 Liam Gillick’s installation in the German Pavilion at the Venice Biennale, photo by ArtObserved

Whereas the lines outside the Danish, American or British Pavilion were growing longer, the German Pavilion seemed rather calm on the opening day on June 4th.  For his room filling installation, British artist Liam Gillick in dialogue with the Pavilion’s curator Nicolas Schafhausen, decided to hide as little of the famous facist architecture of the Pavilion as possible. Inside, the artist built a kitchen-like structure in clear pine wood formally reminescent of Donald Judd’s wood sculptures. The facist background of the Pavilion’s architecture has been made the topic of their submissions by many artists. Gillick, in a spontaneous talk in front of the Pavilion this morning, explained that his intention was not to make a comment on why this architecture was built in the first place, but why it was maintained instead of being reconstructed as proposed in 1957 by Arnold Bode, founder of documenta.  Gillick mentioned the post-war rethinking of Germany and its identity in contemporary art and architecture in the 50s and 60s as one of the topics of his Biennial submission.  Though British, Liam Gillick is not the first non-German to exhibit at the German pavillion. Korean born Nam Jun Paik exhibited in this space in 1993, and was awarded the Golden Lion for his work. 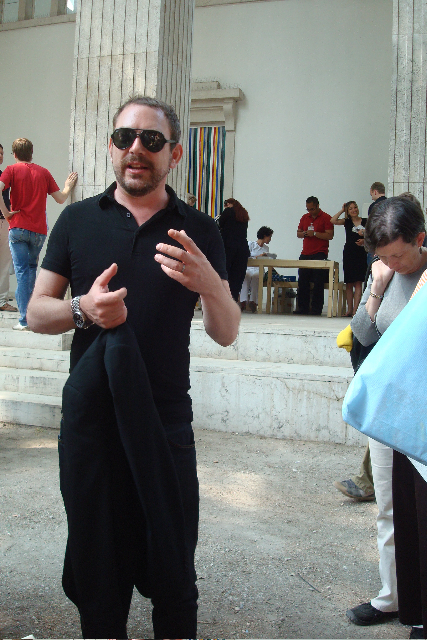 Liam Gillick speaking in front of his installation in the German Pavilion at the Venice Biennale, photo by ArtObserved 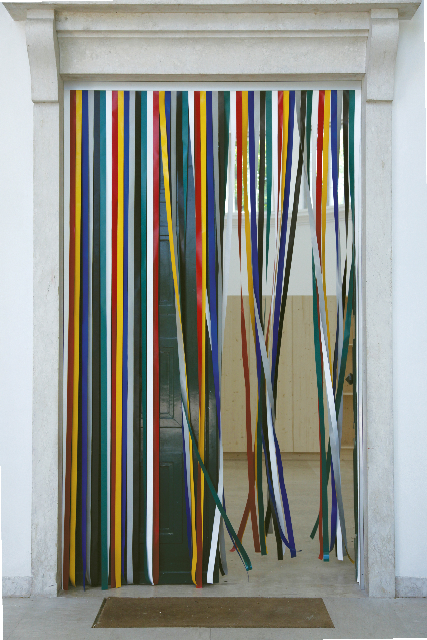 Liam Gillick’s installation in the German Pavilion at the Venice Biennale, photo by ArtObserved

This entry was posted on Friday, June 5th, 2009 at 7:53 pm and is filed under AO On Site. You can follow any responses to this entry through the RSS 2.0 feed. You can leave a response, or trackback from your own site.