The Philosophy of Andy Warhol (From A to B and Back Again)
(Andy Warhol, 1977)
Read More and Buy↠
Home » AO On Site Auction Results – New York: Sotheby’s Post-War and Contemporary Sale Tuesday November 11, 2009 – Only Two Lots Go Unsold in a highly successful Sale Dominated by Warhol 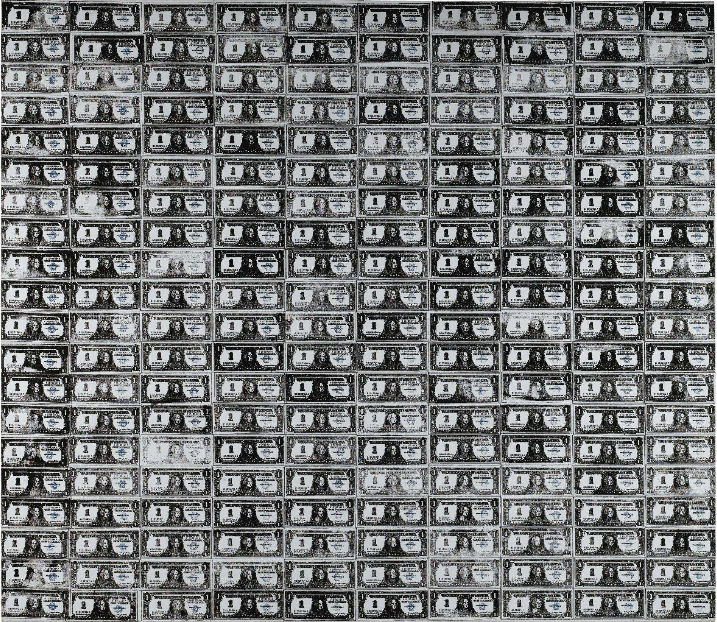 Last night’s Postwar and Contemporary Sale at Sotheby’s, New York easily outmatched their rival Christie’s sale the night before with a total of $134,438,000 and only 2 lots unsold. While 59% of works sold over their pre-sale estimates, it was Andy Warhol‘s 200 One Dollar Bills, which sold for $43,762,500 over an estimate of $8-12million, that catapulted the total sales revenue way over the initial estimate of $67-97 million. 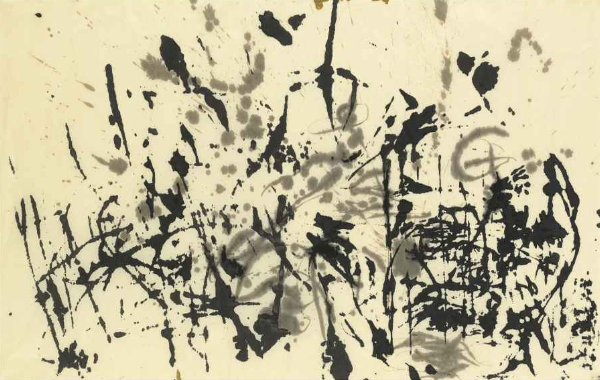 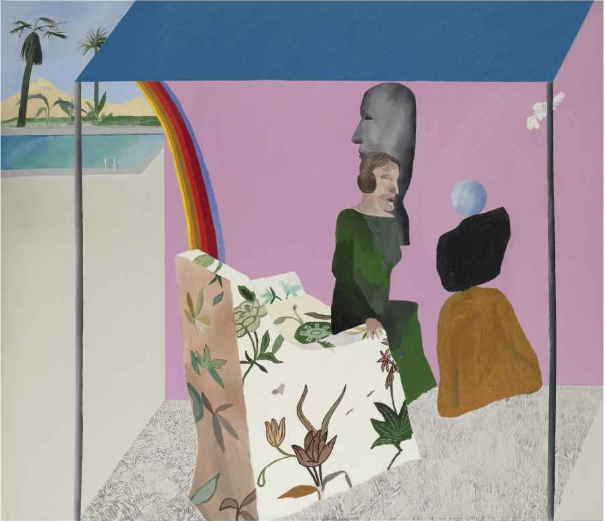 “The desire for great art is very strong,” said Tobias Meyer, Worldwide head of Contemporary Art. “In a market that has been characterized by pent-up demand, we were able to offer fresh material with conservative estimates, and our sellers were rewarded with the remarkable results we saw this evening.”

Consumer behaviour has started to accelerate after May 2009 and with Sotheby’s estimates made in May/June/July this year, it seems works were priced conservatively and not for a market in the mend. 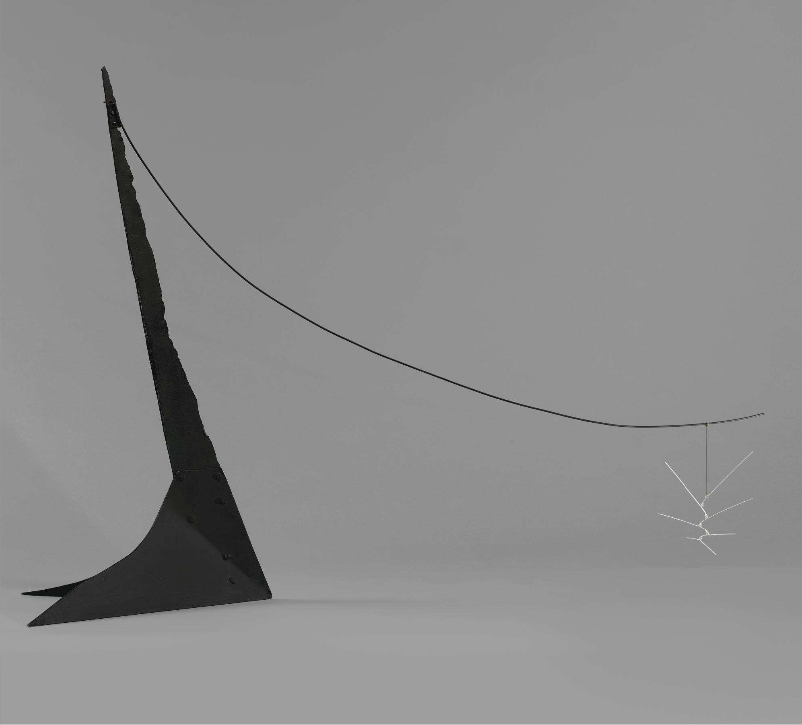 Once part of the celebrated collection of Robert C. Scull, Warhol’s 200 One Dollar Bills has been unseen since it was sold after the taxi tycoon’s death in 1986. One of the artist’s first silk-screen paintings, The Dollar Bill series consisted predominantly of small paintings of single dollar bills, with only 10 paintings of dollar bills done in serial or group formats, 200 One Dollar Bills and 192 One Dollar Bills (collection of Staatliche Museen zu Berlin, National galerie, Collection Marx, Berlin) are the two largest paintings – one a horizontal format and the other a vertical.  The rare nature of this painting, as well as its significance in the canon of Art History made this a greatly anticipated work.  Few were prepared for the ferocious bidding that occurred – bidding opened at $6million and immediately a telephone bidder doubled that figure to the figure that had initially been the high-end estimate. Many in the room, including New York dealer Phillippe Segalot and “the man with 800 Warhols”, Jose Mugrabi, tried to outdo persistent telephone bidders. Eventually the winning bid came through Bruno Vinciguerra – Sotheby’s chief operating officer.  Not only is $43,762,500 the second highest price for Warhol at auction, but it also makes 200 One Dollar Bills the 25th most expensive artwork to ever sell at auction.

Two lots after the excitement of what is being described as the ‘greatest sale of the season,’ onlookers prepared themselves for round-two of battle when Warhol’s Self-Portrait came under the hammer. This piece had been given by Warhol himself to Cathy Naso, who as a teenager worked in his factory after school hours: afraid it may be stolen, Naso stashed it in the closet of her Connecticut home. As a result of years of hibernation, the colors shone as brilliantly as when it was first painted. More than 7 bidders fought for the painting, it eventually sold to diamond dealer Laurence Graff for $6.1 million.  “I think I’m dreaming, I’m simply overwhelmed, both by the amazing price and also by all the attention this painting received.” stated Cathy Naso, who was in the salesroom herself to witness the bidding frenzy, “it just amazes me. – Andy made me famous for 15 minutes and I’ve come to realise that 15 minutes of fame is more than enough.”

At Christie’s Post War and Contemporary sale the night before, there was great disappointment when one of the top lots, Warhol’s Tunafish Disaster, failed to sell. Lastnight, by way of Larry Gagosian, Sotheby’s offered a similar composition from the same series – while under the initial estimate, Sotheby’s succeeded to shift their Tunafish Disaster to Jose Mugrabi for $1,202,500.

There was great excitement on the sale floor for Warhol’s of all kinds – a 1962 sketch of a roll of cash was bought by Larry Gagosian for $4.2million over pre-sale estimate of $3.5million.

Like Christie’s offerings from the property of John Cage and Merce Cunningham, works from the property of two great American collectors opened Sotheby’s auction with great speed. Mary Schiller Myers and Louis S. Myers cultivated relationships with contemporary artists and a small, trusted group of dealers during their lifetime – the couple bought smartly and with conviction for forty years resulting in an unsurpassable collection of contemporary American and European pieces. The collection itself brought-in a total of $24million.

The most impressive sale from the Myers collection was its second lot; Alice Neel’s double portrait, Jackie Curtis and Rita Red, which fetched $1,650,500 – a price that smashes the previous record for the artist. Bidding for this picture came from all over the world. 2 Museums fought very hard for this picture.
Another record came from a female artist featured in this collection – Germaine Richier – whose bronze figure sold at $842,500, over double its high estimate of $300,000. 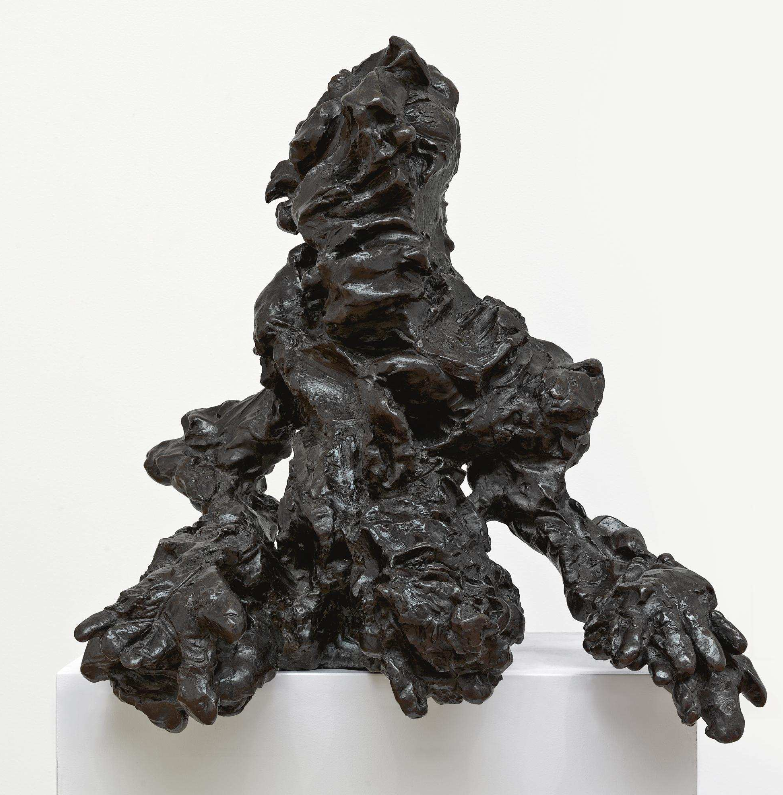 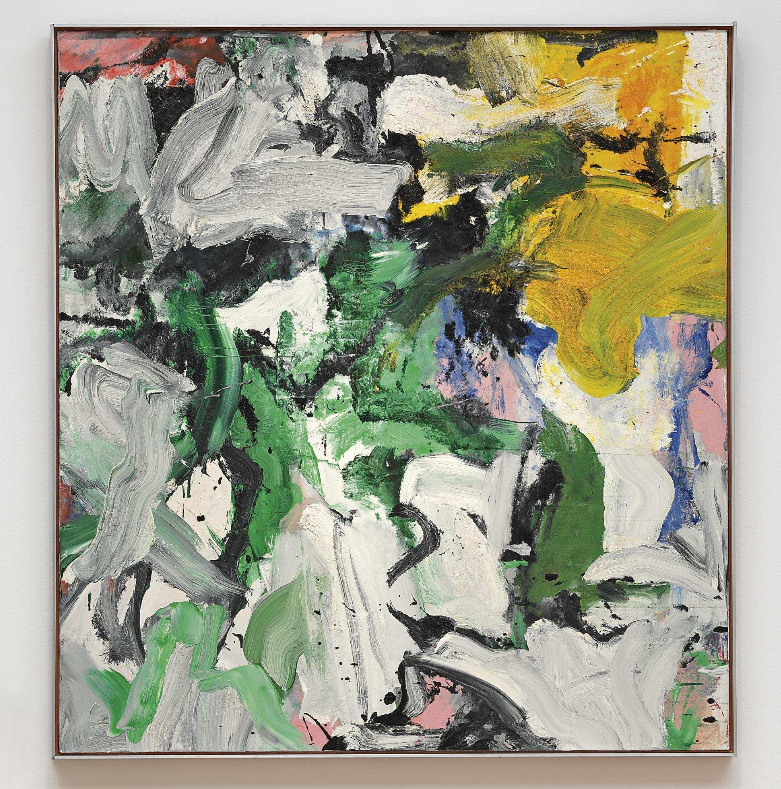 These not the only records to come from the Myers collection; a new record for Willem de Kooning sculpture was achieved by Large Torso which sold for $5,682,500 – well over the previous record of $3.9million. The sculpture was originally bought by the Myers in 1980 from Xavier Fourcade; lastnight it was purchased by Robert MaClean. There was further interest in de Koonings from the Myers collection: Untitled XV, a painting dating from the mid-1970s, perhaps the most prolific period of de Kooning’s career, was brought $6,130,500.

Orange, Red, Orange by Mark Rothko from the Estate of Lucie Moreira Salles had not appeared on the market for more than 30 years and fetched $3.4million after a heated contest involving six bidders. Donald Judd’s copper Untitled also exceeded expectations when it reached  $1,650,500 against a high pre-sale estimate of $1.2 million.

Tonight is Phillips de Pury‘s  turn to auction their selection Contemporary works; ArtObserved will be on site to report and twitter all happenings as they happen on.

Birmingham Mail (England) October 10, 2006 THERE’S an extensive programme of Christmas party ideas at Villa Park Stadium that’s certain to mean you can find the right celebration for you, your family and friends, or for you and your work colleagues.

The choice is yours! A diverse programme of discos, lunches, tribute acts and grand parties will ensure your group really get into the Christmas spirit at Aston Villa Football Club.

Prestigious suites, elite cuisine and a range of entertainment from Abba and Robbie Williams nights to Grand Christmas Parties, Stadium Tour and lunch days and Beer and Balti nights. There’s even a very appealing Treasure Island pantomime visiting on 28th and 29th December, where children are sure to be encapsulated in the enchanting tale of Long John Silver and the Jolly Roger! With a dedicated member of staff to handle your booking and extensive free car parking, the only thing you need to worry about will be selecting who’s lucky enough to be invited. see here christmas party ideas

In the spotlight this week at Villa Park is the superb Robbie Williams Tribute Show on November 25th and the Abba Tribute Act on November 26th. Matthew Holbrook emulates the sound, the look and especially the persona of the man himself – Robbie Williams. Matthew, whose show has travelled the world, has been described by the New Zealand press as ‘Robbie’s Clone’, Norwegian press as ‘Fantastic’, and the British press as ‘Perfectionism’. Tickets to both events cost just pounds 26.95 including a two course buffet and a disco. Individual table bookings for meals are also available through out the Christmas period in the elegant Cornerflag Restaurant overlooking the pitch.

This entry was posted on Thursday, November 12th, 2009 at 12:15 pm and is filed under Art News. You can follow any responses to this entry through the RSS 2.0 feed. You can leave a response, or trackback from your own site.