News Roundup: The snowballing of a controversy over the New Museum’s decision to exhibit trustee Dakis Joannou’s collection 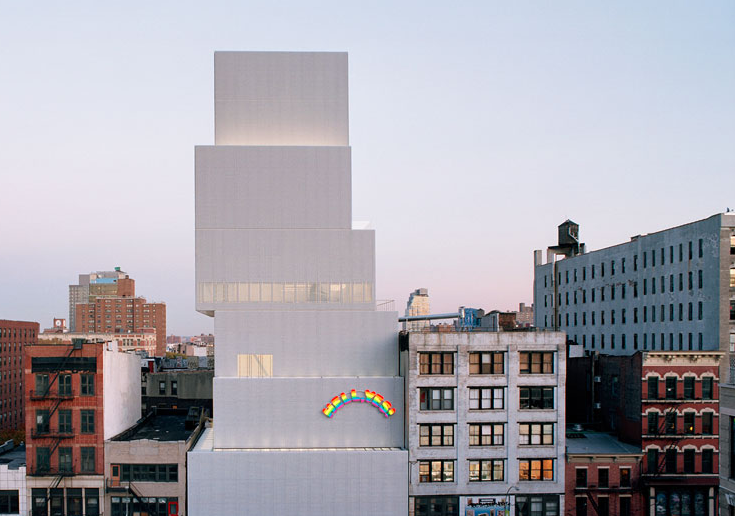 In September, the New Museum announced a series of exhibition entitled “The Imaginary Museum,” the first of which will be curated by Jeff Koons from the collection of Dakis Joannou, who in addition to heavy collecting the work of Koons, is a trustee of the museum. The museum’s decision to show works from the collection of one of its trustees raised some ethical red flags by several bloggers, and last week gained momentum with a front page article on the NY Times followed by considerable coverage elsewhere, including an editorial in The Art Newspaper by Modern Art Notes’ Tyler Green, who had previously blogged about the situation, and responses by Jerry Saltz in New York Magazine. The cover of the November issue of the Brooklyn Rail featured a satirical cartoon by artist William Powhida with the title, “How the New Museum Committed Suicide with Banality,” taken by a post by James Wagner, skewering the incestuousness and insiderness of the New Museum, and Artinfo called the controversy the “New Museum scandal.”  The New Museum responded in defense, and a number of other museum directors also defended the museum’s decision. 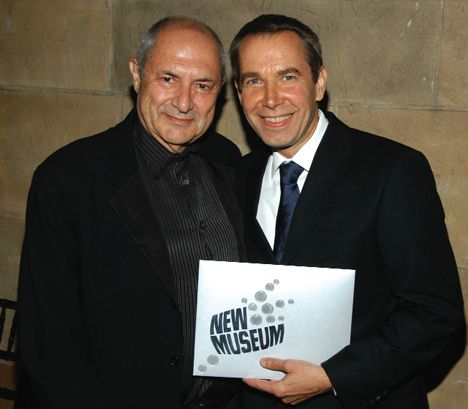 Dakis Joannou and Jeff Koons at the New Museum’s 30th Anniversary Gala in 2007 via The Art NewspaperThe issue at hand arises from ethical standards to which museums are held, which frown upon museums from showing works owned by its trustees which are not donated to the museum in return. A work shown in a museum arguably raises its value, allowing the collector to potentially benefit if he or she decided to sell that work later. The New Museum has no permanent collection, and so Joannou would not be able to gift any of the works exhibited. There have been a number of similar exhibitions at other museums in recent years that were controversial for similar reasons, including “Sensations” at the Brooklyn Museum, which featured works from the collection of Charles Saatchi, and an exhibition of Old Master drawings at the Metropolitan Museum of Art from the collection of Jean Bonna, an honorary trustee of the Met. 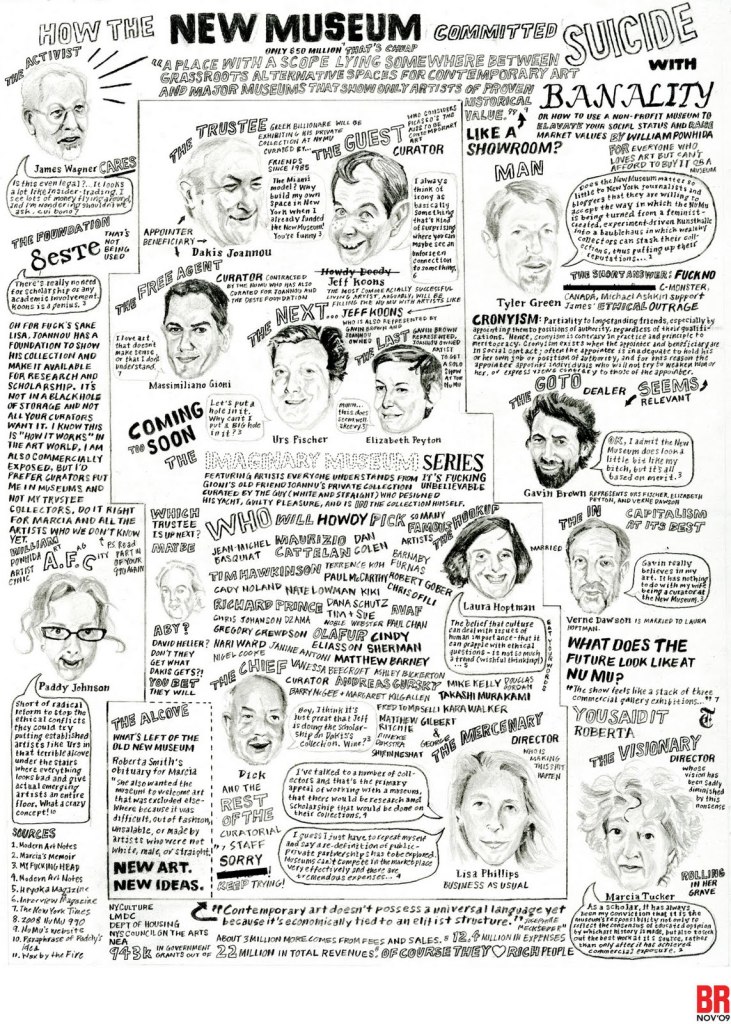 But what has compounded the controversy is a growing unease with the perception that the New Museum has strayed from its initial mission as an avant-garde alternative to traditional art museums, and is now a closed circle of insiders. Koons and Joannou have had a close relation for years, and Joannou’s collecting of Koons’s work has likely contributed to Koons’s meteoric rise. Additionally, the museum’s current solo show by Urs Fischer is somewhat contentious.  Joannou is also a large collector of Fischer’s work, and Fischer is represented by Gavin Brown.  Brown also represents Elizabeth Peyton, Jeremy Deller, and Steven Shearer, all of whom have had solo shows at the museum since it reopened two years ago.

Many have come to the defense of the museum, arguing that Joannou’s collection is something that ought to be seen by the public, and that Koons’s close relationship with the collector puts him in a privileged position to organize such a show. The New Museum says it has a policy against showing works that collectors are actively planning to sell and that many US institutions would be “honored” to exhibit Joannou’s collection.  According to Jerry Saltz, the collection “isn’t just usual suspects; it is all about sex, death, shit, the Oedipus complex, and materiality of the strangest sort.  It includes artists you’ve never heard of, which was the New Museum’s original mission.”  Still, however, Tyler Green and many others can’t get over the ethical issues, with Green calling for the cancellation of the exhibition and all other single-collector exhibitions.

This entry was posted on Monday, November 16th, 2009 at 11:18 am and is filed under Art News. You can follow any responses to this entry through the RSS 2.0 feed. You can leave a response, or trackback from your own site.