AO Onsite: Art Basel Miami Beach 2009 has begun and will run through December 6 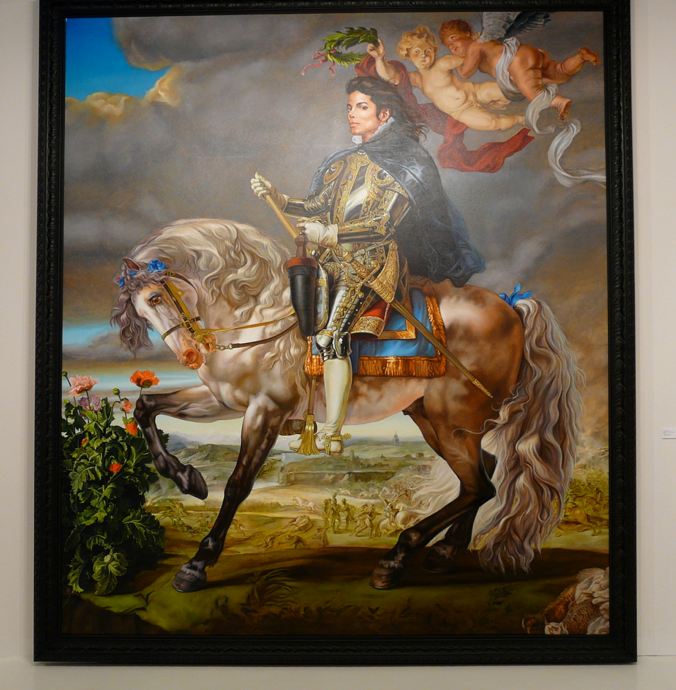 It is rumored that in years gone by determined collectors were dressing as janitors in order to sneak into Art Basel Miami Beach prior to its official opening in order to snatch the most coveted pieces before their rivals. While this kind of vigor has not returned to the fair since the economic crash stalled the art market in 2008, the mood at today’s VIP preview seemed to be reflect the the vote of confidence that was delivered to the American art market when active bidding returned to the floor of the Post-war and Contemporary Auctions in New York last month.

More text and images after the jump….. 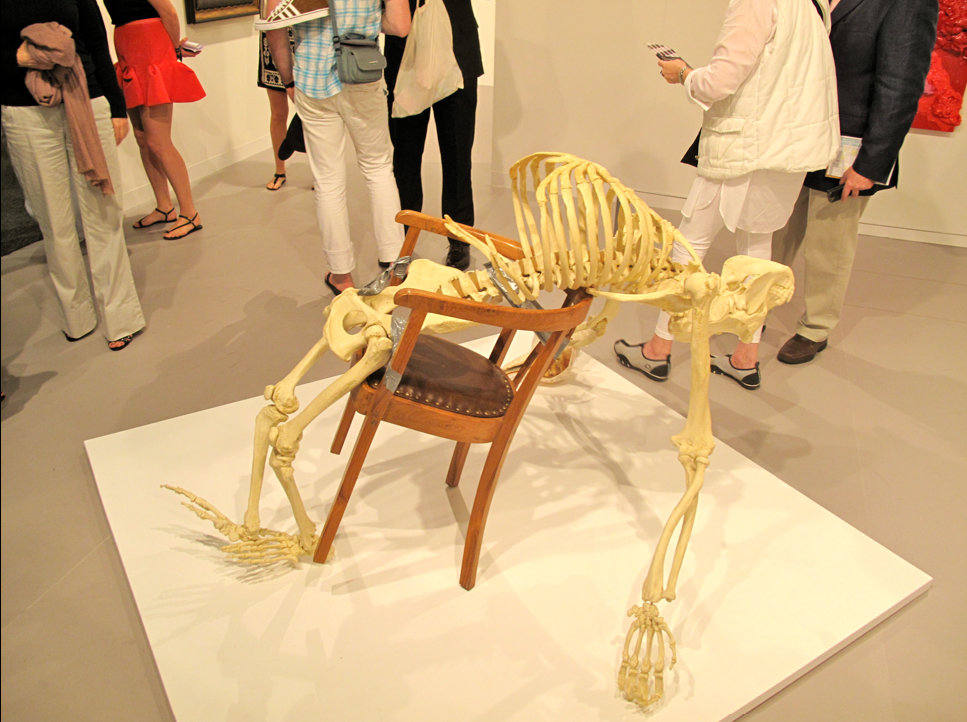 One hour after the fair opened today ArtObserved spoke with an excited Astrid Hamm of Galerie Eigen + Art which announced the sale of two small pieces along with a large Neo Rauch painting for $450,000. This sentiment seems to have continued not just at the Eigen + Art booth but throughout the fair where red dots continued to appear throughout the day. 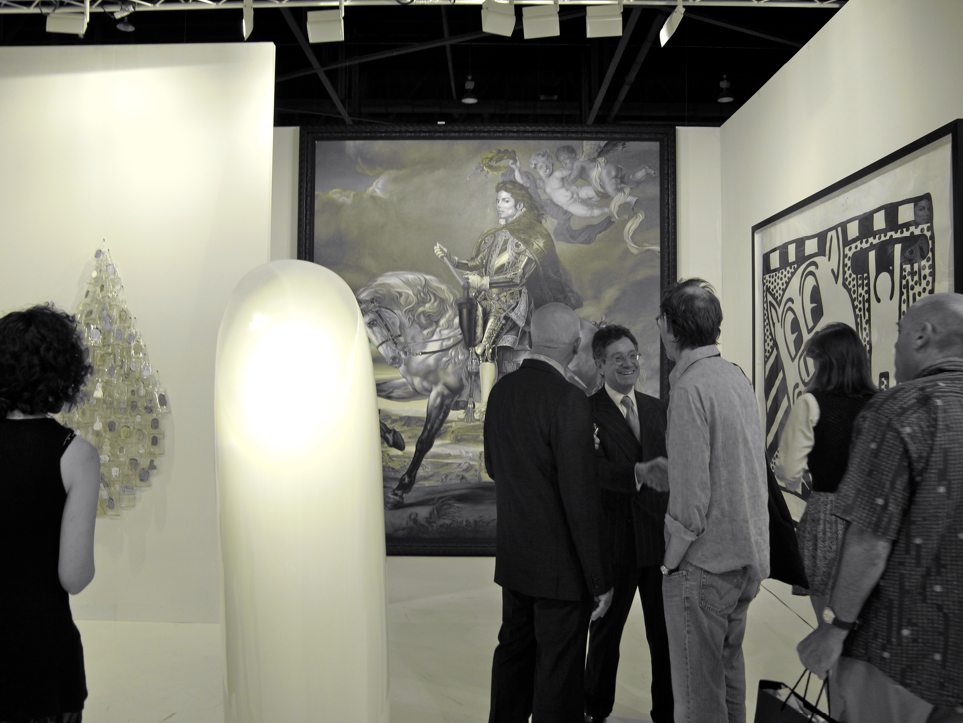 Deitch Projects saw the fair as an opportunity to unveil a monumental portrait of Michael Jackson by Kehinde Wiley entitled Equestrian Portrait of King Phillip II. The commission for this enormous painting was instigated in 2007 when Jackson contacted the artist after seeing his work at the Brooklyn Museum of Art – arrangements for a sitting came to a halt upon the singer’s death on June 25. Wiley’s depiction of Jackson is not the only homage to the King of Pop at the fair; works by Jonathan Monk, David Lachapelle and Jeff Sonhouse attracted throngs of viewers. These portraits appear with confidence after the success of the small silk-screened image of Jackson by Andy Warhol that sold at Christie’s in November for $812,500 – almost three times what a similar piece sold for before the singer’s death in May this year. 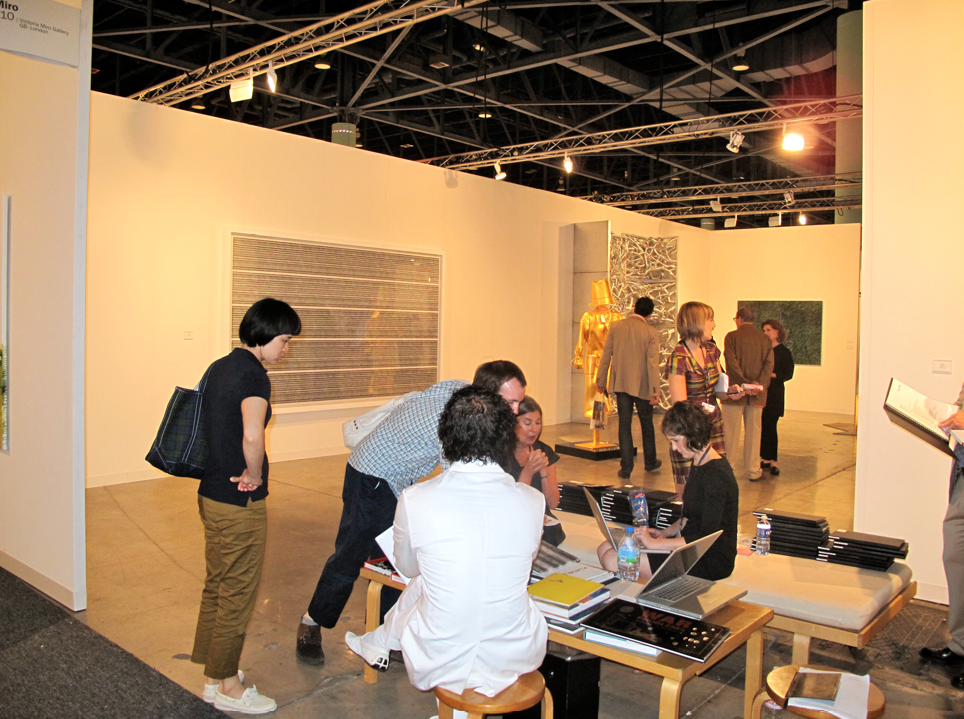 There is a lot to be said for the ability of headlines to renew interest in an artist’s work. Great disappointment was had at Christie’s in November when their top lot, Basquiat’s Brother Sausage, failed to sell. Despite this, the large number Basquiat’s huge canvases on offer at today’s fair was unavoidable and is perhaps inspired by the sneak preview screening of Tamra Davis’ documentary “Jean-Michel Basquiat: The Radiant Child” that will take place in the evening of Friday, December 4. 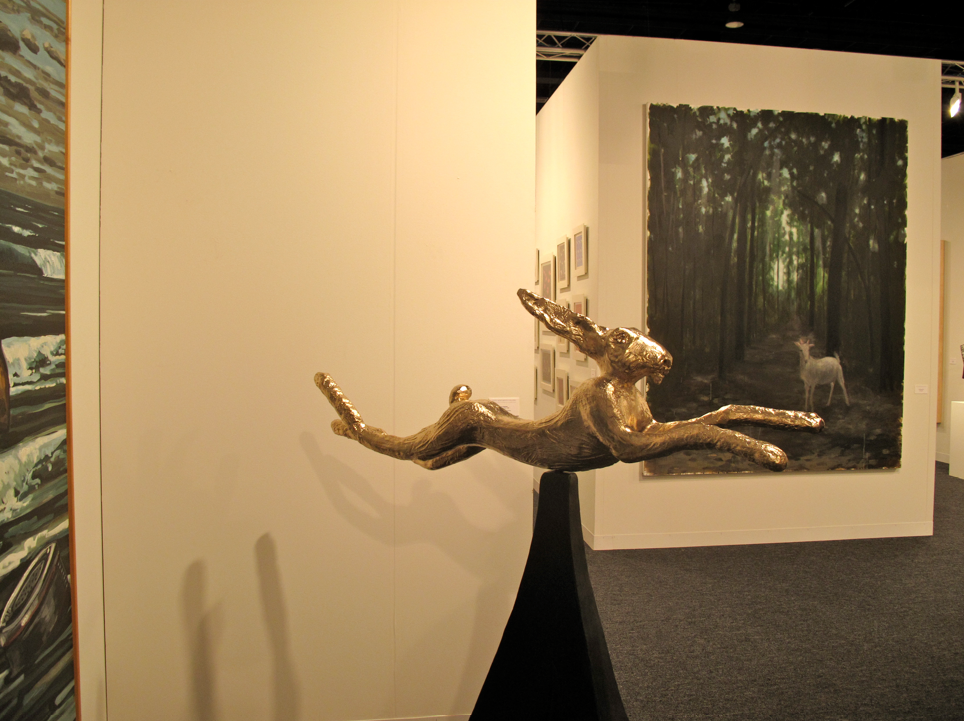 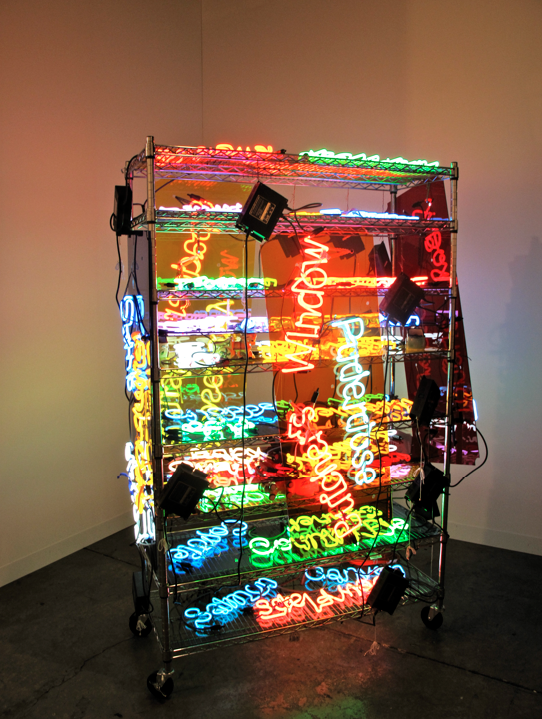 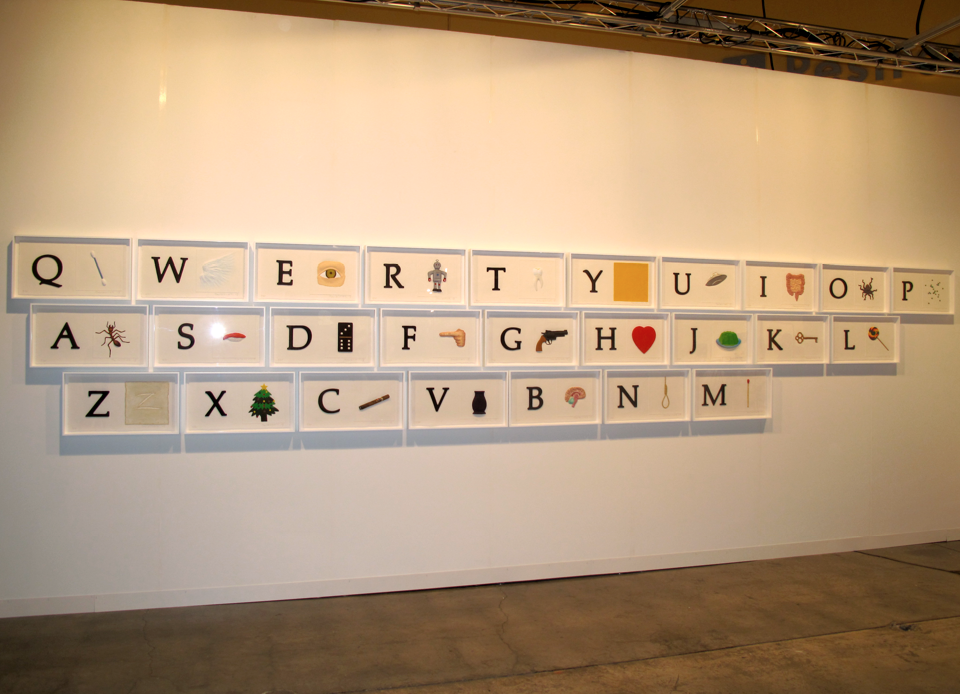 One of the most impressive and talked-about pieces of the day was John Baldessari‘s print series entitled ABC Art (Low Relief) 2009. This important piece is presented by first-time exhibitors, Mixografia, which are celebrating 40 years of printing and publishing works by contemporary artists. The 26 pieces demonstrates their unique fine art printing process that allows for the production of three-dimensional prints with texture and very fine surface detail – apt for Baldessari’s witty piece that includes a dirty-nailed finger for ‘F’ and a filled-in tooth for ‘T.’ 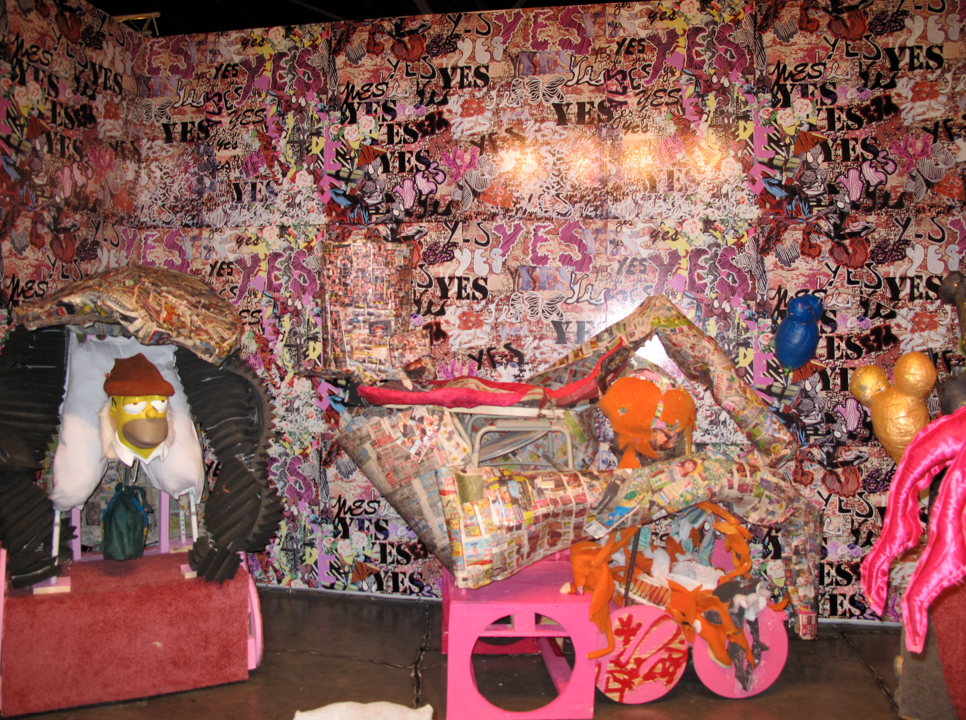 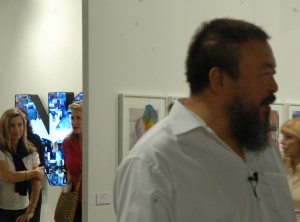 We spotted leading Chinese artist Ai Weiwei roaming through the fair with a camera crew in tow. His presence created a great stirring in passers-by who knew of his recent discharge from hospital after recieving emergency brain surgery as a result of internal bleeding caused by a police attack. Tomorrow Ai Weiwei will kick off a series of talks at the Oceanfront for Art Basel Conversations. 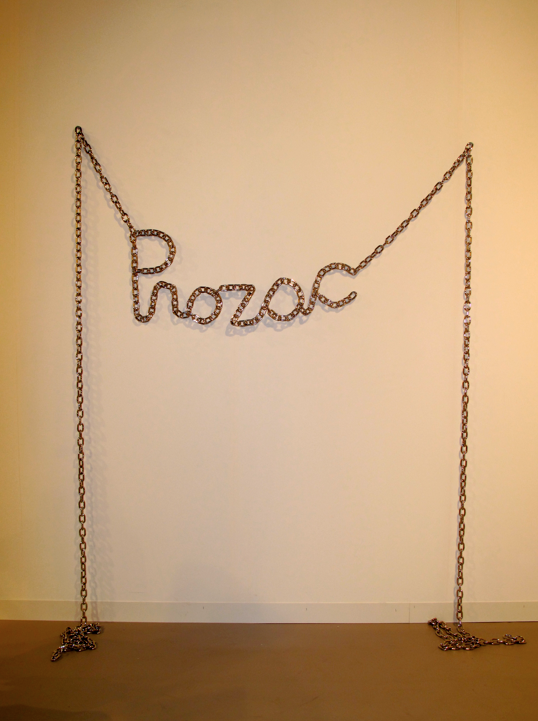 Sylvester Stallone chats with collectors in front of his artworks

While negotiating our way through the swarms of people we almost came to a stop when we reached Gmurzynska, a Zurich-based gallery which are selling works by the iconic movie star Sylvester Stallone. When approaching the booth we came to a standstill due to the throng of viewers crowding the booth to catch a glimpse of Stallone himself. 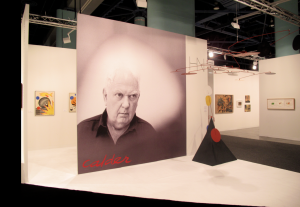 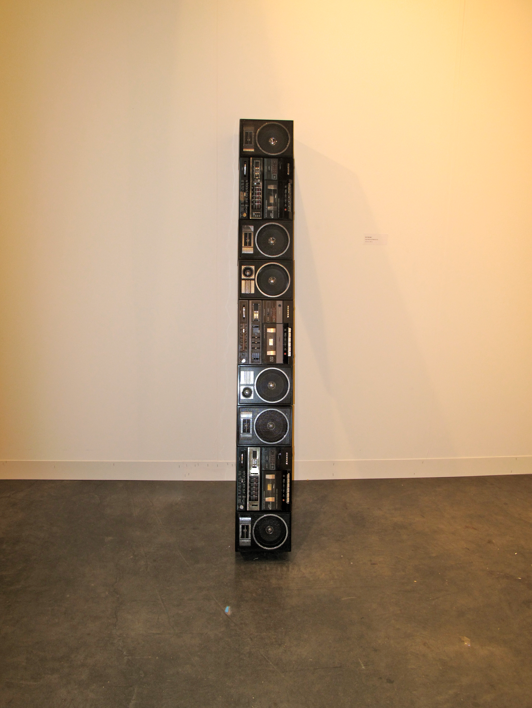 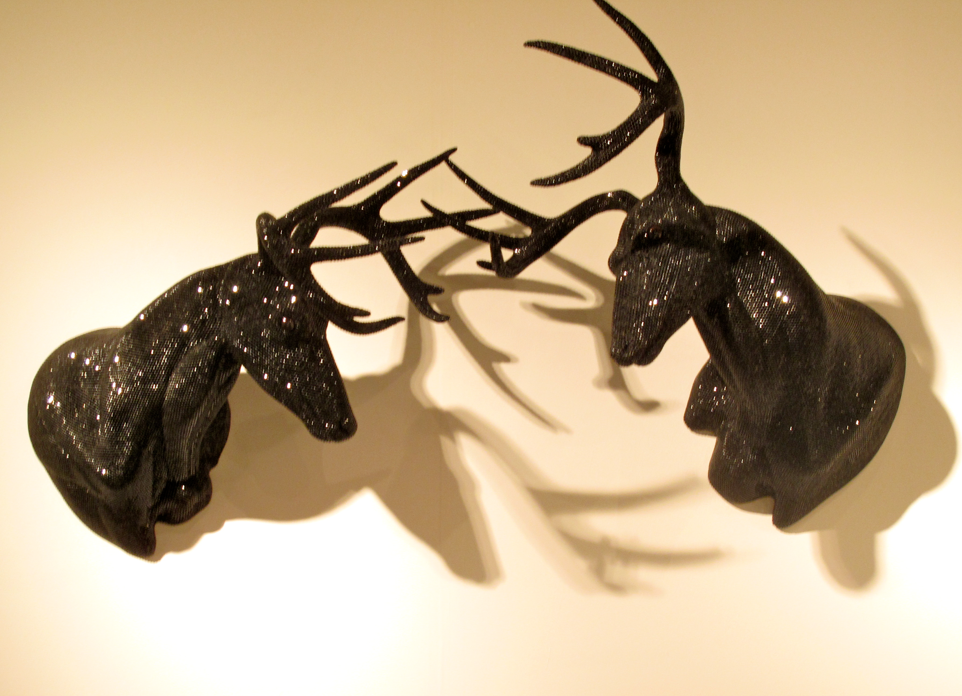 Helly Nahmad Gallery displayed an impressive collection of mobiles by Alexander Calder which caught the attention of many in attendance at today’s Vernissage. An equally distracting display came from neugerriemscheider which were selling Jorge Pardo’s fiber carbon, hanging silhouettes for $65,000 each. 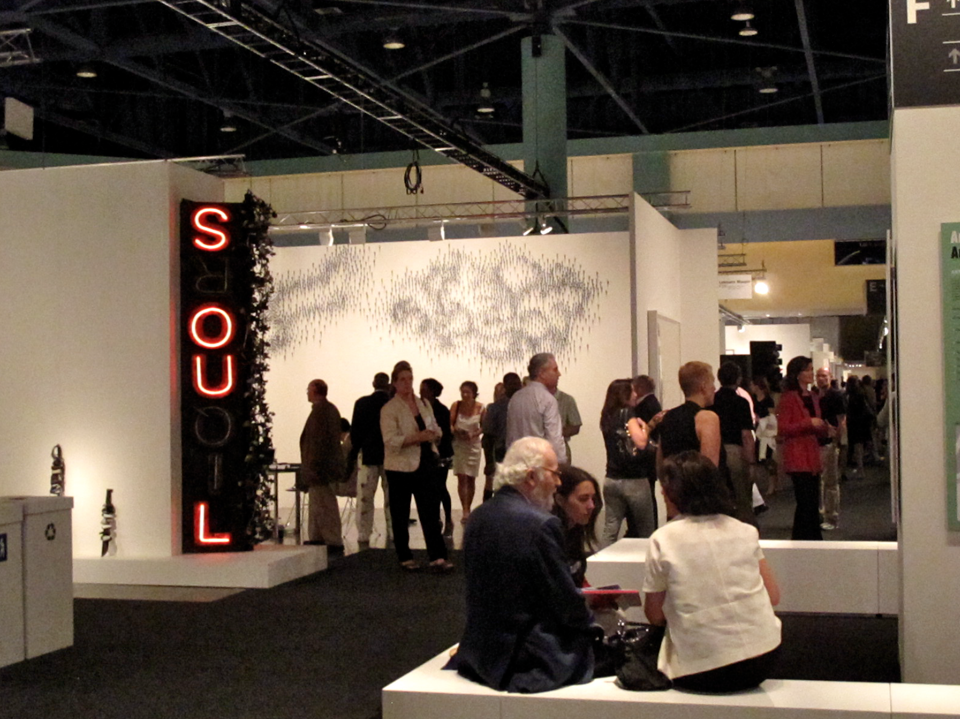 Tonight numerous parties are underway – Santogold is currently entertaining a small audience at the Raleigh hotel courtesy of Jeffrey Deitch. ArtObserved will return tomorrow with an update on the happenings at Art Basel Miami Beach, including details of Ai Weiwei’s talk and the opening of Lance Armstrong’s STAGES at OHWOW. 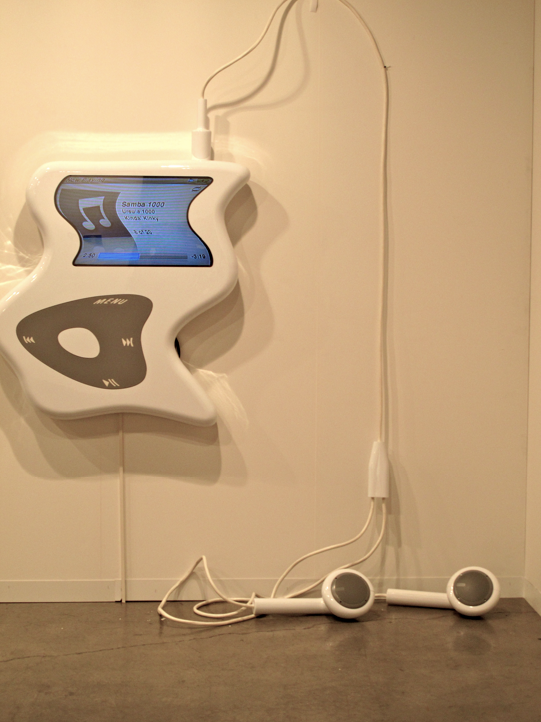 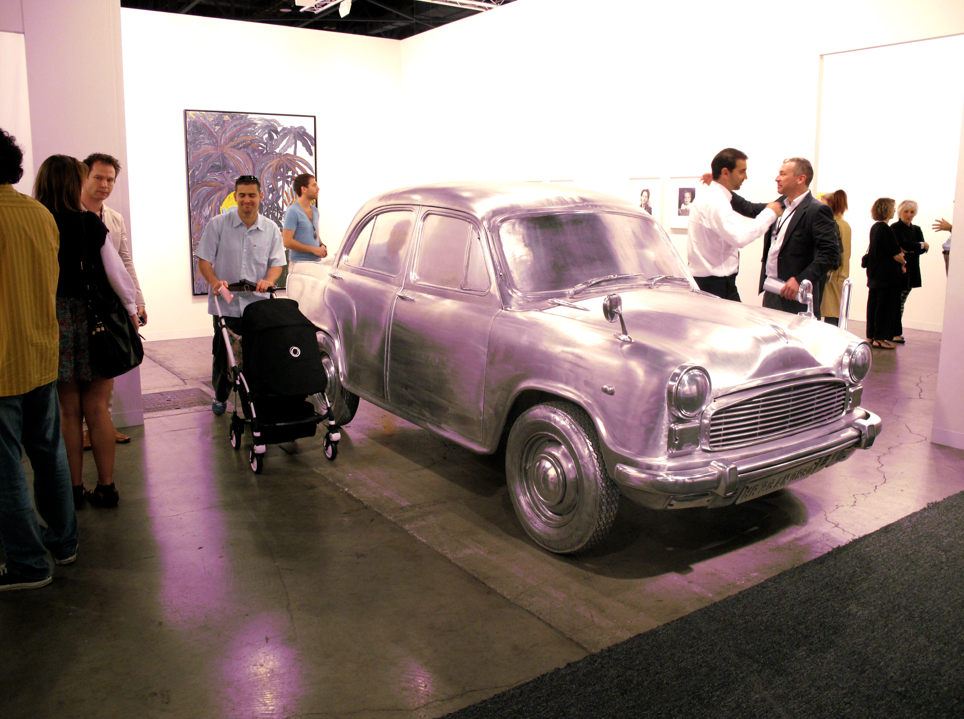 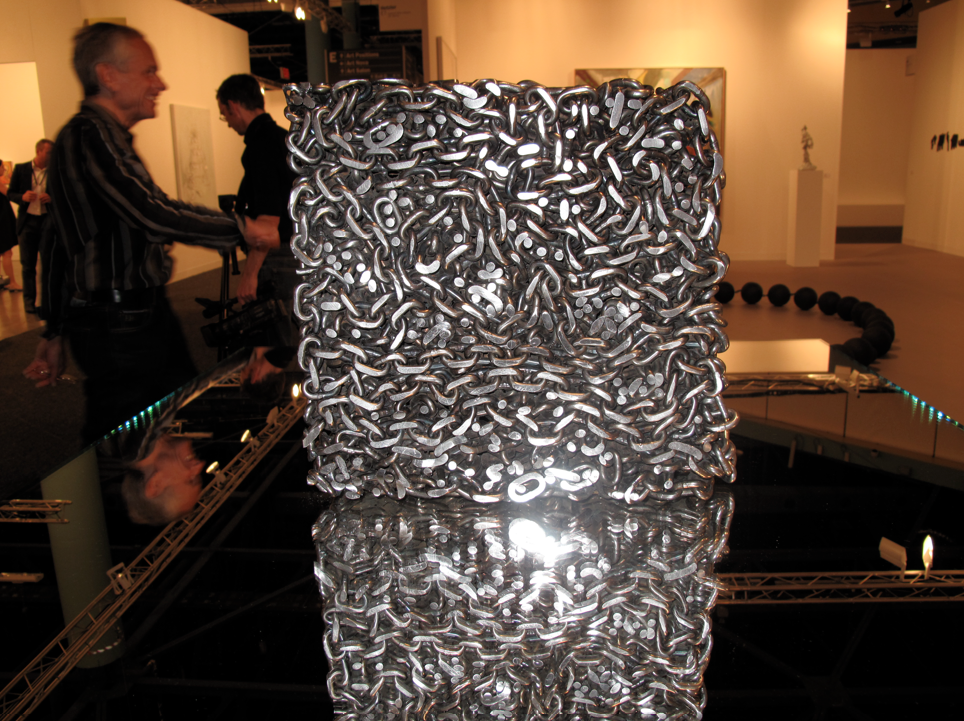 This entry was posted on Wednesday, December 2nd, 2009 at 11:32 pm and is filed under Art News. You can follow any responses to this entry through the RSS 2.0 feed. You can leave a response, or trackback from your own site.