As with Christie’s historic sale of Picasso’s Nude, Green Leaves and Bust for a record $106.5 million on Tuesday evening, Sotheby’s Impressionist and Modern evening sale last night struck another strong note for the recovering art market.  The sale achieved $195,697,000, nearly reaching the high end of the pre-sale estimate ($141 – 204 million).  Fifty of the 57 lots offered sold.  Forty-three works achieved prices over $1 million, ten works exceeded $5 million, four works brought prices over $10 million, and two works sold for over $15 million; two artist records were broken. That compares very favorably to the 36-lot sale that generated $61,370,500 at Sotheby’s last May. Despite a packed salesroom, absent bidders on telephones dominated the evening’s sales – while a constant feature of this secretive market where anonymity is key, the many languages spoken by Sotheby’s representatives on the telephones last night acted as a strong indicator of the global demand for these top-quality works. Most notably, Asian buyers dominated the phones – pushing-up the prices of many of the night’s big sales and eventually winning four of the top ten lots.

More images, related links and a full report after the jump….

The crowd at Sotheby’s evening sale of Impressionist and Modern art – at the end of the aisle – Isamu Noguchi’s “Undine” which sold for $3.7 million to a telephone bidder.

The top-lot of the night was Matisse’s Bouquet de fleurs pour le Quatorze Juillet, which the artist completed on the first Bastille Day following the Armistice ending World War I. The work sold to an anonymous bidder on the phone with Sotheby’s representative Geraldine Nager for $28,642,500 over a pre-sale estimate of $18 – 25 million. The Matisse was one of the evening’s lots that carried an ‘irrevocable bid’ – an arrangement introduced by Sotheby’s in 2008 under which someone agrees to bid an undisclosed sum on a work. If it sells above that sum, then the bidder gets a cut of the difference between his bid and the final price. 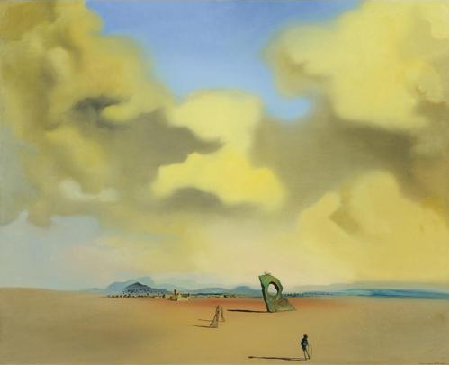 Sotheby’s representative Xin Li was the underbidder on Bouquet de fleurs pour le Quatorze Juillet. A key player in the evening’s active telephone bidding, Xin Li was the underbidder on a number of the top lots. She represented a client who seemed determined to snare Claude Monet’s thoroughly Impressionist work, Fin d’Apres-Midi, Vetheuil. Xin Li garnered much enthusiasm and excitement in the crowd when she pushed the price to $6,242,500, nearly doubling its $3.5 million estimate, with increments of $3 and $5 million. Xin also secured Salvador Dali’s Spectre du soir sur la plage, which totaled $5,682,500 – a new record for the artist, overtaking the previous record of $4,070,000 that was set for Assumpta corp uscularia lapislazulina at Christie’s, New York in May 1990. The second biggest bid of the evening, $13.5 million, was taken by Patti Wong, chairman of Sotheby’s Asia, for Monet’s landscape, Effet de Printemps à Giverny – further emphasizing the strength of Asian buyers in this market. 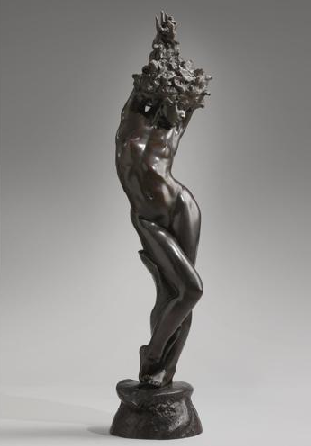 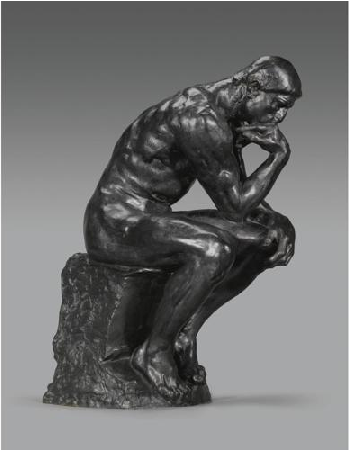 Bidding was strong across all mediums, with sculpture providing some of the most excited bidding of the night. An exceptionally rare lifetime of Rodin’s Thinker saw a four-way bidding war the pushed the price up to $11.8 million – more than twice its high estimate of $6million. The winning bid was taken by Jodi Pollack, a Sotheby’s expert from the 20th-century decorative department – Ms. Pollack’s client bought four sculptures throughout the night, totalling over $20 million. In addition to Rodin’s Thinker Pollack’s collector was the winning bidder on the sculptor’s Petit modele estimated at $1.5–2 million, for $2,546,500  as well as the only lifetime cast of the racy 1912 Romeo et Juliette, which broke its $450–650,000 on its way to a $3,442,500 finish. In addition to the three Rodin’s, the same client snagged a figural bronze by Isamu Noguchi entitled Udine (Nadja) $4.2 million above a $900,000 pre-sale estimate.

Amid the great success of the evening, there was no ignoring the seven lots that failed to sell – among these works was Edvard Munch’s Halvakt (Nude Half Figure) which was estimated to fetch $1.6 – 2.2 million and failed to find any bidders past the $1.4 million mark. This is the second Munch that has failed to sell this week; at Christie’s evening sale, Munch’s Fertility which was estimated around $30 million but went unsold when no one bid beyond $23 million.

ArtObserved are set to continue our auction season coverage next week when the Contemporary sales kick-off on Tuesday, April 11, at Christie’s sale which featuring works from the estate of the author Michael Crichton.

This entry was posted on Thursday, May 6th, 2010 at 4:28 pm and is filed under AO On Site. You can follow any responses to this entry through the RSS 2.0 feed. You can leave a response, or trackback from your own site.