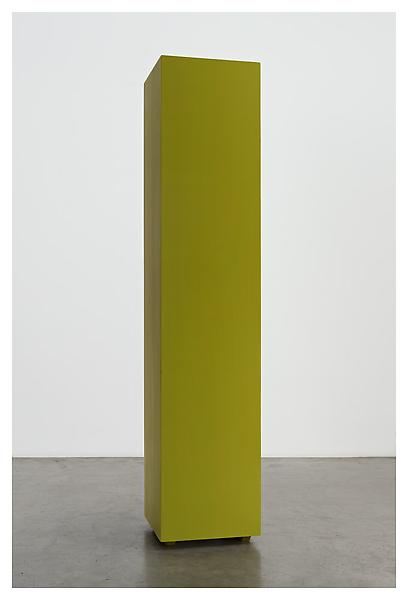 Currently on view at Matthew Marks Gallery are sixteen sculptures by Anne Truitt (1921-2004), marking the first time her works have been shown in New York in twenty years.  At first glance, the sculptures appear to align with the Minimalist ethos of Donald Judd, Robert Morris, and Mel Bochner, and indeed, Truitt was championed by Clement Greenberg in the sixties.  However, unlike the industrial methods of the Minimalists, her sculptures are hand-made investigations of color as a sensation, and how color relates to the sculptural presence.  Truitt explained that her “idea was not to get rid of life but to keep it and to see what it is.” 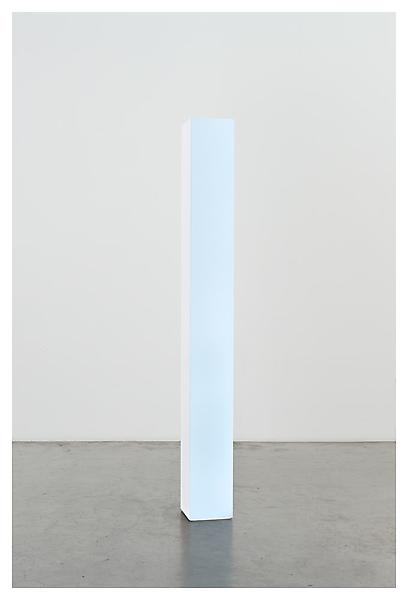 The sculptures are painstakingly fashioned out of wood, sanded, and a layer of gesso is applied. The color is painted on in alternating vertical and horizontal, visible brushstrokes, and sanded down between layers for a smooth finish. Truitt reveled in the process of creating her artworks by hand, and did not send off her idea to be manufactured industrially by someone else, thereby shifting herself out the procedures used by many other artists in the Minimalist category. Perhaps what places her further outside the Minimalist realm is her use of color. 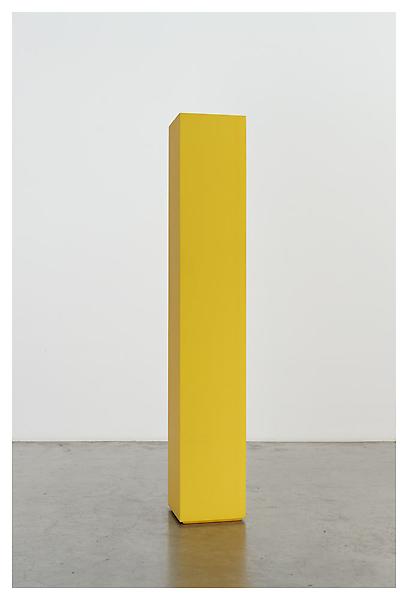 Olive greens, pale lavenders, natural yellow, blue-whites, deep blues populate the sculptures on view, often combined in subtle and surprising ways.  She always mixed her own colors, and believed that colors held a psychological dimension and a visual sensation which, when combined, stimulates a sensitivity to color. The colors are specific choices, and often vary in shade and hue within each sculpture that reveal themselves as your eye slowly adjusts to each work. This specificity pushes one deep into visual memory of colors, and can be seen in titles such as “Harvest Shade” (1996), “Sun Flower” (1971), and “First Spring” (1981). For Truitt, color should not be made into an intellectualized grid which “is clamped down on experience, thus rendering it inert.” 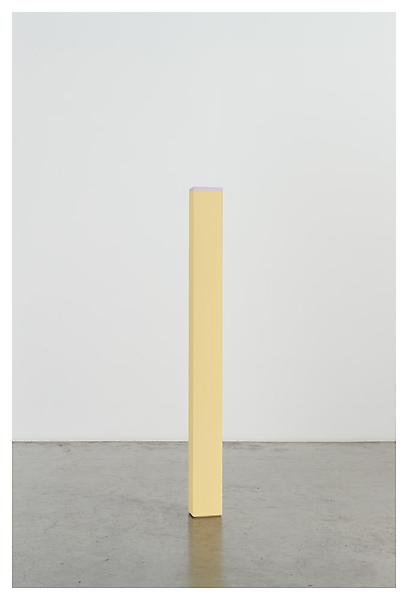 The relation between the sculptural form and color is complex, as each aspect undoes the other. That is, sculpture is essentially about the physical from and volume of the art object.  Color is optical.  When Truitt combines the two elements, the works become physical representations of color. Color becomes solid; it becomes three dimensional. The colors are de-materialized and stripped of any specific, material object connection, and are then re-materialized in a simple columnar shape. Truitt uses an invisible podium constructed for each individual work that creates the illusion of a weightless form, serving to negate some (but not all) of the physicality of the works. The stripes of contrasting colors on the tops of some works on view add to this illusion of weightlessness, and give the works a horizon line. 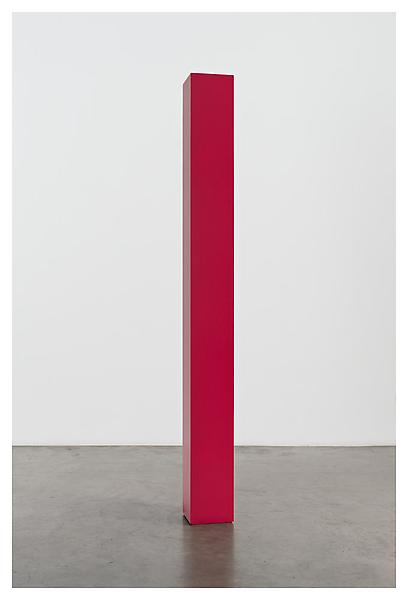 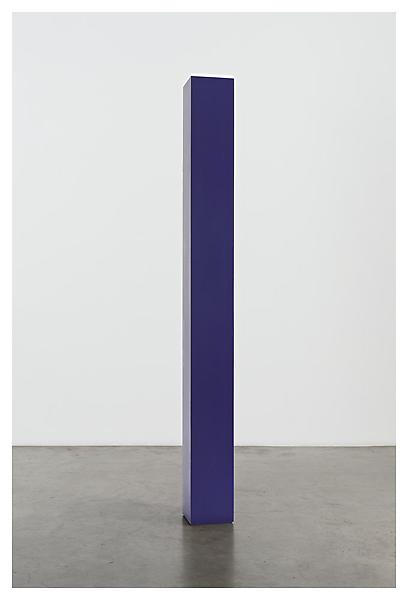 Also on view is the work “White: Four” (1962), which allows a glimpse into the beginning of her artistic career. The work maintains the columnal shape she was to use throughout the rest of her career, but has a visual reference to fences, houses, and barns, a reference that would soon be eradicated from her later works. Noticeably absent from the exhibition are her columnar sculptures with vertical stripes–but this exclusion serves to create a harmonious atmosphere of her solidly colored works in the main gallery room.  The exhibition concisely explores Truitt’s range of works spanning her entire career. 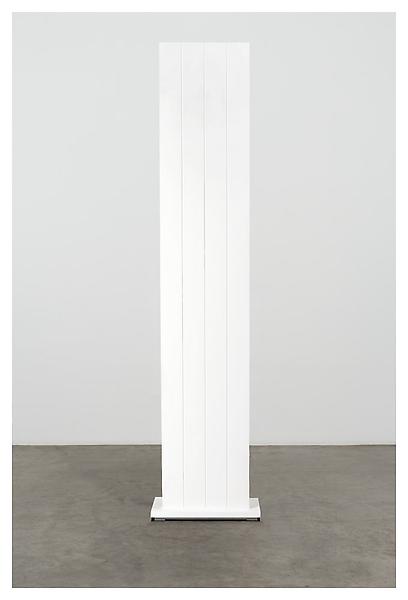 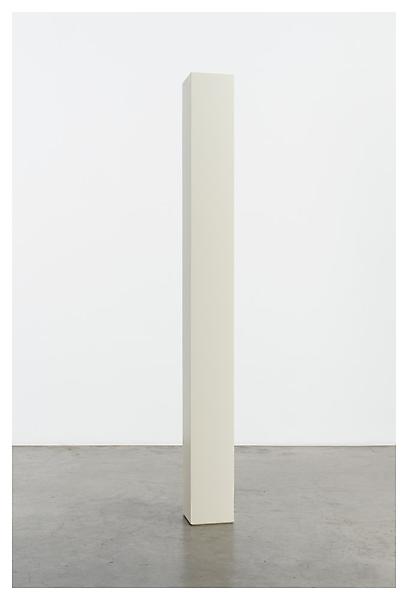 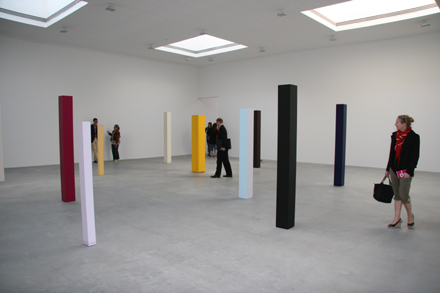 This entry was posted on Thursday, May 13th, 2010 at 4:33 pm and is filed under AO On Site. You can follow any responses to this entry through the RSS 2.0 feed. You can leave a response, or trackback from your own site.