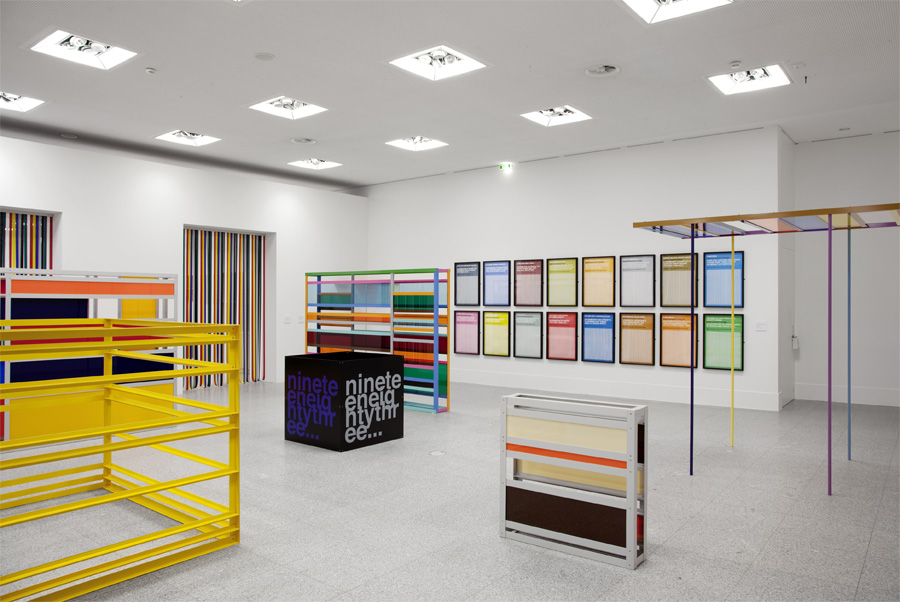 Currently on view at the Bundeskunsthalle in Bonn, Germany, are works by British artist Liam Gillick, in a show enigmatically entitled “One Long Walk… Two Short Piers.”  The exhibit includes works produced by Gillick over the last two decades, and presents itself as a comprehensive survey exhibition of Gillick’s work.  Gillick’s work has often been the subject of such retrospectives: this exhibit is very much in the same vein (albeit on a smaller scale) as Gillick’s mid-career retrospective entitled, “Three Perspectives and a Short Scenario,” which traveled internationally to the Kunsthalle Zurich, the Witt de Withe Center for Contemporary Art in Rotterdam, the Kunstverein Munchen, and the Museum of Contemporary Art in Chicago, from spring 2008 to fall 2009.  The amount of attention paid to the entirety of Gillick’s oeuvre points to his status as one of the leading conceptual artist working today. 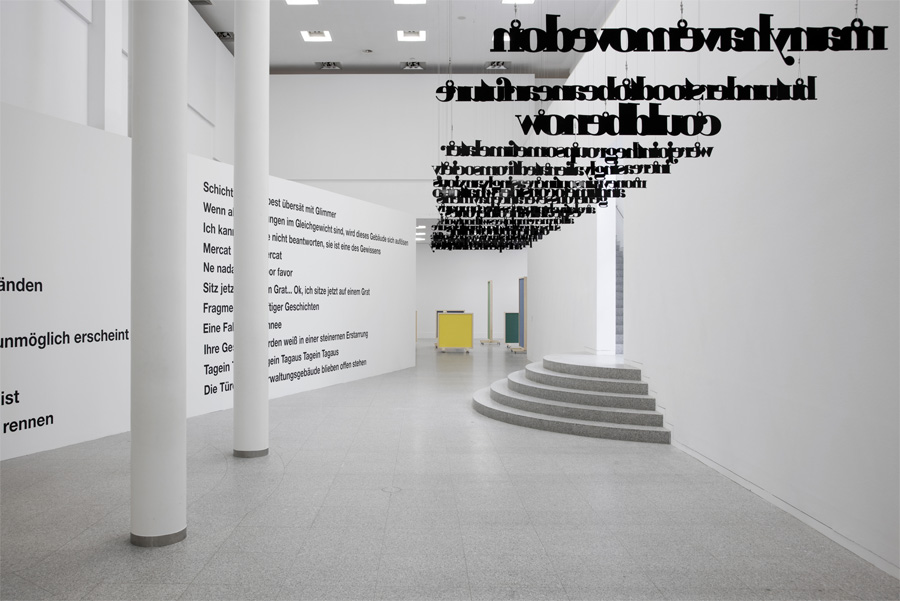 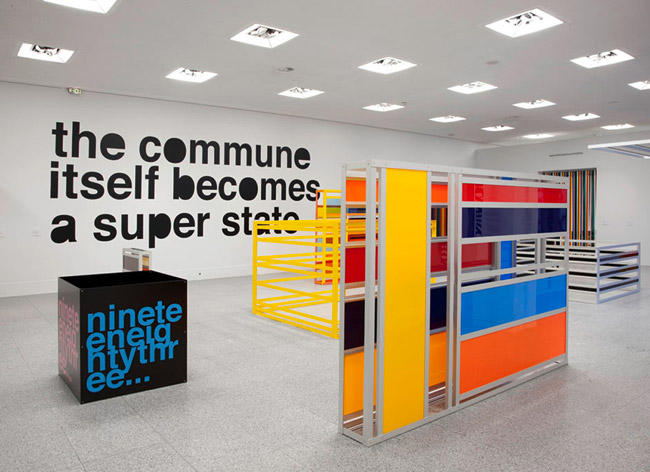 In the vein of Donald Judd‘s minimalist works, yet with a broader palette of colors, Gillick uses mass-produced materials, such as aluminum and plexiglas – forms and materials that have an existing function and set of associations in the world. Each piece looks familiar to the viewer, yet it is often difficult to assess how one should physically interact with the work.  This confusion produced by the work is part of Gilick’s project, as he is very aware of the physical presence of the visitor within the gallery.  Gillick is a highly versatile artist, whose work can take on a multiplicity of forms.  Towards the end of the 1990s, he began to physically incorporate words into his sculptures as an additional means of stimulating discussion – the texts are all related to different social models and utopian ideals. 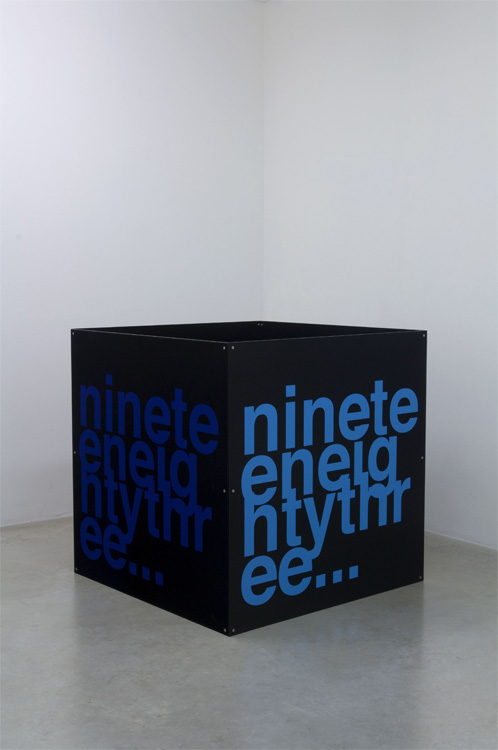 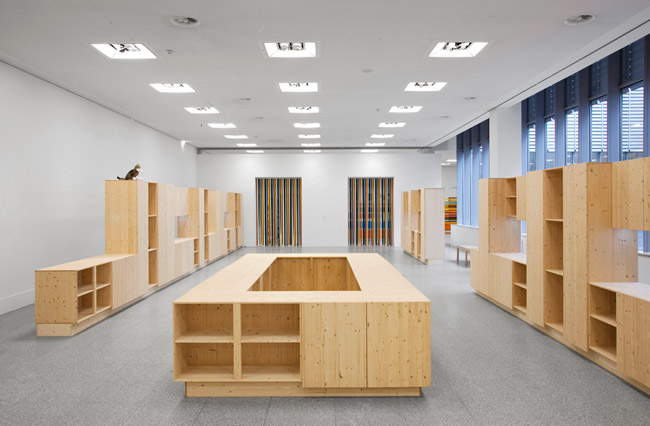 Liam Gillick, How are you going to behave? A kitchen cat speaks, Bundeskunsthalle installation view, 2010

After graduating from Goldsmiths College, Gillick emerged in the late 1980s and early 1990s as a part of the “YBAs” or “Young British Artists,” a group of artists who revitalized the British art scene.  Other YBAs (most of whom, like Gillick, are now in their forties) include Damien Hirst and Tracey Emin.  Gillick went on to represent Germany at the 2009 Venice Biennale, with a work entitled “How are you going to behave? A kitchen cat speaks.”  This work from the German pavilion is included here, in an attempt, as Gillick explains, to prove that his work is not site-specific and could function outside of the specific setting of the pavilion, a structure erected by Hitler in 1938.  “How are you going to behave?” consists of a set of modular kitchen cupboards and cabinets made of pine, which refer to a specific function that cannot be enacted.  In the Bienniale, Gillick reminded the visitor of the building’s history in a voice-over coming from an animatronic cat, perched atop one of the cabinets.  The cat is present in Bonn as well, though he now speaks German. 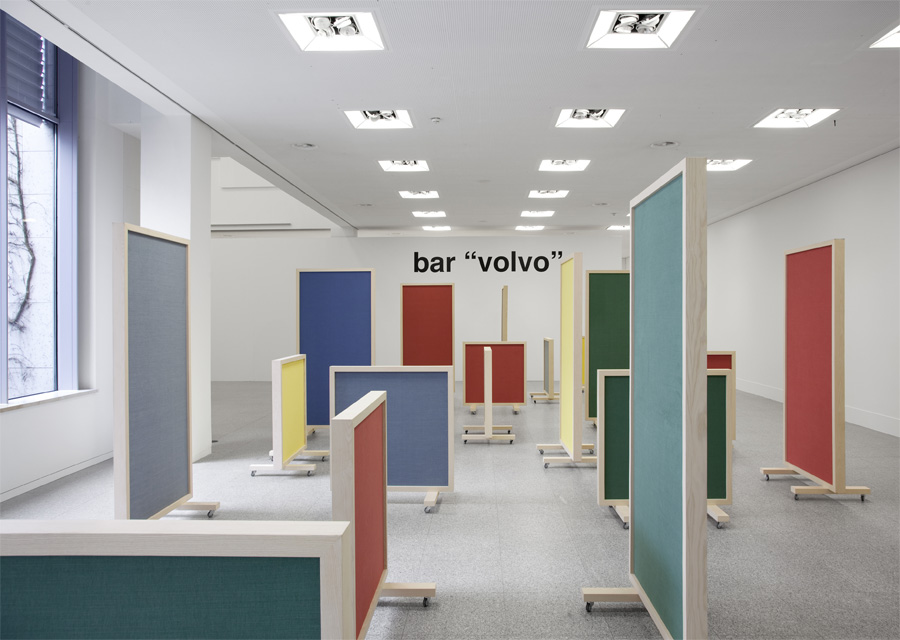 Another installation at the Bundeskunsthalle is Bar “Volvo,” one of the exhibits included in Gillick’s multi-part retrospective (corresponding to the “Short Scenario” portion of its title), originally presented at Kunstverein Munchen.  It consists of several panels of different colors, structures derived from acoustic panels found in recording studios.  At Kunstverein Munchen, a play meant to explain the interrelationships between the different elements of Gillick’s work was performed within this space, thus blurring the line between exhibition and performance space.  This is indicative of Gillick’s versatility: as well as producing his sculptural works, he has also penned a variety of plays, manifestos, works of fiction and of criticism.  This exhibit at the Bundeskunsthalle, by selecting pivotal works produced at different points in his career, allows visitors to become familiar with Gillick’s multifaceted productions and personality. 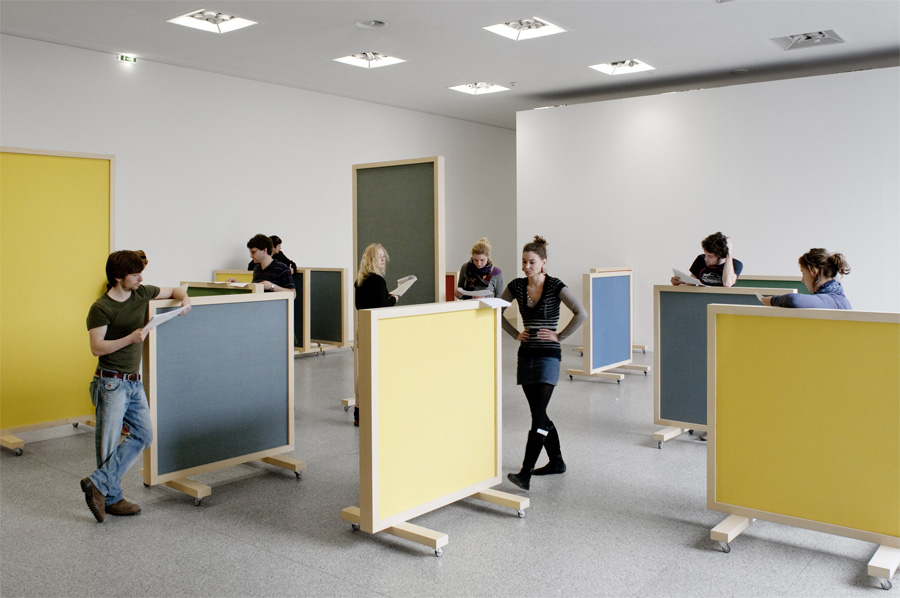 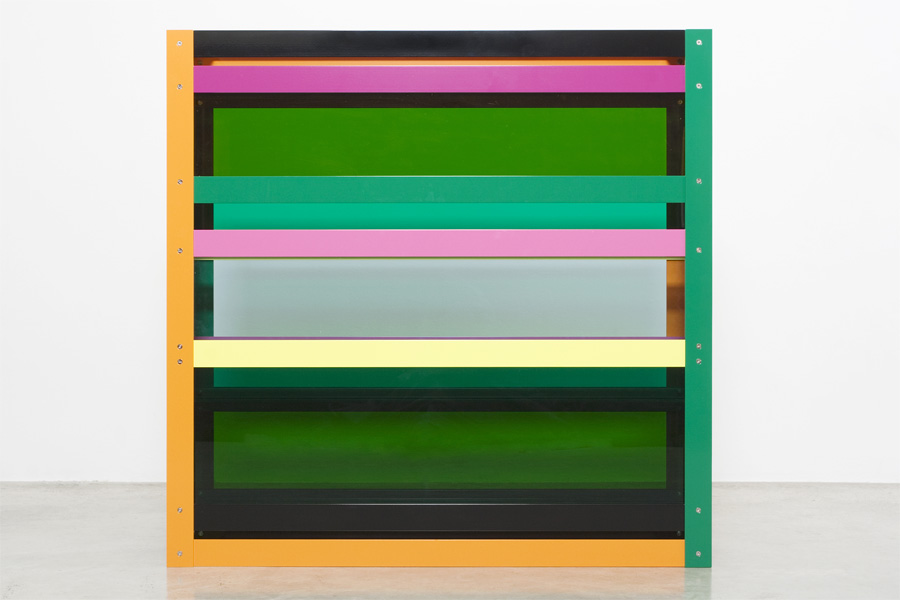 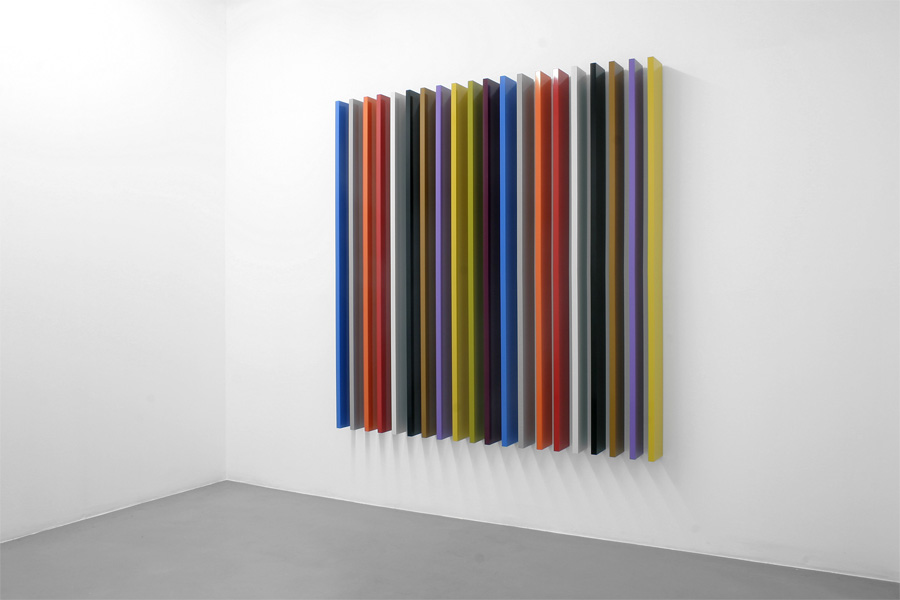 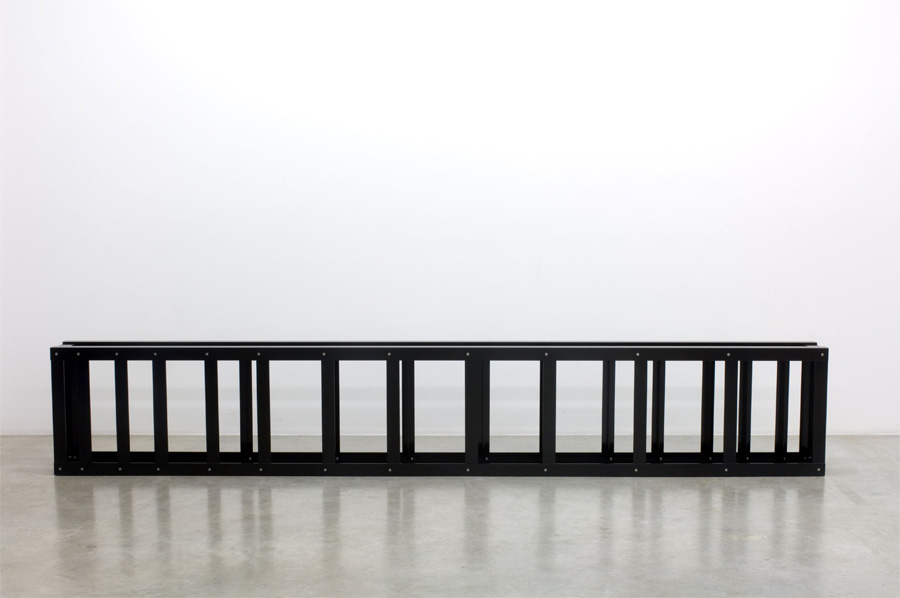 This entry was posted on Wednesday, June 23rd, 2010 at 1:00 am and is filed under Go See. You can follow any responses to this entry through the RSS 2.0 feed. You can leave a response, or trackback from your own site.

One Response to “Go See – Bonn: Liam Gillick at Bundeskunsthalle through August 8, 2010”